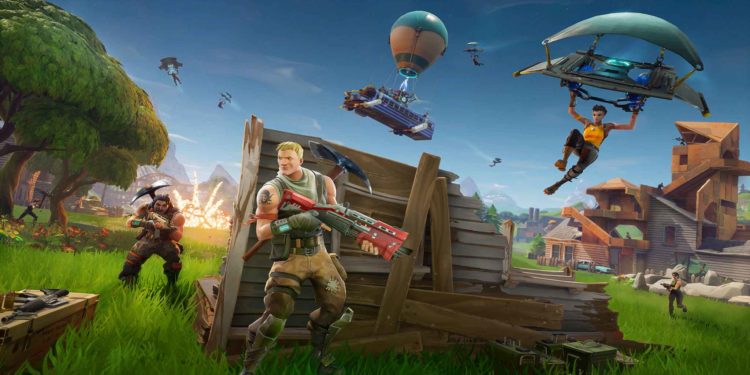 Fortnite Battle Royale took the gaming world by storm in September 2017 seemingly coming out of nowhere two months after the release of the original Fortnite, a PVE tower defense style game, that didn’t connect with fans quite as Epic Games had expected. In just months the company managed to take their tower defense mechanics and create a battle royale game after the success of other games in the genre such as PUBG. The game became a near-instant hit with players and by 2018 the game became the most popular game in the world with tens of millions of players jumping from the Battle Bus every day to try and earn a Victory Royale. As 2021 draws to a close Fortnite will enter Chapter 3, bringing the third map to the game as well as introducing new mechanics such as sliding. While we wait for the next chapter of the smash hit battle royale game to begin, now is a perfect time to take a look at some of the early skins that came to the game during Season 1, with some becoming highly sought after among players today. Here are the top 10 best Fortnite skins that were released during Chapter 1 Season 1. 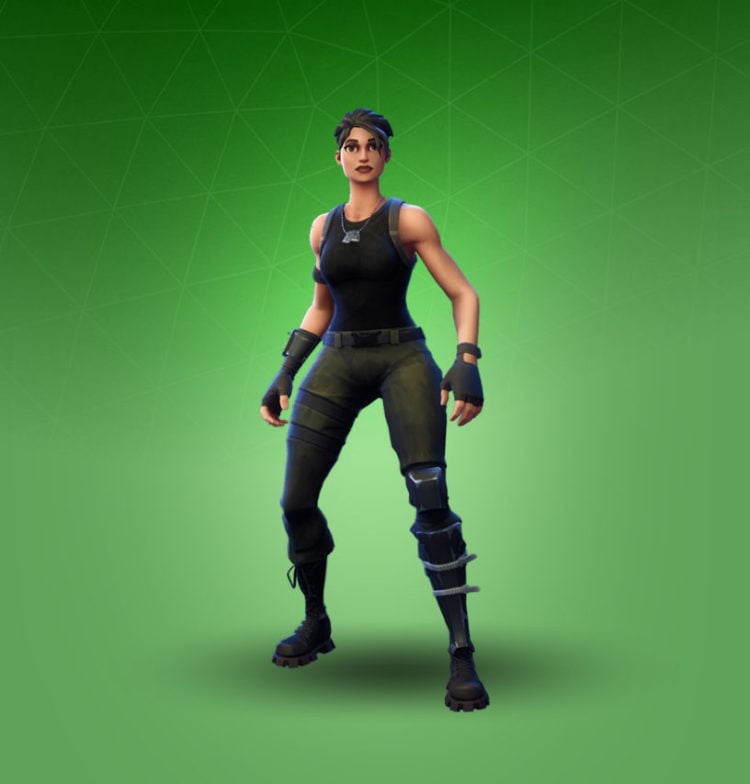 Compared to today, many of the original Fortnite skins were very basic, with Commando being almost identical to one of the original skins just with a black top. While it is lacking compares to more modern skins, sometimes simplicity is best and it is a great minimalist skin to use. 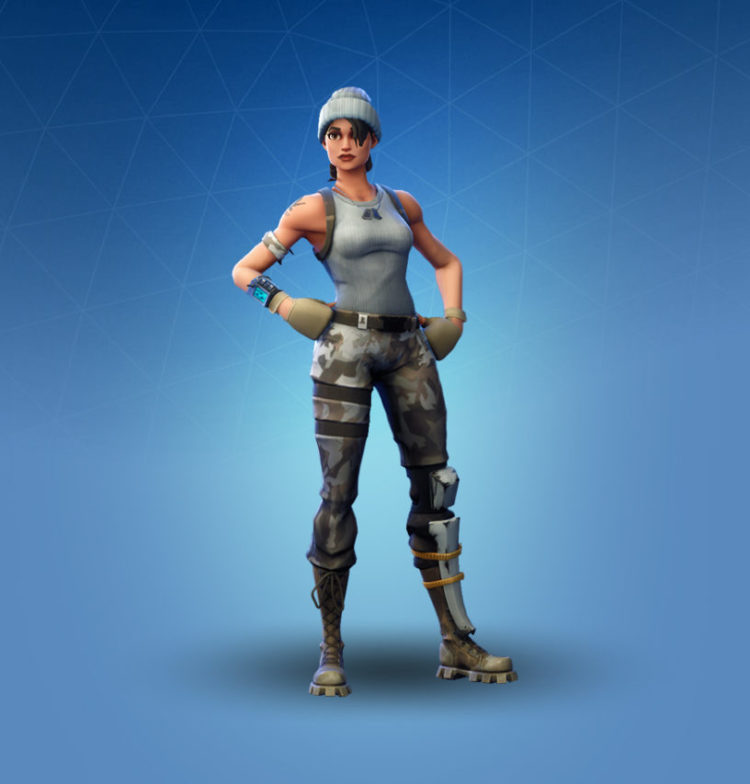 Many of the original Fortnite skins had a military theme to them, with Recon Specialist featuring white camouflage rather than the traditional green style. 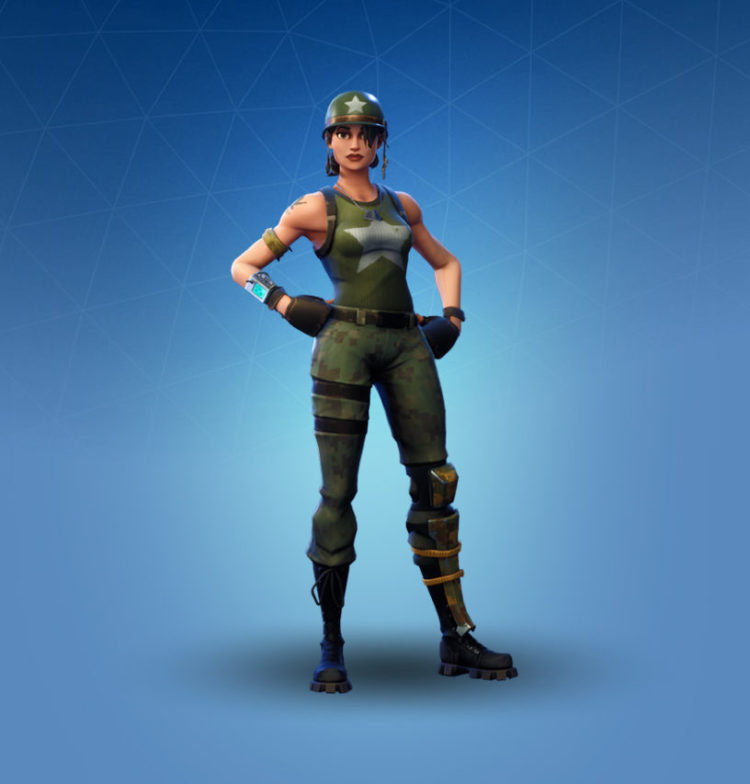 Munitions Expert is perhaps the most military-themed of the Season 1 skins, featuring all green camouflage and an army-style helmet, quite a fun skin that is rarely seen or even known about by newer players, with the skin not making an appearance in the Item Shop between 2019 and 2021. 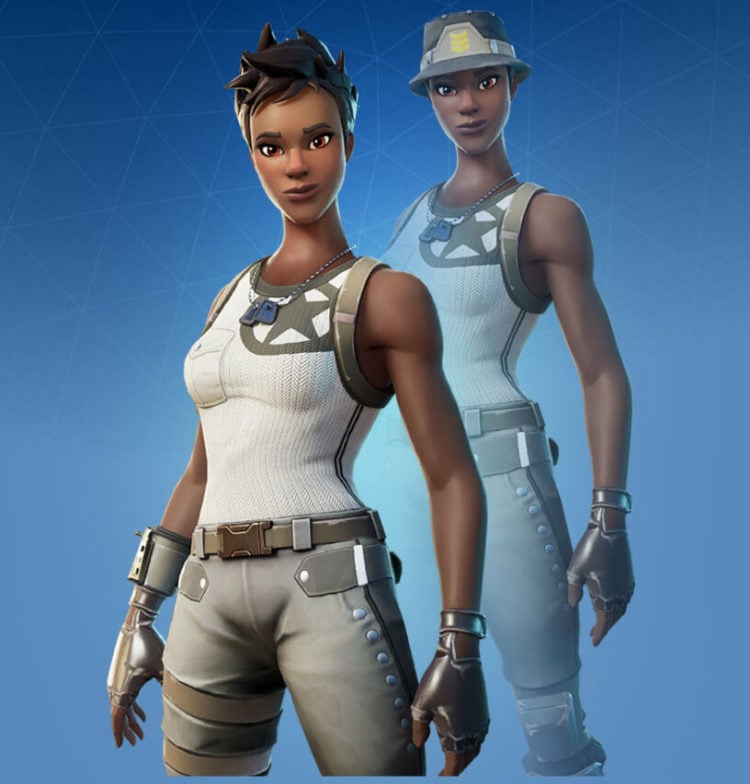 Recon Expert became one of the most desirable skins in the game after going over 900 days without being added to the Item Shop from November 2017 to May 2020. Since then it has become a regular part of the Item Shop rotation. 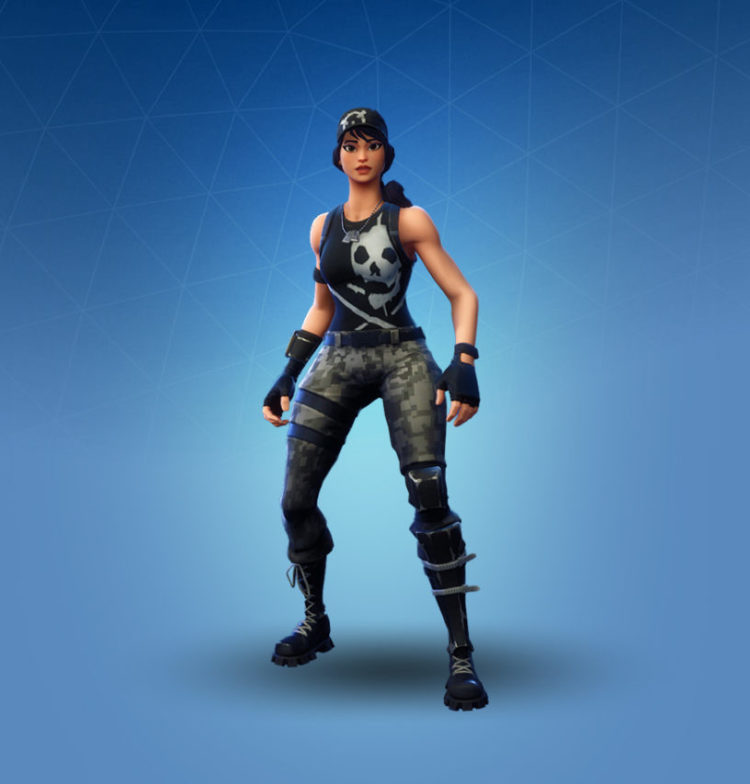 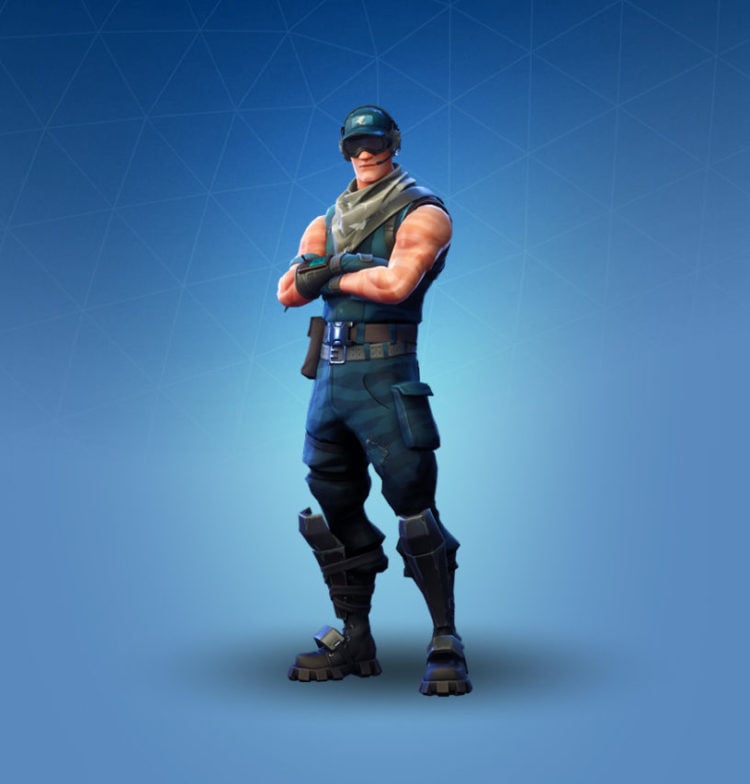 The First Strike Specialist has a pilot feel to him, with the hat, goggles, and headset. This is an incredibly fun skin that hasn’t been seen in the game for over 500 days. 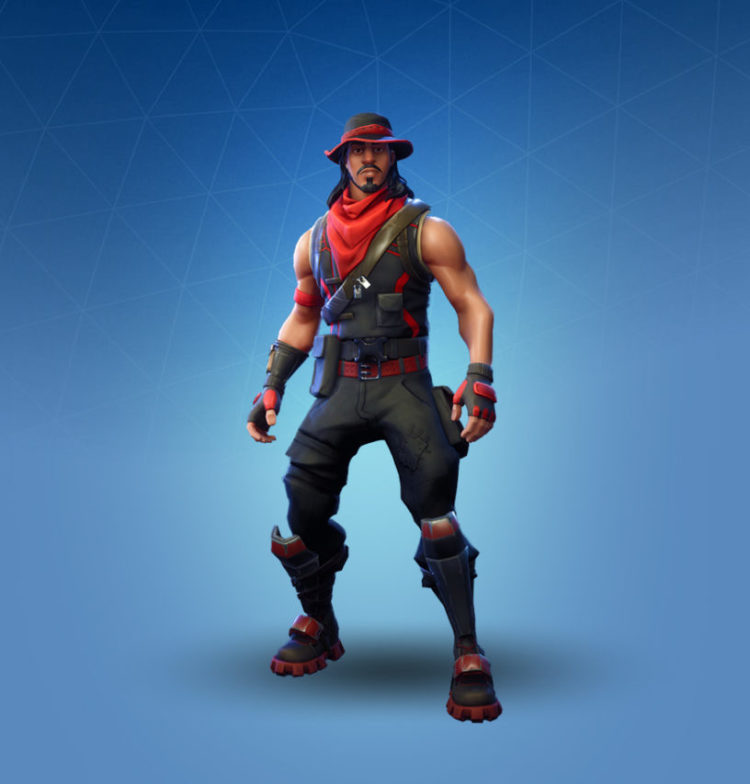 Desperado stands out from the rest of the military-style skins that were typically released during Season 1. The skin was forgotten about for a long time, with Desperado going over 500 days between Item Shop rotations from January 2019 to June 2020 before becoming a semi-regular addition to the Item Shop throughout 2020 and 2021. 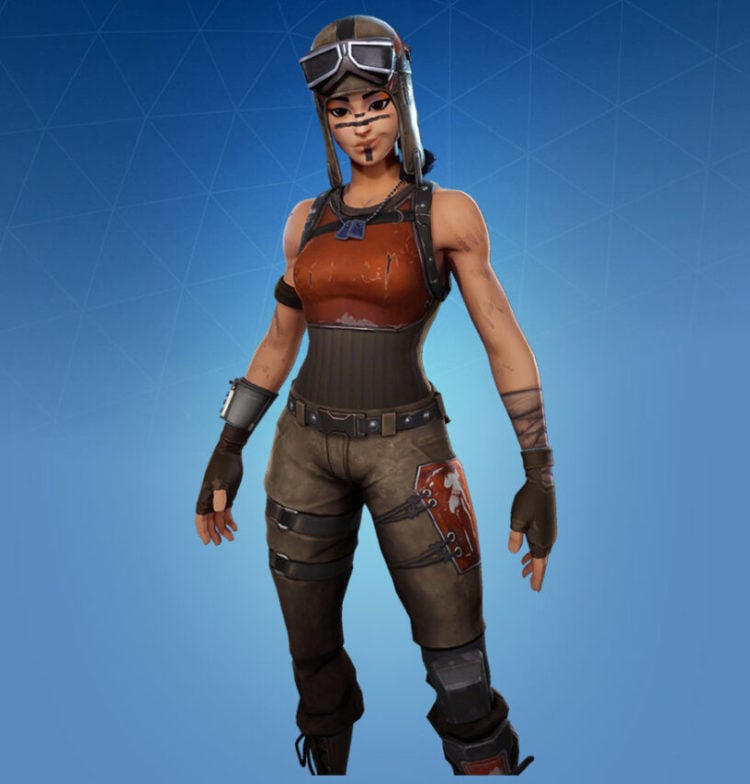 Now considered to be the rarest skin in the game, Renegade Raider is currently the more desirable skin in the game due to it not being able to be released in the Item Shop based on Epic Games’ rule that Battle Pass skins won’t be sold once the season ends. With Chapter 1 Season 1 there wasn’t a traditional Battle Pass like we see each new season today. Instead, there was a Season Shop, where players had to level up to a certain point to be able to then purchase skins with V-Bucks. With the game being so new and having not quite gained a lot of popularity at the time, many players opted to not spend money on the game yet in case they stopped playing shortly after. This means that many players who played at the time don’t have the skin, which makes it rarer. Epic Games has released various alternative versions of the skin over the years such as Blaze, a fire version of Renegade Raider, but nothing will beat the original. 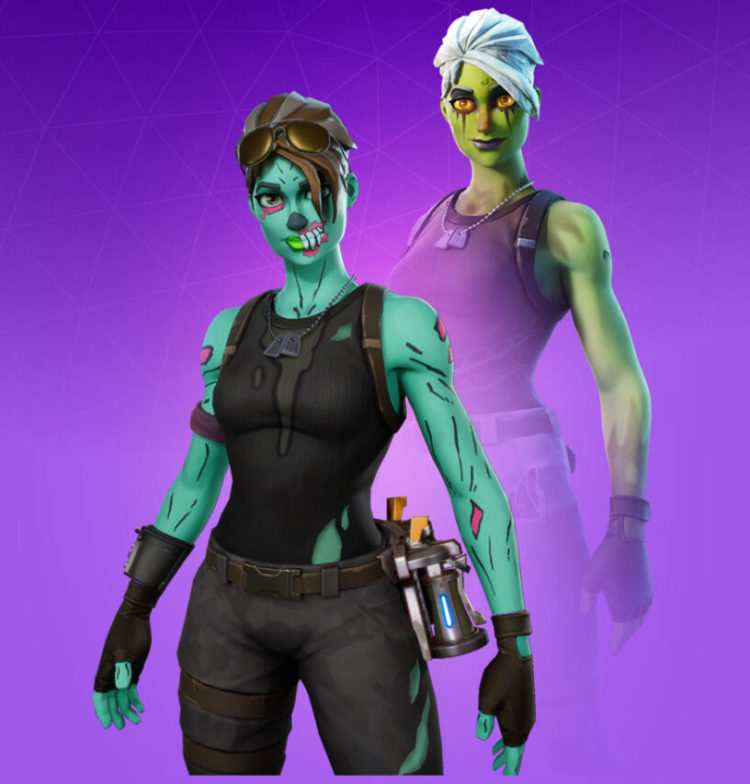 After having skipped the Fortnite Item Shop in 2018, the Ghoul Trooper became one of the most sought-after skins, with it being considered “OG” and players would often flex the fact they owned the skin. Similar to Skull Trooper, the skin now makes a regular appearance in the Item Shop every Halloween and has received a number of styles, with a pink skin version being exclusive to “OG” players who purchased the skin back in 2017. 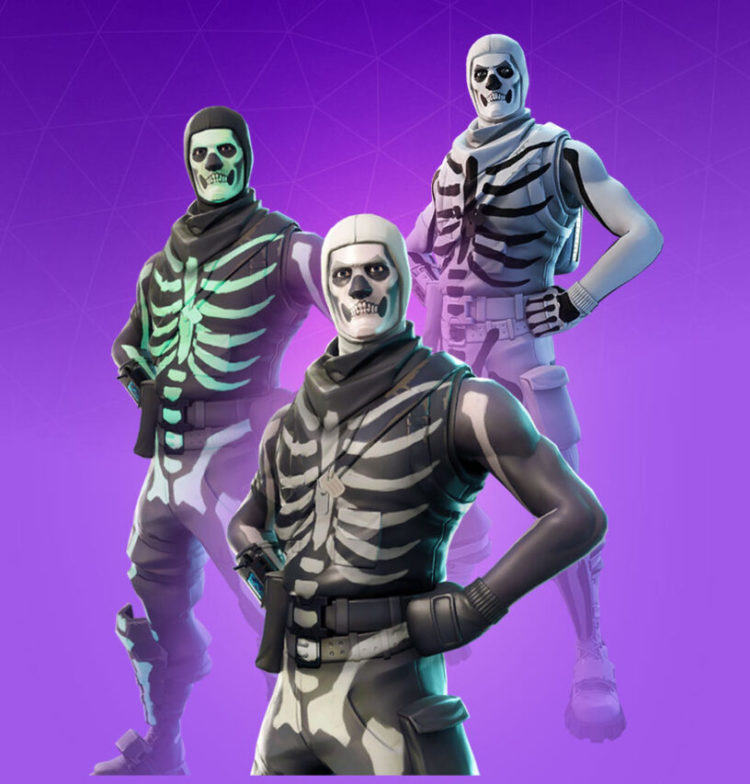 Skull Trooper has become one of the most iconic characters in the Fortnite universe, with the character making a return to the Item Shop every Halloween. The skin has been featured in many parts of the Fortnite story, including many season cinematic trailers. One reason why Skull Trooper is so popular with fans is that he typically receives a new style each year, with there currently being five color styles, although one is only available to players who purchased the skin in 2017, these colors are the original black and white, black and purple, black and green, black and gold, and white and blank. A female version of Skull Trooper was released called Skull Ranger, which has followed the same trend of receiving the same styles each year. 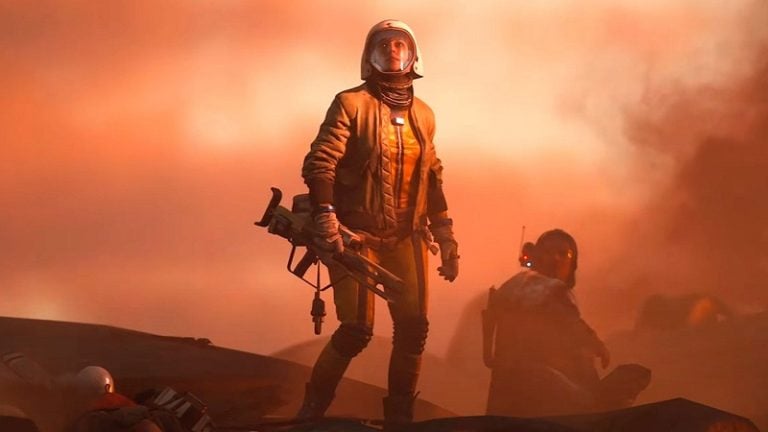