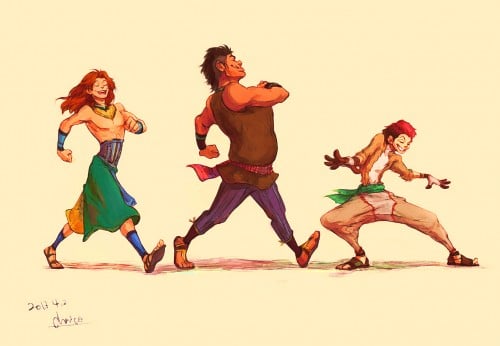 Ever wonder what The Lion King would look like if it were cast with actual people? Well, if you missed the Broadway show (or the inevitable Hollywood reboot in the future), here’s one idea.

From artist Chacckco, we have this cool little piece which personifies three of the film’s main characters, Simon, Pumbaa and Timon. It’s weird to list Pumbaa before Timon, that never happens. Remember when they had their own show? That was great.

I’m surprised Pumbaa is more buff that pudge, but I guess you’d have to be to fight off all those hyenas later on.