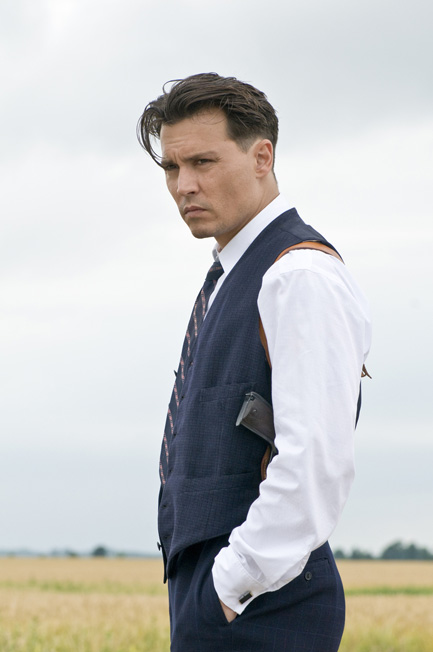 In my estimation, Michael Mann is one of Hollywood’s most interesting directors. Not because of a unique filming style, or truly out-there projects, but because of his seemingly permanent status as a middle-of-the-road filmmaker, a mantle which he may never be able to throw off.

His previous two films, Miami Vice and Collateral were slick and smooth, but far from classics. Before that, Ali was supposed to be the story of one of the world’s greatest athletes starring one of the world’s greatest actors, but ultimately failed to deliver a knockout punch. And going way back, The Insider and Heat are indeed genre staples, but still are lacking in many areas. And don’t get me started on his first piece of failed Oscar bait, The Last of the Mohicans.

The common thread here seems to be that all of his films are certainly watchable, but most of the time, they don’t stay with you. But now with Public Enemies, Mann may have found his best hope for a genre classic in years, and thanks to Johnny Depp may have finally created a truly memorable character in John Dillinger.

It’s the 1930s, a time when crime seemed to be a hell of a lot easier. Before metal detectors, silent alarms and police with walkie talkies, all it took to rob a bank was a handful of Tommy guns, four men with tremendous balls and a minute forty flat. And no one had bigger balls than John Dillinger, who was not only the country’s most notorious criminal, but in turn became one of its biggest celebrities with his daring bank heists and jail breaks.

Johnny Depp is the only man alive who’s allowed to show up in your bathroom with that creepy of a mustache.

Without a doubt it’s Johnny Depp that makes this movie. The charm and swagger he brings to Dillinger is actually worthy of a better movie than this one, and the rest of the cast and Mann simply try to keep up with him. Depp may actually be the best representation of a real life criminal we’ve ever seen on screen, beyond DeNiro’s Al Capone, Pitt’s Jesse James and even Dunaway and Beatty’s Bonnie and Clyde.

If only the rest of the film was up to the high bar that Depp sets for it. But with his performance in the stratosphere, it pulls the rest of the film up with him, and the experience ends up being an entirely enjoyable one despite an overly long running length filled with too many lulls and too many guys in grey suits to keep track of.

The other big headliner of the film is Christian Bale, though you’ll notice in recent television ads his involvement has been kept to a whisper after his other summer entry, Terminator Salvation, was panned by critics and fans alike. But Bale is perfectly adequate in his role as FBI agent Melvin Purvis, but the problem is that it doesn’t really require much of him besides the ability to talk in a convincing American accent. 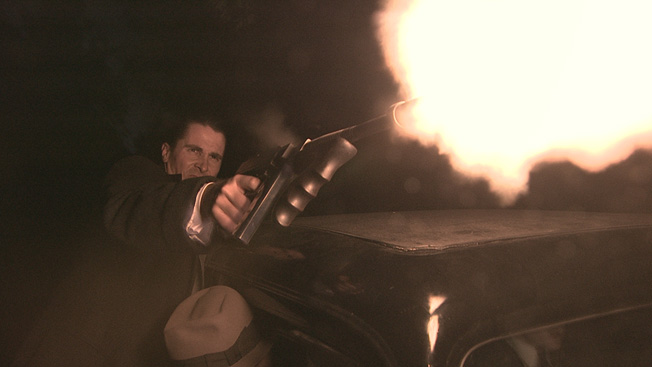 “THIS IS JOHN CON-MELVIN PURVIS. I DEMAND THAT YOU STOP RIGHT NOW.”

Another Oscar winner chimes in for a supporting role, and it’s a shame they don’t give Ms. Cotillard more screen time. She’s mostly relegated to being Dillinger’s pet throughout the course of the film. He asks her out by punching a customer at her job in the face and ordering her to quit on the spot. She does. Hey, no one ever said Public Enemies was supposed to be a representation of ‘30s feminism.

The rest of the cast is peppered with a flood of recognizable faces made unrecognizable by depression era hair and clothing. Keep a sharp eye out for Billy Crudup as FBI honcho J. Edgar Hoover, Channing Tatum as Pretty Boy Floyd and Giovanni Ribisi as Alvin Karpis.

In addition to a deep cast, the film benefits from Mann’s slick filming style which is especially appreciated in the era, and he makes the ‘30s come to life in a way we’ve never really seen before. And despite a distinct lack of slow motion and M-16s, he orchestrates some truly memorable action scenes that flash back to his old Heat days. Sure the film could use a half an hours worth of trimming, and a bit more for Cotillard and Bale to do.

But despite minor failings, Public Enemies is overwhelmingly a success and Mann should be praised for making a great film about an era that no filmmaker has touched in years. In a summer where money is being unloaded in dump trucks to fund horrible CGI blockbusters, it’s nice to see someone going back to the roots of filmmaking, where great acting and writing was honored above giant robots and superheroes. Let’s hope others can learn from this film’s lead. But yeah, they won’t. 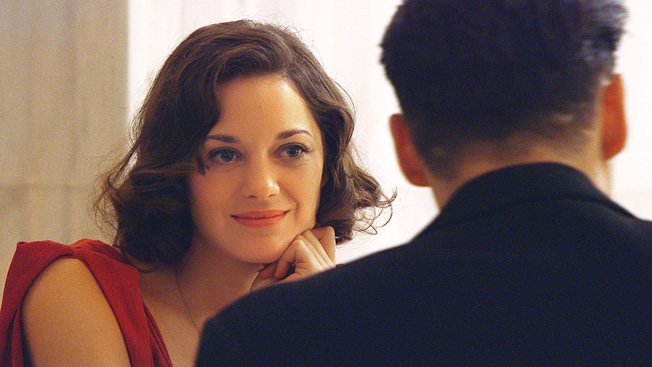 “I won an Oscar too you prick, and I just have to sit here making ga-ga eyes at you?” 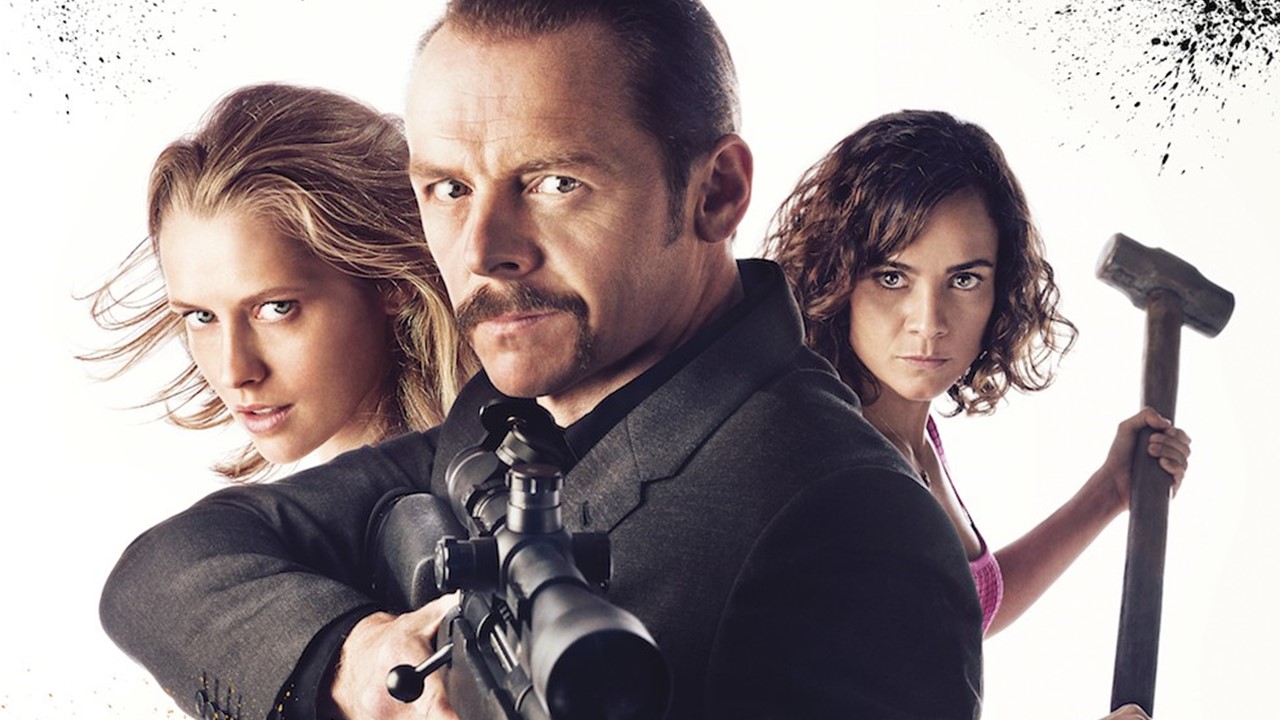 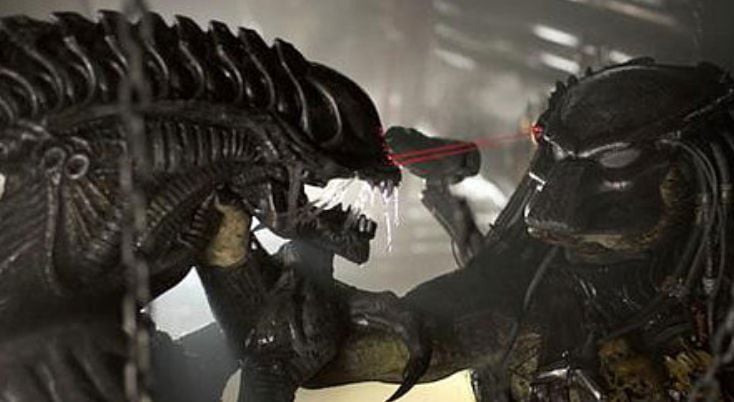