Watching The Terminator right after Avatar is an interesting experience. More similarities exist than you might think; James Cameron’s ear for dialogue hasn’t improved much; likewise, his eye for action is as good as ever. One thing’s for sure: the Cam (we call him that, right?) has definitely softened up a lot since 1984.

Which… isn’t terribly surprising, honestly. It’s kind of just what happens when a revolutionary indie artist becomes part of the mainstream and then ages thirty years. It seems more or less inevitable that the hotshots who rain fire on the film industry in their youth would slowly, inevitably find themselves drawn towards less shocking, less polarizing projects.

But what are we supposed to do when we start feeling like our favorite filmmakers are getting boring in their old age?

This seems like a relevant disclaimer: I know that cultural tastes simply change, in narrative art more than a lot of other things. Tragedies, successes, politics, mores… all this stuff affects the kinds of movies we like to see, and the kinds of movies that filmmakers like to make. Let’s just bracket all these variables for the sake of the conversation and admit that there is still a way in which most filmmakers just mellow out over their years. 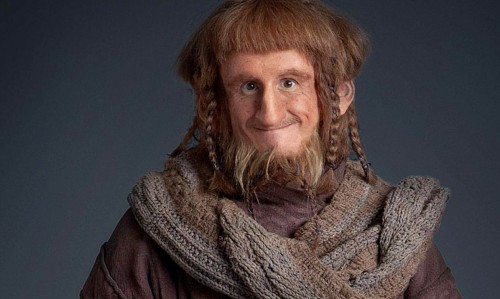 One of the simplest anecdotes I can think of to illustrate this topic is an answer Spielberg gave during a conversation about Close Encounters of the Third Kind. Time has turned the movie into an icon; it remains a defining portrait of an artist who finds himself obsessed with the potential and limits of humanity’s visions. Spielberg basically admitted as such, with one caveat: If he could make the movie again, he never would have had Roy leave his family at the end.

To be perfectly honest, that’s the one detail that always made me a bit uncomfortable with the movie. It’s a small gesture, but such a change would completely change the meaning of the movie. It would take a character whose final journey was realized in a step away from the world he knew and loved, and bring him around to a lasting understanding of the value within the world he grew up with.

But what changed between Close Encounters and Spielberg’s re-appraisal of it? Well, probably just about everything, but what seems obvious to this writer is that Spielberg found himself in the company of a wife and several children. 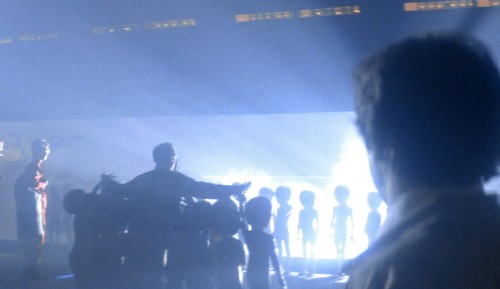 Speaking from my own experience, transitioning from the young joy of finally getting free of your family, to the (still young!) responsibility of providing for your own, is a shift that affects everything. It goes beyond a simple “getting older” thing into a true revolution in worldview. You no longer commenting on the world from the outside; you’re helping to build it from within.

I’d guess a bit of that happened to the ol’ Berg (we call him that, right?). Not to imply he was ever making transgressive art films or anything, but you can definitely chart a slow evolution in his sensibilities as he gets older. By now, the Spielberg who liked to shock and poke his audience with the lurid events of, say, the Indiana Jones franchise has become… well, a bit of a softy.

Sidebar: It bears mentioning that I disagree with the blanket accusation that Spielberg’s a more cautious filmmaker now. His output from ‘01-’05 is more morally uncertain or outright cynical than any other period of his career. In particular, Munich stands as an intensely dark, almost totally bleak movie. One finds it hard to deny, though, that War Horse and Lincoln and Tintin are unlikely to alienate anybody in particular, except perhaps people who only like movies that have an inherently alienating quality in them.* 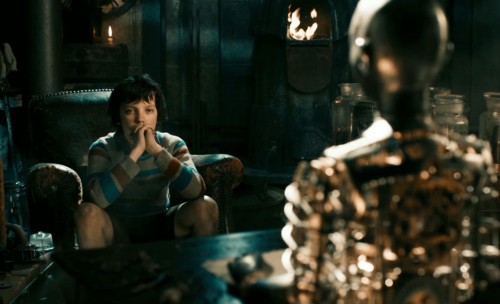 Speaking of Tintin, there’s also a certain tendency of directors — especially big Hollywood types — to get seduced by seeing “what they can do” in a movie. Perhaps this is a natural extension of having had a number of successful movies; maybe an artist starts to feel like he has sort of “said everything” that he has to say. Spielberg seems to flip-flop. Lincoln is a rather pointed message-first movie, while Tintin’s greatest accomplishment is giving Spielberg the freedom to show how truly, terrifyingly good he is at using a camera. Elsewhere, Cameron’s messaging seems to be regressing to pure tropes, while his technical skill at wordbuilding is basically unmatched. Even Scorsese descended into pure gee-whiz mode with Hugo. Etc.

Another important question: What’s the difference between an artist “losing their nerve” and one who’s simply evolving? Well, let’s consult the master of onscreen evolution: David Cronenberg. I’ve written before about the way Cronenberg seems to be procedurally alienating everyone his fanbase. His last several movies have severely toned down the body horror he defined back in the eighties, turning his usual psychological themes into actual psychology instead of analogous mutant limbs and biological televisions. 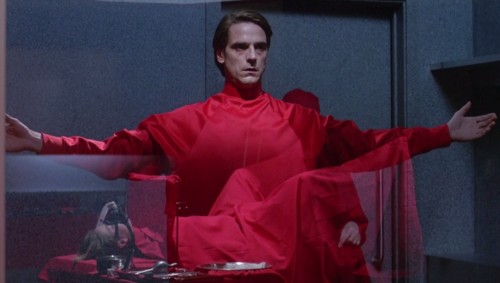 You could certainly argue that he’s not as bold a filmmaker as 80’s Cronenberg was — many fans/critics have done just that — but I hold the view that his progression represents an expansion of his palette as opposed to a contraction. In other words, he’s simply finding new ways to address the same ideas he’s always been fascinated with. Isn’t that more interesting, ultimately, than returning to the same well over and over again? Even if said well contained fly/human hybrids and some of the most disturbing sex scenes in movie history?

I suppose not in everybody’s mind. Our tastes, while worthy to debate, remain largely our own possession. Which brings me to my final point:

These people are still individuals. In the best of all situations, their careers follow their own tastes instead of catering to ours. And… well, tastes change with age (just ask David from eight years ago what he thinks of Sin City). So my suggestion in response to the title of the piece is a simple one: Just remember why you loved them, and don’t forget they might still have something to teach you.

What do you guys think? Can we let our groundbreaking directors become passé with grace, or am I going too easy on them?

*Since his upcoming slate includes an adaptation of Roald Dahl’s The BFG, this seems unlikely to change.