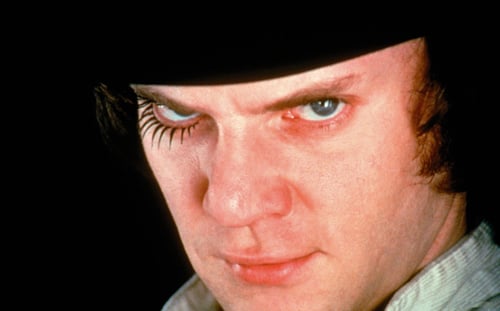 We create a lot of lists here at Unreality and for some time, I’ve been thinking about doing a list on the Top 100 Movie Characters of All Time.  I still may get around to it – mostly because I think creating it would be fun – but the fact that those types of lists are entirely subjective makes me somewhat hesitant to proclaim who the top movie characters are.  Instead, I figured I’d list my five favorite movie characters and write about my reasons for choosing those characters.  You may find that some of the characters I adore would not even crack a list of your top 50 characters, but hey, at least this way I can’t be wrong.  More importantly, though, I’m interested in what you guys make of these characters, as well as who your top 5 movie characters are.  I’ve come to really appreciate the reader feedback around here; without it, I would have missed out on Primer, Buffy, and Hayao Miyazaki films, just to name a few items of interest.

So anyway, here are my top 5 movie characters of all time, not presented in any particular order.  I look forward to comparing my list to yours.

Atticus Finch – To Kill a Mockingbird 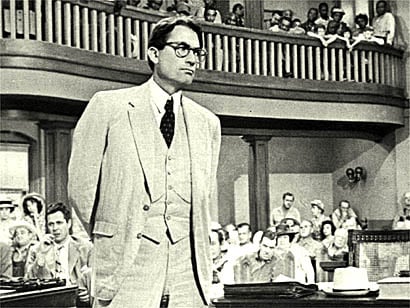 Atticus is the one guy who makes me feel like it’s still OK to be a lawyer.  In a town full of racists, Atticus stepped up to defend Tom Robinson, a black man accused of raping a white woman.  Many people in Maycomb, Alabama were against Atticus – particularly the alleged victim’s father – but Atticus stayed true to what was right.

In my Trial Advocacy class in law school, we spent a day watching various clips from courtroom movies, one of which was a scene where Atticus defends Tom.  Hollywood screws a lot of things up, especially when it comes to the law (the cross-examination in A Few Good Men is borderline obscene), but Atticus is, by any standard, one heck of an attorney.  It’s arguable that he may actually be a better dad than lawyer, too, which is why he’s easily one of my top 5 movie characters ever.  Who wouldn’t want Atticus as his or her dad?

Seth Gecko – From Dusk Till Dawn 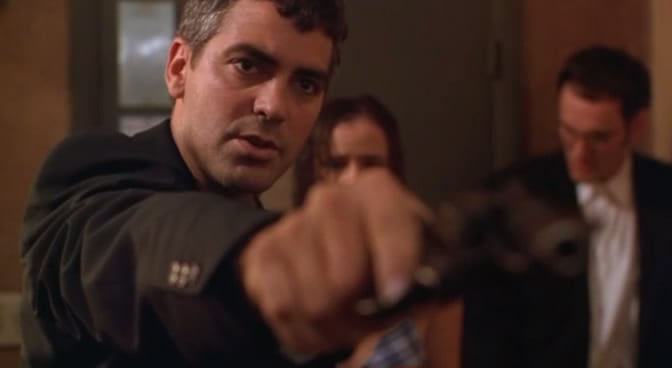 As Seth himself once said, he’s a bastard, but he’s not a f*cking bastard.  I really don’t know of too many characters that are cooler than Seth, a guy that’s quick to rob banks, take hostages, whip his gun out as naturally as breathing, beat the crap out of bouncers, and slam down shots of liquor after slaying a bar full of thirsty vampires.  At the end of the day, though, Seth has a good heart and doesn’t like hurting people he doesn’t have to.  He also has one of the greatest tattoos I’ve ever seen which has no doubt inspired legions of douchebags to mark up their arms with tribal ink for a far less impressive result.  I’d also add that if anyone else spoke the way Seth does – a sort of witty, tough guy speak – they’d be laughed at.  Seth just makes it seem cool.  My original man crush, ladies and gentlemen – Seth Gecko. 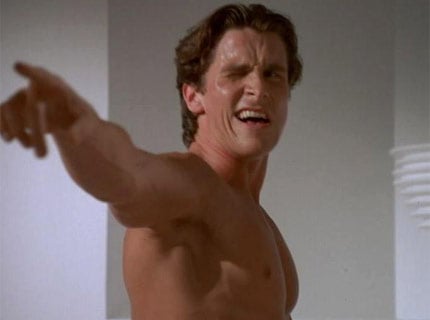 To be honest, I’m not a huge fan of the movie American Psycho.  I think it’s pretty funny and parts of it I really enjoy (the business card scene, for example), but it’s certainly not one of my favorites.  The book, however, is one of my favorites, and I think that Christian Bale, all things considered, did a pretty bang-up job of bringing Patrick Bateman to the big screen.  American Psycho is a poignant commentary on the materialism of the 1980s, and Bateman hilariously captures everything that was “wrong” with that period of time.  Patrick is defined by what he wears, where he works, and who he dates – just like everyone around him.  Where he differs, though, is that he maintains his status just to fit in; he can acknowledge that Patrick Bateman as a man is simply a shell that houses a cold, calculating, bloodthirsty consciousness.  And that’s truly scary. 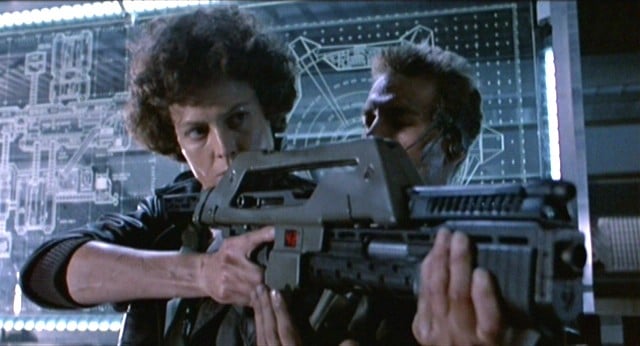 You didn’t think this list was going to be all dudes, did you?  What I like so much about Ellen Ripley is that she is the very, very rare female protagonist that can come across as completely bad ass while still showing vulnerability and femininity.  The photo above is actually from one of my favorite scenes in Aliens – Ripley is more than capable of handling a pulse rifle, but she’s not such a brute that she can’t also flirt a little bit with Hicks.  It’s that small subtlety that makes me truly adore Ellen Ripley, not that subtlety is necessary to appreciate her – rescuing an orphan, torching a room full of xenomorph eggs, and climbing into a cargo-loader to battle the queen xenomorph are reason enough. 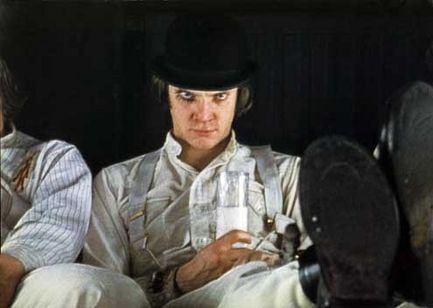 …and we make our way to Alex DeLarge, my little droogies.  I suppose it’s easy – especially for teenagers – to appreciate Alex’s penchant for ultraviolence, but I love Alex for his role as an absolute and utter hustler.  Allow me to explain.  Alex is, when it comes down to it, a dangerous gangster.  He’s the leader of his gang and views his underlings as sheep, manipulating them to serve his own wants and needs.  When someone steps out of line and questions his authority, Alex responds quickly and brutally, whipping them into submission and back under his control.  He’ll stab, rob, rape, fight, and get wasted on drug-laced milk on a seemingly daily basis, but what separates Alex from the rest of the country’s maniacal youth is his ability to suddenly turn on the charm and hustle just about anyone he comes across.

Alex’s plans don’t always work – Mr. Deltoid knew he was full of shit – but he was able to fool his own parents and survived in prison long enough to volunteer himself for the Ludovico technique.  His masterful use of language, appreciation of classical music, and incredible charisma make Alex a bold leader who stands out from the rest of the pack and, in the end, gives him the last laugh.  Best of all, he works his charms on the audience themselves through his narration.  Some may find Alex despicable, but the villain in me can’t help but admire him.