1. Has a Consistently Light-Themed Name

Lumine isn’t named Lumine in every single version. However, her names are consistently light-themed just like how her brother’s names are consisently sky-themed. After all, lumine is a verb that means “to illuminate,” which makes sense because it comes from the Latin lux for “light.” Meanwhile, Aether was the Greek personification of the upper sky.

2. Presumably Not Named Hemera Because that Would’ve Been Very Awkward

It is interesting to note that Aether had a sister named Hemera, who was the Greek personification of the day. As such, interested individuals might wonder why Lumine wasn’t named Hemera, seeing as how that is a light-themed name as well. If so, there is a simple answer to that. The Aether and Hemera of Greek mythology were siblings who were also married to one another, which was presumably not the kind of image that Mihoyo wanted for the protagonists of their game.

3. Her Name Is Always Lumine in the English Version

Curiously, Lumine’s name is always Lumine in the English version of Genshin Impact. This might sound strange when the player can name their protagonist whatever they want. However, the protagonist used their canon name when meeting their sibling in the storyline, which suggests that the player-assigned name is a pseudonym rather than their true name.

4. She Isn’t a Total Player Surrogate When She Is the Protagonist

Often-times, protagonists are player surrogates as much as independent characters in their own right. Some lean more towards one direction while others lean more towards the other. Player choices in Genshin Impact can have some minor effect on how the protagonist presents themselves to everyone around them. However, there are moments that make it very clear that the protagonist has a motivation that overrides everything else, which can be jarring for people who are accustomed to thinking of them as just the vehicle through which they experience the setting.

5. She Is Not Native to the Setting

Whether Lumine has been chosen as the protagonist or not, she isn’t native to Teyvat. This is important because there are more differences between her and the locals than between people from different countries in the real world. In particular, Lumine and her sibling aren’t bound by the rules for the local magic system, which aren’t necessarily reflective of fundamental realities so much as instituted by a higher power presiding over everything. This is something that has come up from time to time in the story. However, it seems safe to say that it will receive more focus in the future, particularly as that higher power comes closer and closer into view.

6. She Didn’t Start Out with a Recognizable Element

To name an example, the game made it very clear that Lumine and her sibling didn’t start out with one of the recognizable elements that exist in Teyvat, which is very striking because every single one of the playable characters that have been released so far has been associated with one of those elements. This makes sense because the latter are Teyvat natives, meaning that they are bound by Teyvat rules. Some people speculate that Lumine and her sibling will have some kind of eighth element because of this, though it is still much too early to say whether that will be the case or not.

7. She Has No Vision

8. She Isn’t Alone in Being Able to Use Magic without a Vision

Speaking of which, Lumine as the protagonist isn’t alone in being able to use elemental magic without a Vision. Every single one of the Archons seems to be capable of using elemental magic without a Vision, which makes sense because the seven Archons are god-like figures who preside over the seven elements. However, there are mortals who can use magic such as alchemy and divination even without a Vision, which is interesting because it has been implied that these exist outside of the system laid down by that aforementioned higher power.

9. She Gains Elemental Powers By Connecting with Statues of the Seven

10. She Gains Elemental Powers Similar to Those of the Archons

11. She Can Gain Elemental Powers Even without the Archons’ Consent

Strangely enough, Lumine as the protagonist can gain elemental powers from the Statues of the Seven without the Archons’ consent. It is unlikely that Venti and Zhongli decided to grant her elemental powers before even meeting her. Similarly, Lumine was treated as a potential hostile by Raiden’s government, though Raiden herself might not even have been aware of her presence in Inazuma. This says something important about what is happening when she connects with the Statues of the Seven, but there isn’t enough information for us to figure out what that might be.

12. She Is Definitely Not a Normal Mortal

Currently, it isn’t 100 percent clear exactly what Lumine and her sibling are supposed to be. However, the game is very clear about the fact that they are definitely not normal mortals. One popular line of speculation is that they are something closer to being a god, though Lumine as the protagonist has been de-powered for story reasons.

13. Her Constellation Is Not Normal

14. She Should Be Quite Old

There is no way to tell how old Lumine and her sibling are supposed to be. However, all indications are that they should be quite old. After all, they were around for the destruction of Khaenri’ah, which happened about 500 years before the “present” of the Genshin Impact setting. That was when the siblings were separated from one another. Lumine as the protagonist didn’t wake up until the “present,” but her sibling is implied to have woken up quite some time before that. On top of this, the siblings are said to have traveled from world to world, which suggests that they are much older than they look even if Lumine as the protagonist didn’t experience the passage of those 500 years.

15. She Is the Younger Sibling

Genshin Impact is available in several languages. As a result, the pronouns that Lumine and her sibling use for one another make it clear that Lumine is the younger of the twins, meaning that Aether is the older of the twins.

16. Knows about Things that Can’t Be Found in Teyvat

Lumine as the protagonist has conversations with Paimon that make it very clear that she knows about things that can’t be found in Teyvat. When she and Paimon talk about Barbara, she reveals that she knows exactly what an idol is supposed to be whereas Paimon does not. This is the same reason that the fandom believes that the person who inspired Barbara to become an idol also has knowledge of other worlds.

Those same conversations reveal that Lumine as the protagonist didn’t know the local language until very recently. To be exact, she learned it from Paimon, which raises some interesting questions. For instance, she didn’t spend much time with Paimon before encountering other people. As a result, that suggests that Lumine learned the language at a very fast rate. That could be for the sake of narrative convenience. However, that could also indicate that she is capable of learning language with much more speed than what most normal humans can manage.

18. Her Pulling a Sword Out of Empty Air Is Apparently Canon

Animation-wise, Lumine pulls her sword out of empty air. Similarly, when she has no need for it, she lets the sword fade into the empty air. One might assume that these are for the sake of convenience because additional animations for drawing weapons and putting away weapons would mean a great deal of effort for not a great deal of benefit. However, those conversations make it clear that those motions are canon, meaning that they might be indication of some kind of special power on Lumine and her sibling’s part.

19. She Likes to Tease Paimon

Lumine as the protagonist doesn’t interact much with Paimon out in the game world. However, the conversations make it clear that she enjoys teasing Paimon about various things. There are jokes about Paimon being a pet, a mascot, and emergency rations, the last of which is a reference to an old manga plus anime called Excel Saga from the 1990s. Similarly, Lumine jokes about handing Paimon over as her Vision if they get caught by the authorities during Inazuma’s Vision Hunter.

20. Seems Likely to Clash with Her Sibling At Some Point

One of the most memorable moments when the protagonist’s personality shone through was the clear indication that they cared about reuniting with their sibling more than anything else, with the result that everyone and everything else is of secondary consideration. Something that makes a fair amount of sense if they have been traveling from world to world together for an unknown period of time. However, it seems safe to say that the protagonist will be clashing with their sibling at some point because the latter is leading the Abyss Order. The latter seems to have an understandable grudge against the Archons as well as the higher power that stands behind them, but the narrative suggests that they are like the Tsaritsa in that they are taking it too far. Currently, the protagonist is traveling Teyvat to figure out exactly what is going on in the same way that their sibling did before them, but it seems very possible that they will come to a different conclusion about what to do. 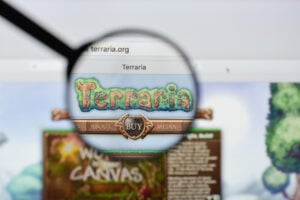 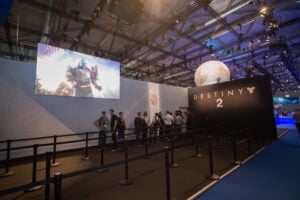 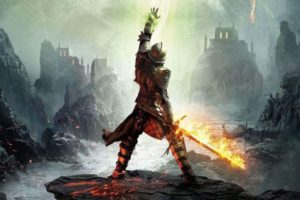 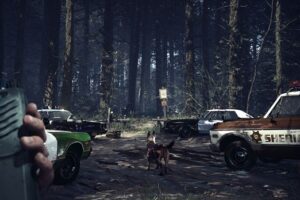