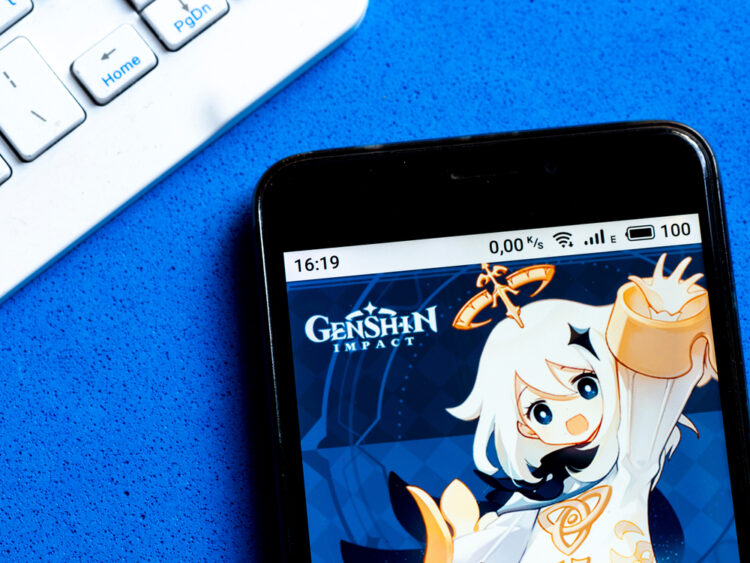 Ganyu is a Cryo archer from Genshin Impact. Story-wise, she holds an important position in Liyue’s government. However, Ganyu is much more notable because she is one of the most powerful DPS characters that have been released in the game so far.

1. She Has a Celestial-Themed Name

Liyue’s leadership have celestial-themed names. Ganyu is no exception to this rule because her name means “Sweet Rain.” There is speculation that this is a reference to Ganlu, which means “Sweet Dew.” That is notable because that is the Chinese name for amrita. Said substance is very important in Dharmic religions. Furthermore, it is interesting to note that amrita is connected with the Greek ambrosia because both substances seem to have come from a common Indo-European source.

2. She Is the Secretary of the Liyue Qixing

Ganyu has been the secretary of the Liyue Qixing ever since the committee was founded. That means that she is very high-ranking because said committee is responsible for overseeing Liyue as a whole. Theoretically speaking, Ganyu could wield enormous power in her own right if she wanted to. After all, she is immortal whereas the Liyue Qixing are not, meaning that she is a constant whereas the Liyue Qixing are not. In practice, Ganyu’s personality means that there is either no or next-to-no chance of this happening.

Species-wise, Ganyu is half-human and half-qilin. For those who are curious, qilin are creatures from Chinese mythology. Their head tends to look a lot like that of Chinese dragons. However, qilins tend to have a scaled body that is more reminiscent of deer, oxen, and other big ungulates, so much so that they are always depicted as having cloven hooves. Generally speaking, qilins are depicted as being very powerful creatures. In this, they are similar to Chinese dragons. However, qilins are much more consistently benevolent than Chinese dragons, which can be either benevolent or malevolent or a bit of both.

4. She Has Horns Because She Is Half-Qilin

The idea of a human-nonhuman union producing half-human, half-nonhuman children can be found in a wide range of cultures. Often-times, these children are depicted as being unusual in some manner. To name a couple of examples, both Merlin and Abe no Seimei are powerful magicians, which is sometimes connected to their narrative status as liminal beings who are half-human and half-nonhuman. In more recent times, it is very common for these children to be depicted as human-looking for the most part while possessing one or two physical characteristics that are non-human in nature. For instance, Ganyu has a set of horns.

5. Her Role As a DPS Can Seem Ironic

Ganyu’s personality can be described as being gentle-natured. As a result, it can seem very ironic that she is one of the best DPS characters that can be found in the game. However, there are reasons to believe that this is very much intentional.

6. Her Role As a DPS Is Very Fitting For a Qilin

As mentioned earlier, qilins are consistently benevolent. This is true to such an extent that they are sometimes depicted as refusing to tread upon either grass or the small creatures that might be living in the grass. However, qilins aren’t absolute pacifists. It takes a lot to convince them to fight, but it is nonetheless something that can happen. At which point, well, it is important to remember that qilins have the body of a big ungulate. Generally speaking, we don’t see big ungulates as being particularly threatening to us because they aren’t. Even so, big ungulates possess more than enough power to hurt us, which is why a sudden encounter with a spooked or otherwise worked-up cow tends not to go so well for humans. On top of that, qilins have a big meat-eater’s head. Never mind their magic.

7. She Specializes in Charge Attacks

People have joked about Ganyu carrying around a rocket launcher. This is because she specializes in charged attacks that explode over a sizable area, meaning that she doesn’t need to hit her target in order to do damage. Having said that, interested individuals should still try their best to hit their target while they are using Ganyu. By doing so, they can do a sizable chunk of damage because of the initial hit. After which, they can do another sizable chunk of damage because of the ensuing explosion.

Ganyu’s charged attacks do Cryo damage. Much of the time, this makes her more useful rather than less useful because she makes it very easy to trigger elemental reactions. Unfortunately, this comes with a notable drawback in that Ganyu isn’t very good against Cryo-immune enemies. She can still do damage with her normal attacks. The problem is that normal attacks are the weakest part of Ganyu’s kit by a considerable margin. As such, it is a good idea for interested individuals to bring another DPS or sub DPS character to take care of Cryo-immune enemies. Ganyu isn’t very good against Cryo-resistant enemies either. However, she does so much damage that this might not matter that much depending on exactly how resistant those Cryo-resistant enemies happen to be.

As strange as it sounds, Ganyu is one of the older characters. At a minimum, she is 3,000 years old because she signed a contract with the Geo Archon around 3,000 years ago. However, the context suggests that Ganyu is quite a bit older than that because she was presumably already an adult at that point in time. Other than this, it has been said that the passage of a thousand years felt shorter to her than the blink of an eye, though to be fair, that kind of thing can be very subjective.

10. Cloud Retainer Cared For Her As a Child

Having said that, there are a number of Liyue characters who are even older than Ganyu. For instance, we know that Cloud Retainer is older than Ganyu because she has took care of the latter when the latter was still a child. Apparently Ganyu was quite spooked when she saw a human for the first time, so much so that she hid in a rock cleft for a couple of days as well as a couple of nights. Amusingly, she finds Cloud Retainer’s stories of her childhood to be rather embarrassing. 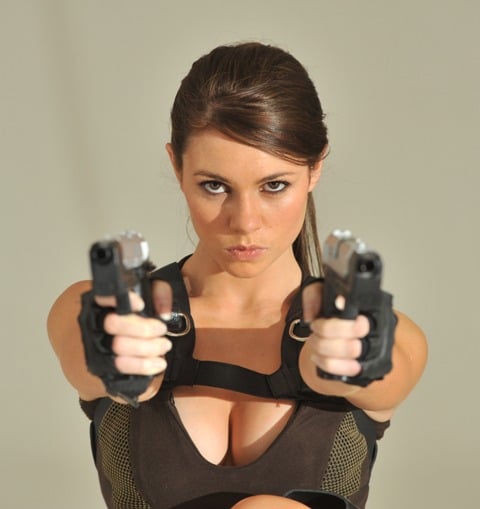 I must say that the powers that be made a wonderful decision by making Allison Caroll the newest Lara Croft Model back in August of this year.  Allison is a former Gymnast.   I mean I…

(click to enlarge) Video game cover art is generally pretty crappy these days. The front is often a mere logo or a soldier or two walking toward the camera, the back a clutter of tiny…

Combining Ninja Turtles and Pokemon? Count me in for sure, and frankly, I’m surprised I haven’t seen this sooner. I could totally see this being an actual kids cartoon for the younger set, as these… 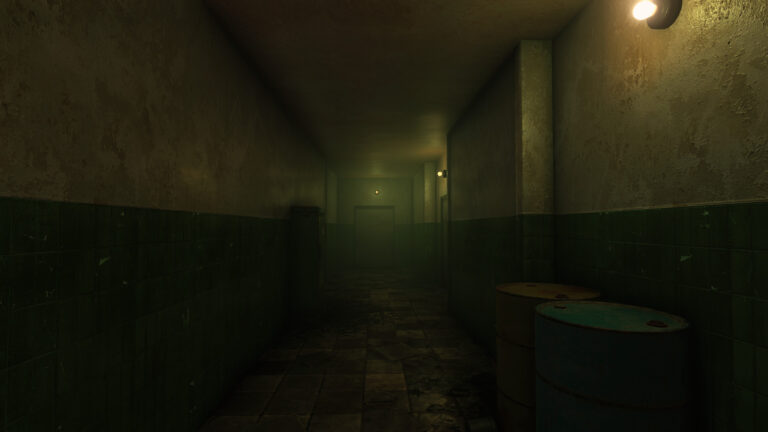 Pigface Massacre is a low-budget indie project that is currently under development by threeW. A reveal trailer dropped a few days ago and there is no question that this title is taking inspiration from certain… 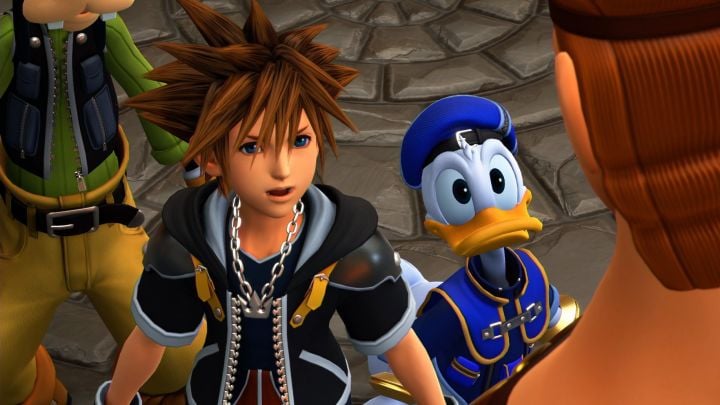 (click to enlarge) Yes, yes, I know I’ve featured both a CGI Starcraft Medic picture and an entire Starcraft fan art gallery recently, but I’ll be damned if I was going to let this picture…