The Traveler is the player-character in Genshin Impact. They tend not to get much of a chance to show their personality, which makes sense because they are serving as an audience surrogate. However, there have been clear indications that the Traveler has their own agenda, so it will be interesting to see what comes of that in the future.

1. They Can Be One of Two Characters

For starters, it is important to note that the Traveler can be one of two characters. These would be a pair of fraternal twins, with the older male twin being Aether and the younger female twin being Lumine. The one chosen by the player at the start of the game becomes the Traveler. Meanwhile, the other twin becomes the leader of the Abyss Order.

2. They Have a Very Elemental Name

Whether the player chooses Aether or Lumine, the Traveler has a very elemental name. Generally speaking, when people think of the classical elements, they think of Air, Earth, Fire, and Water. However, it is important to note that the ancient Greeks sometimes had a fifth element called Aether, which was supposed to be the substance breathed by gods in much the same sense that Air was the substance breathed by humans. Said substance had a personification of the same name, who was one of the primordial gods and goddesses who served as the fundamental forces of the cosmos. He had a sister named Hemera, who was the personification of the day. Lumine doesn’t mean “day.” Instead, it is derived from the Latin for “light,” which is a concept that has a very strong association with the day for very good reasons. Aether and Lumine are named for these elements in other languages as well.

3. They Are Using a False Name As the Traveler

The player is given the option to name the Traveler something else at the start of the game. After which, the character will be called that in the overwhelming majority of situations. However, the game has shown that the Traveler considers their canon name to be their real name, which suggests that the player-assigned name is a false name that they are using on their travels. This is one of the incidents that make it clear that the character has an agenda of their own that may or may not match up with what the player wants.

4. Is Much Older Than They Look

There are in-game lines that suggest that the Traveler looks too young for them to be offered alcohol. This suggests that they look like a teenager rather than an adult to other characters. However, the Traveler is much older than that. From the game itself, the passage of five centuries doesn’t seem to have had a noticeable effect on their appearance. Furthermore, there is an item description that says that the twins have seen the birth and death of stars. Presumably, that doesn’t refer to the same star, if only because even the shortest-lived star can last for something like 10 million years.

5. Can Travel From World to World

The twins travel from world to world. As such, it is no exaggeration to say that they are aliens from the perspective of the Genshin Impact setting. Some people have wondered whether this means that the game will eventually introduce not just new regions in the same world but new worlds as well.

6. Their Twin Is Their Most Important Person By an Overwhelming Margin

There has been a scene that made it clear that the Traveler’s twin is the most important person to them by an overwhelming margin. As in, if the Traveler had to choose between their twin and everyone that they have met in the Genshin Impact setting, the scene suggested that they would choose their twin every single time. To be fair, this makes a lot of sense. After all, the combination of the Traveler’s age with the Traveler’s travels means that their twin might be the one constant in their life.

7. Can Use Different Elements

One of the ways that the Traveler can be identified as someone from outside of the Genshin Impact setting is their ability to use more than one element. Generally speaking, human characters in the Genshin Impact setting can use magic of a single element because they have been granted a Vision of that element. As a result, it is very strange for the Traveler to be a human-looking individual who is nonetheless capable of using magic of different elements. It isn’t a sure sign of their true nature. However, there aren’t a lot of reasons why a human-looking individual in the Genshin Impact setting can use magic of more than one element, so that narrows down the list a lot.

8. Will Presumably Acquire Every Single Element

9. Can Switch Between Elements On the Spot

10. Was Around For the Fall of Khaenri’ah

As mentioned earlier, the Traveler hasn’t undergone a noticeable change in their appearance in spite of the passage of five centuries. We know this because they were at the Fall of Khaenri’ah, which happened about five centuries ago from the perspective of the “present” of the Genshin Impact setting. It isn’t unclear how involved the Traveler and their twin were with the nation at the time. Whatever the case, they are definitely involved in the matter now, seeing as how their twin is now leading a group of cursed survivors seeking revenge for what was done to them as well as their people. 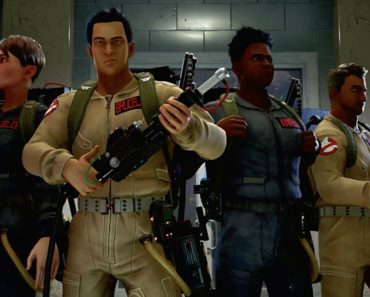 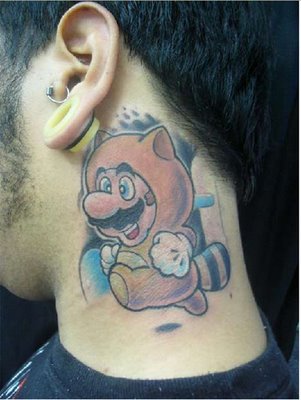