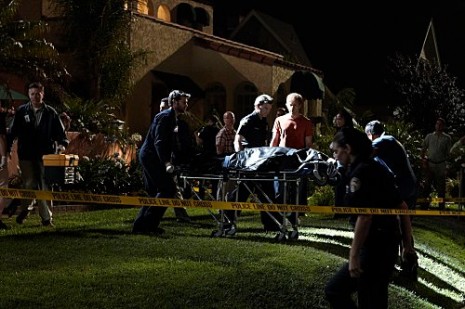 Is anyone else feeling this?  Without getting into too much detail about last night’s episode I will say that I’m getting this vibe that this entire season seems to be setting us up for next season.  Dexter has a very good way about giving us “transition” episodes.  The kinds of episodes that are somewhat boring but necessary.

That’s what I think last night was about…. 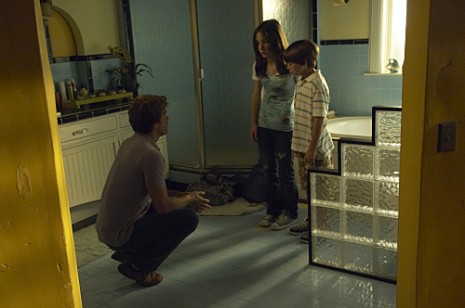 Last night we begin to see Dexter transition back into his role of serial killer.  His mindset is changing.  He’s adjusting to Rita’s death and he’s beginning to seek out a new victim to kill.   What the first episode did was set up the entire season.  Dexter somewhat went off the deep end and created some plots that simply can’t be ignored by police and family.

Deb is clearly a little sketched out by him at this point.  His reaction after the death was cold, weird, and I think left us all wanting more and to find out why.  Then he just out and kills someone in a bathroom?  Clearly there’s work to be done in order to fill in these holes.

But back to last night.  Last night we see the kids up and leave (which is necessary for him to start killing again).  We see Deb’s dumb love affair about to start.  And then we see what we know is going to be a battle.  Quinn is clearly in need of finding out that Dexter is the person he thinks he is:  a cold hearted killer.

Now.  The question is this.  Can all of these plots be filled in and accomplished this season to make it the last?  I just don’t know.  I have faith in the writers to know that the show has to come to and end either this season or next.  I’m very curious if they’ll mush it all into this season or spread it out into one more season.

Clearly last night’s episode was transition like and I’m afraid next week’s may be as well.  Sure he kills someone next week but it won’t be all that climactic.  Almost because Dexter doesn’t want  it to be.

The show is still one of the best on television.  Just curious what you guys think…..

Because we have a collective insatiable maw that needs to be constantly fed new information, it’s impossible to remember everything that had us talking in 2014. That was especially true in the second half of…

Did you know that Photoshop has been around for over 20 years?  It was in 1987 that the idea of scaling and manipulating images first came to fruition on the Macintosh Plus computer. What’s amazing…

I’m not sure why you’d ever feel the need to cry in space because as an astronaut, you’re one of the biggest badasses that has ever lived. But I suppose you could stub your toe…

So yeah. We’re big Teenage Mutant Ninja Turtle fans on this site.  What we’re even bigger fans of is when loveable and “nice” characters are turned into completely evil looking badasses.  Artist Allen Geneta has…