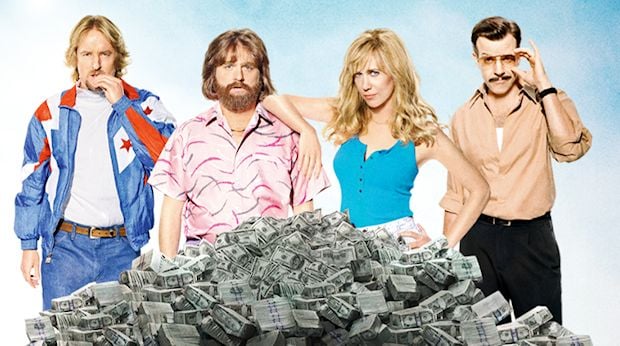 Many people see a trailer for a film and they want to see it. When the critics write up their reviews, however, it is a different story. Many people go by the opinion of a movie critic rather than their own opinion. There have been several movies that came out in 2016 that received poor reviews, but those who went to see these films really liked them. If you are looking for something to watch this weekend and you have seen all of the movies that the critics raved about, you should check out the movies listed below. You won’t be disappointed.

How To Be Single

Most people think that this movie is just about man-hating women who bash men throughout the entire movie. That is not the case. It is actually pretty funny. The movie was directed by Christian Ditter and it stars Leslie Mann, Rebel Wilson, Dakota Johnson, and Alison Brie. The story is about four women who have been hurt or cannot handle a relationship. They all try to fix their commitment issues in one way or another, but in the end, they realize that being single isn’t quite as hard as it seemed. Leslie Mann and Rebel Wilson’s characters are absolutely hilarious.

Barbershop: The Next Cut

Because of the success of the previous Barbershop films, people expected Barbershop: The Next Cut to be a great movie. It came out over a decade after the release of the last Barbershop film. In the film, there are plenty of conversations about sex, family, and age gaps. The film brings back the same actors from the previous Barbershop movies, and a few new faces, including Nikki Minaj and Tyga. The movie is just as funny as the last, but this time, the crew is worried about the violence in the neighborhood and Ice Cube’s character, Calvin, is worried about his son on the streets. To make things better and to take the streets back, they hold a fundraiser to let the criminals know that the streets are not theirs. It is a funny, heartwarming comedy. The fact that it didn’t do very well at the box office is mind boggling. If you love to laugh, this is the movie to watch.

Maggie’s Plan is a twisted romantic comedy starring Greta Gerwig as Maggie, Ethan Hawke as John, and Julianne Moore as John’s wife Georgette. When Maggie and John meet, they fall in love, regardless of the fact that John is married. John leaves his wife to be with Maggie, but shortly after, Maggie realizes that John is completely self-absorbed and she no longer loves him. Not wanting to just leave him, she devises a plan to get him back together with his wife. When her friends question her about why she just doesn’t end things and walk away, she says that she doesn’t want to just throw him away.

Throughout the entire movie, her best friend is constantly questioning her ideas and her motives. When she speaks to Georgette about it, she is hesitant at first, but then she agrees to the plan. Georgette and Maggie are constantly trying to set up ways for John and Georgette to be stuck in a situation together, hoping the spark will come back. Some of their ideas as hysterical. The movie is very funny and the acting is great. It didn’t do very well in the theaters, although it should have. It is full of twists and turns that keep viewers constantly wondering, what will happen next.

Hello, My Name is Doris

This comedy stars Sally Field and Tyne Daily, which should make it a must-see movie just for that reason alone. It is about a woman named Doris who falls in love with a very much younger co-worker. When she starts hanging out with him and his friends, she starts to have adventures that a woman her age doesn’t usually have. She makes new friends and starts meeting new people, and her best friend, played by Tyne Daily, is a widow and doesn’t approve. It is fun and Sally field is excellent. It didn’t do well at the box office and critics didn’t have too many good things to say about it, which is sad. The movie will make you laugh, make you cry, and it will make you cheer for Doris. It is a great look at the common link between different generations. It is definitely worth seeing.

This is a comedy that is actually based on a true story. In October 1997, in Charlotte, North Carolina, one of the largest cash heists occurred in banking history. The robbers who pulled off the heist weren’t very careful, and they left behind millions of dollars and they were caught on tape. Eventually, the criminals were caught. The has an amazing cast, including Zach Galifianakis, who plays David, the bank worker, and Kristen Wiig, as Kelly, another person who works at the bank.

It also stars Jason Sudeikis, Owen Wilson, Leslie Jones, and Kate McKinnon. With a cast like that, it makes you wonder how the critics didn’t like it and why more people didn’t rush to the theater to see it. While the film is based on a true story, many of the scenes were embellished to make it funny. Once the group pulls off the heist, Owen Wilson’s character decides that it is time to take out Galifinakis’ character because the police had photos and videos of him. In order to keep him quiet about everyone else involved, Wilson’s character hires a hit man to have him killed. Wiig’s character doesn’t agree with the plan, and she goes to great lengths to save him after he is kidnapped.

Just about every scene in the is movie is funny. The whole crime was crazy from start to finish, as it was in real life. The film even used the criminals’ actual names. Typically, names are changed in movies based on true stories, but not in this case.

Unfortunately for movies like the ones listed above, people put too much weight in what the movie critics think. The next time you see a trailer for a movie and you think it looks good, ignore the critics, because 8 times out of 10, you will end up missing out on a really good movie.