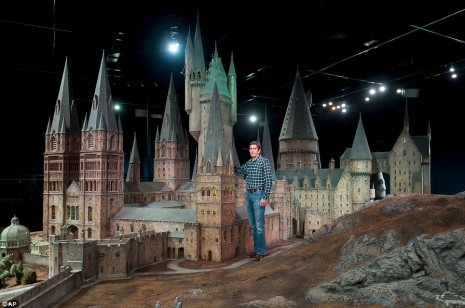 You know, I always just assumed that as we were in the 21st century, that every shot we saw of Hogwarts in the Harry Potter movies was just CGI. Good CGI, but fake nonetheless.

I didn’t realize they were still using miniature models for some of the scenes, and old school film technique that’s not used nearly enough anymore. This is the first time we’ve gotten a real look at the miniature used in the film, and as you can see, it’s pretty damn impressive. I wonder how long it took to build? And how pissed they would be if this guy slipped and fell directly into it.