I am throwing you all a curve ball this week. Instead of plugging a movie that I think you guys should see, I am gonna plug a show (that is essentially a series of movies) that I think you guys need to see. Lately, there has been a lot of talk around the Penny Dreadful show on Showtime. But did you know they did a horror show before this, and it was the greatest event in the history of horror? No, it really was. Masters of Horror tapped a different (famous horror) director every week to adapt a famous horror story into a film. The stories were an hour long, and each week focused on one. But in my honest opinion, some of these episodes are better than most full length horror movies that come out. The show was (of course) cancelled, but you can still pick it up on DVD and on various formats across the web. I thought I would take some time this week to talk up a few episodes of the show, and talk about why you should pick up the entire series on DVD. 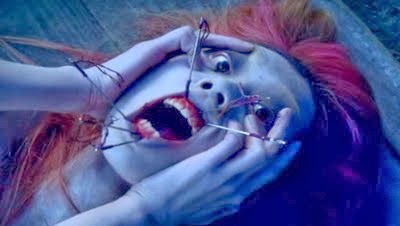 First, let’s talk talent. For directors, we have John Carpenter (Halloween), Dario Argento (Suspiria),  Tobe Hooper (Texas Chainsaw Massacre) Lucky McKee (The Woman), Takashi Miike (Audition), John Landis (American Werewolf in London) and a shit ton more who are just as esteemed. Make no mistakes, these are, LITERALLY, the Masters of Horror. These are the guys who know the ins and outs of how the genre works, why the genre works, and what makes an audience walk away scared and amazed. What was really special about Masters of Horror is that each of these directors was given free reign. They were allowed to go as far as they wanted, in any direction they wanted, without the worry of Hollywood fat cats trying to trim it or make it better for mass appeal. Well, until Takashi Miike made the episode Imprint, which totally freaked out Showtime and got banned. More on that later.

The other thing that made the show so special is that they weren’t just making an old horror movies here. Each of these amazing directors were hand-picking a horror story that they adored and wanted to adapt or wrote themselves. No joke, so you have adaptations here of everyone from H.P Lovecraft and Joe R. Lansdale to Clive Barker and Poe, as well. So these are masters of horror adapting masters of horror. Sometimes, the end result was not as perfect as some of the others. but for the most part, the series shines as an insanely well put together beacon of true horror appreciation. For the horror fan, by the horror fan.

Okay, so maybe now I should mention a few of my favorite episodes of Masters of Horror?

This story takes some turns you just do not see coming.

If I were you, I would start out with Jenifer. Dario Argento’s episode from the first season. It is a creepy as shit, well directed, and in my opinion, quite original for a horror story. It is based on a short story by Bruce Jones about a disfigured girl who a police officer saves from a “homicidal” man, and takes into his home. I watched it amazed at just how different the story is from most horror drivel. By the way, have I mentioned the fact that Jenifer sort of puts any man she meets into a daze? Have I also mentioned only her face is disfigured, but her body isn’t? Did I mention the cop who takes her in has a family? See, shit gets pretty twisted, and by the time we reach the resolution, the way it is tied together is nothing short of brilliant. Also check out Argento’s second season entry, Pelts. Good God, I wont even ruin that one for you.

The world he is drawn into in this makes Walking Dead seem tame in comparison.

Masters of Horror also had John Carpenter’s best work since Halloween. Really, I genuinely mean that. He directed an episode of this show called Cigarette Burns (starring a pre-Daryl Norman Reedus) and I still think that it is not only some of his best work, but needs to be made into a full feature length film. It is that good. It deals with a film that was only shown once and is said to drive the people who see it insane. A man searches for said movie for a collector and gets sucked into an underbelly of society so dark, you know he has little chance of coming back from it. I wont even say anything about the angel, but there is also an angel. Brilliant. Trust me. Here, have a trailer:

I also think this “episode” has the best beheading I have ever seen in horror.

Incident On and Off Mountain Road by Don Coscarelli (John Dies at the End) is another brilliant opus that functions on many levels. At the heart of this story is a girl trying to escape a disfigured serial killer using the survival advice she got from her (abusive) husband. It dances a perfect balance between how living through the one f*cked up scenario completely prepared her for the second. Awesome, multi-layered stuff you just do not normally get in horror.

Imprint will, most likely unless you are really into sick shit, mess you up a little.

Now this takes us to Imprint. The Takashi Miike entry that caused Showtime to freak and pull back the “go as far as you want” rule. It was clear Miike just wanted to see how far he could push that. Thing is, Imprint is good. It is just really hard to get through at times. Believe it or not, Imprint is a tragic love story. Just think Romeo and Juliette with a shit ton of torture and you have a decent idea. So brutal, Showtime banned it and never showed it on-air (but it is rather easy to find now).

I will end with The Screwfly Solution. This one is directed by Joe Dante (Gremlins) and plays off the idea of gender, psycho sexual desire, and a viral outbreak. Basically, all men are slowly becoming animalistic and violent towards every woman they come into contact with. There is much more to it then that, and there is a lot of subtext to this episode (and most of the episodes in the series) that make you watch, always wondering what will be revealed next. 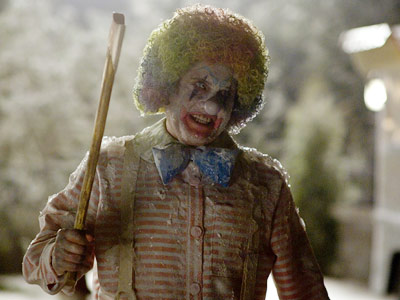 Yes, there is even an awesome killer clown episode.

Keep in mind, that was me naming only a handful of episodes of this show, and each one is pretty much its own horror movie (though about 22 minutes shorter than most 90 minute horror, the 60 minute format works perfectly for telling these stories). Yes, there are a handful worth skipping, but out of 26 hour-long episodes, that is still pretty remarkable. So do yourself a favor and pick this fantastic series up. It is a love letter to horror and horror fans, and will keep you entertained for months. So seriously, why haven’t you seen it? I just recommended a 26 hour horror movie to you. That is how good I am at my job.

If you crazy kids dig this kinda stuff, head over to my site right now and revel in the madness. After that, come join me here for a spot of tea and a discussion about how life is probably a computer simulation and you and I are just unaware A.I. It’ll be awesome, you’ll see!