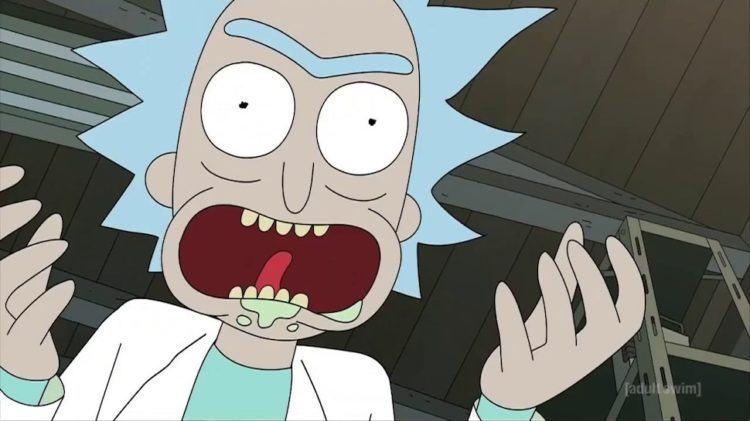 Rick Sanchez is one of the two lead characters from Rick and Morty, with the other being his grandson Morty Smith. In short, Rick is an excellent example of a mad scientist, which should come as no surprise to anyone who has ever seen his appearance, which was based on that of Doc from Back to the Future. However, Rick is a lot more capable than most other examples of his character archetype, as shown by the fact that his full destination is Rick Sanchez C-137, which is necessary because there are enough Ricks capable of inter-dimensional travel that there is a need for a Trans-Dimensional Council of Ricks.

What Are Some of Rick Sanchez’s Most Memorable Statements?

With that said, Rick’s personality stands out as much as his mad science shenanigans, which makes sense when one is connected to the other. Personality-wise, he is a pessimistic nihilist with a lot of rough edges. However, he does have some depth to him, as shown by the fact that he does possess a genuine fondness for his daughter and her two children.

Regardless, Rick’s personality has caused him to say a lot of rather memorable things, which have been collected in a gallery for the convenience of interested individuals. A fair number of them are rather inane without the full context to provide them with greater impact. However, there are also a fair number of them that are more than capable of standing up on their own. One example is Rick explaining to Morty that new experiences are how people grow, while another example is Rick pointing out that living without risk can’t really be called living at all. Of course, different people will have different opinions on different matters, meaning that they may or may not agree with this assessment. As a result, they should make sure to check out the gallery below on their own so that they can form their own opinion about Rick’s wisdom (or the dubious nature thereof.) 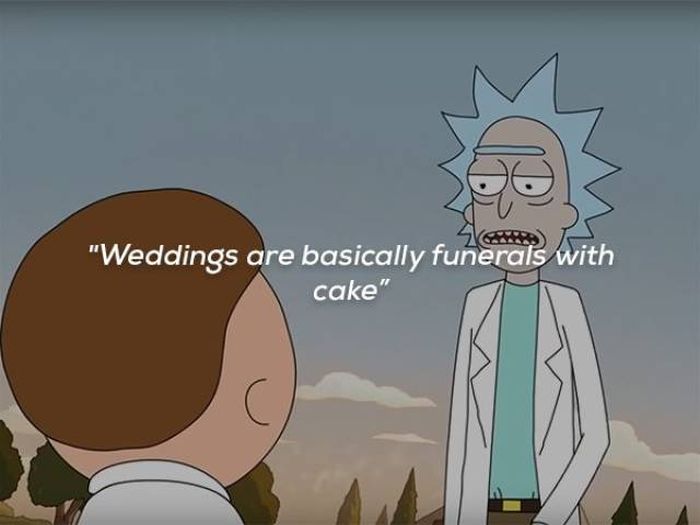 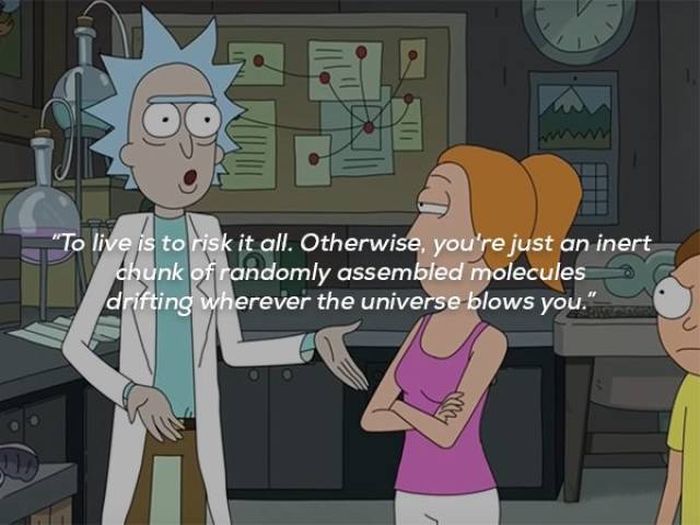 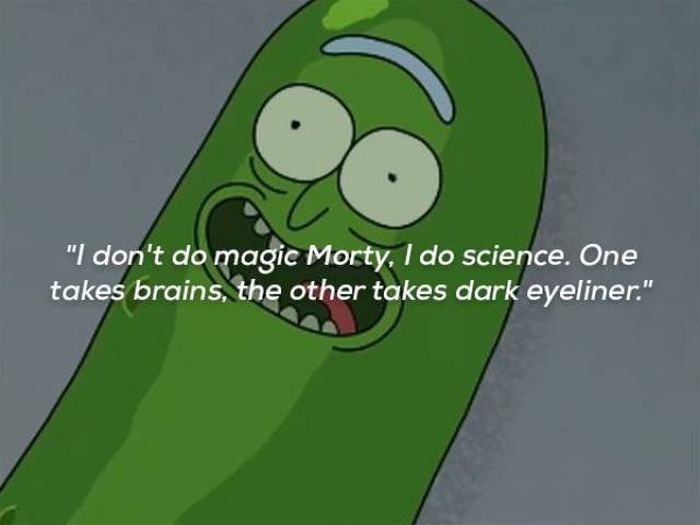 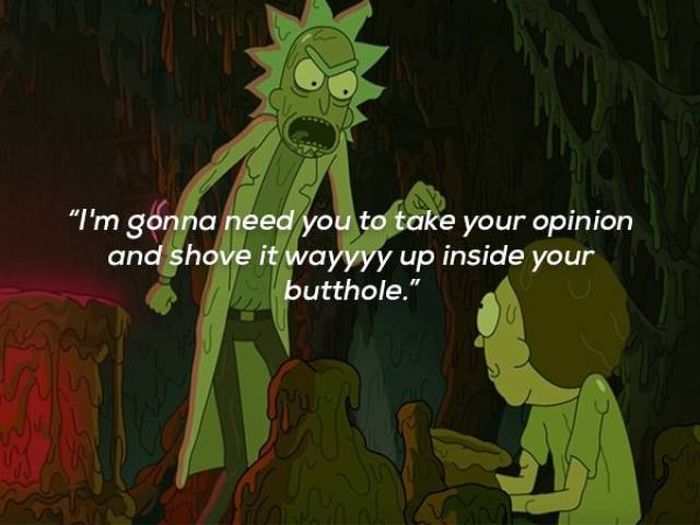 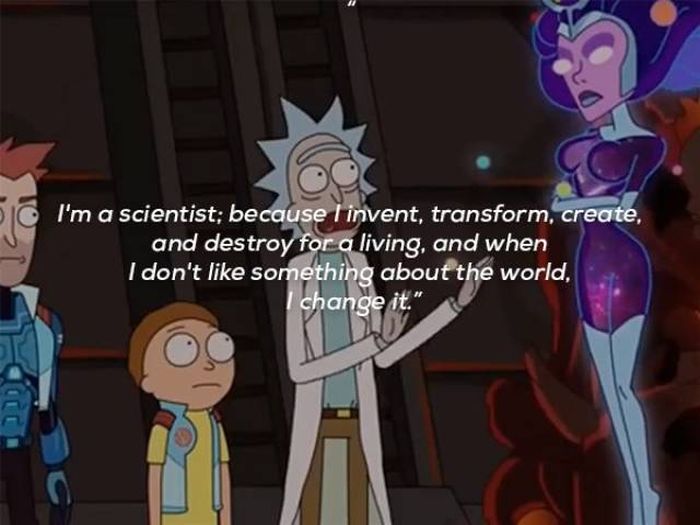 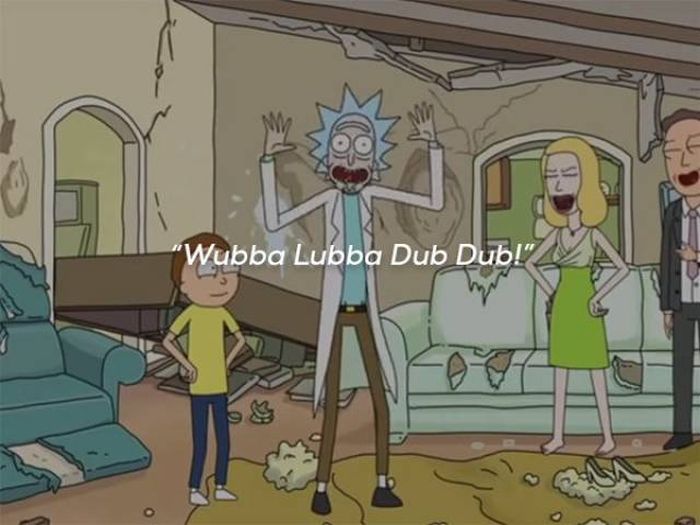 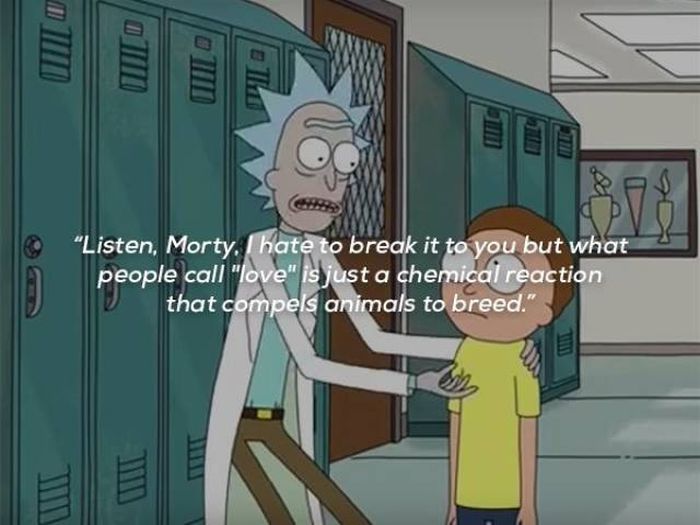 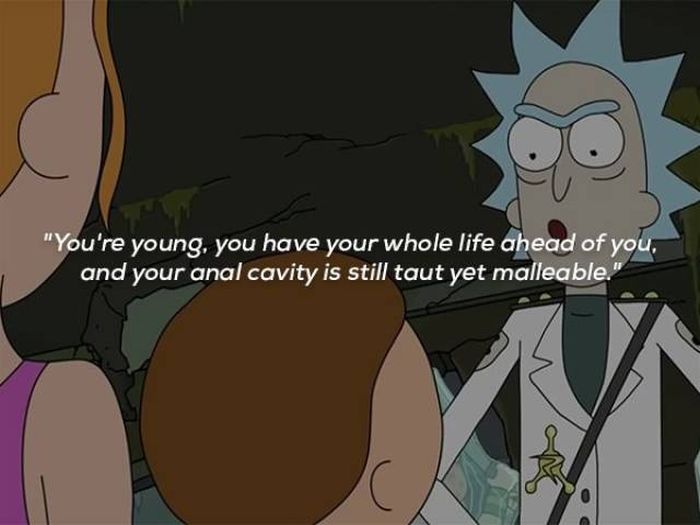 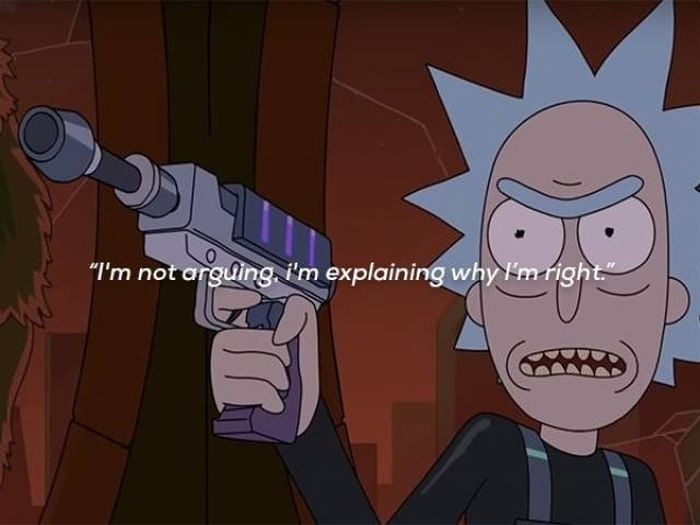 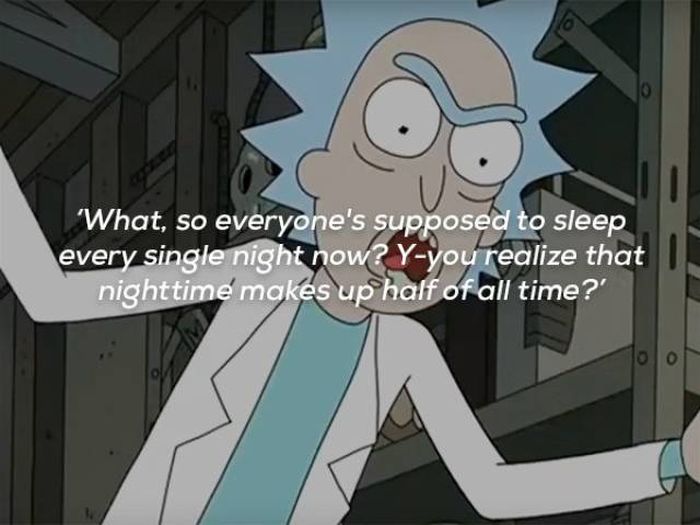 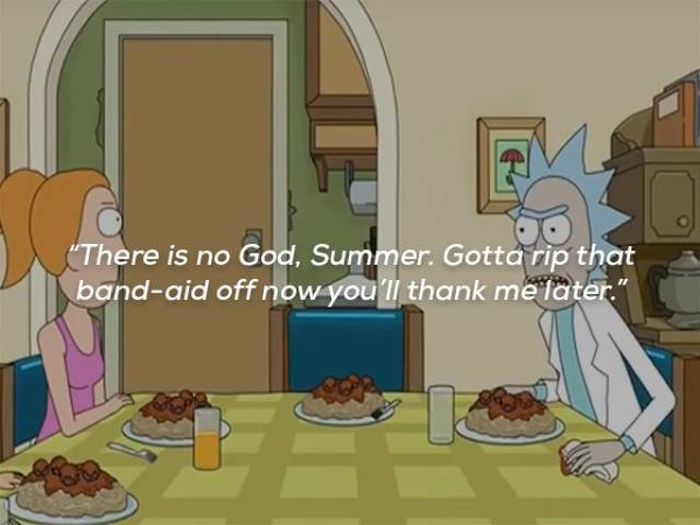 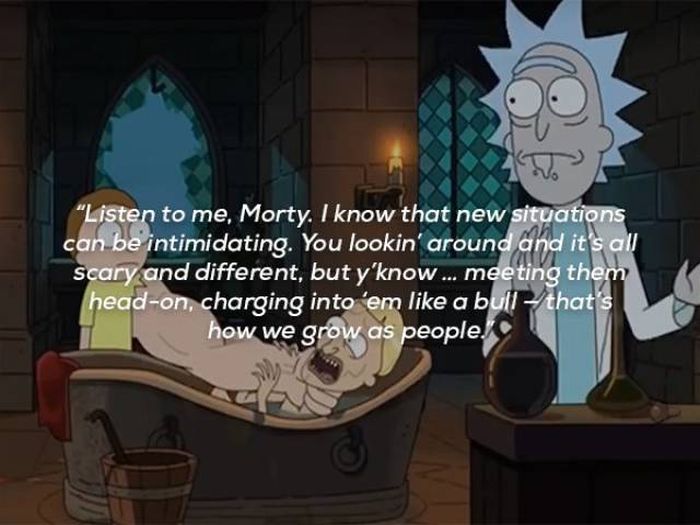 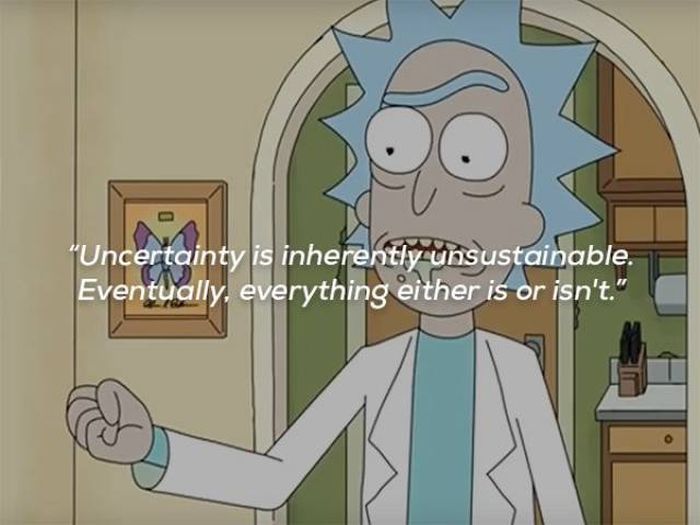 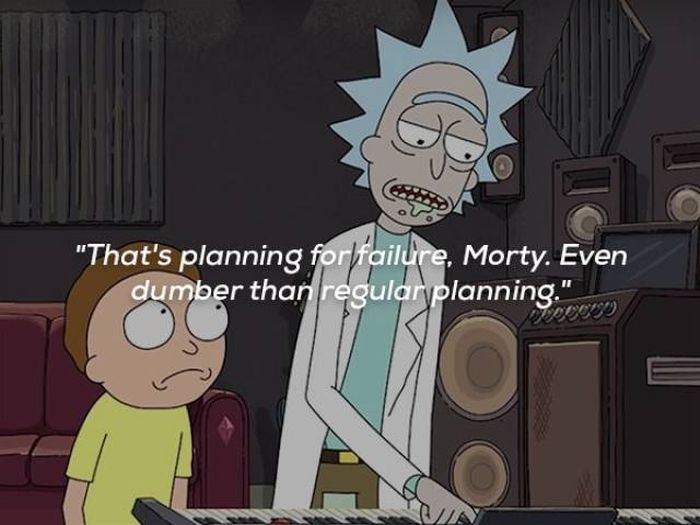 In trying to find content for this gallery, I found that it’s much more effective for girls to take on traditionally male cosplay roles rather than the other way around. Trust me, you don’t want…

I got a request after writing “Five Villains We’re Glad Went Good” to write an article around characters who did the opposite—who went from good to bad. I was grateful because writing is easy; coming…

MTV is a lot like the story of Icarus. It was small, but had huge aspirations. It was that boy who wanted to fly. Then, miraculously, it flew, and flew for quite some time. Then…

Yes yes, I went for a much more recent cartoon this time around but can you blame me? Samurai Jack is a cartoon of epic proportions! Who reading this site hasn’t seen this show? No…

Vote Clay Davis is 2010! It’s not cool to make Obama parody posters anymore, but this one was too good to pass up. Reminds me of the good old, days watching eight episodes of The…

I still don’t know what all the fuss is about regarding adventure time, and I’ll leave a more detailed discussion of the show to Remy, but I know it has it’s fans so I figured…