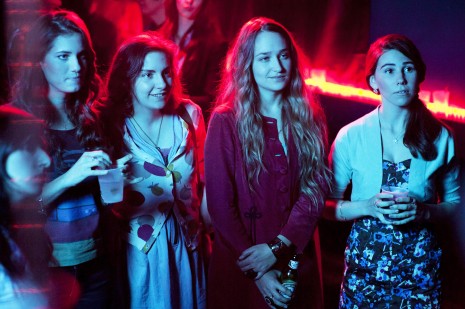 I’m currently in love with HBO GO, and I’m trying to get the most out of it before I cancel my cable subscription at the end of the month. What? A $165/month bill is just a LITTLE steep, don’t you think?

In any case, GO has every HBO show pretty much ever available to watch, and with all the buzz surrounding Girls, I thought I’d give it a try. Everything I’d heard and seen relating to it indicated that this was not particularly aimed at me, but after watching season one in two days, I think that’s an untrue assessment.

In reality, Girls is for any 20-something who doesn’t really know what they’re doing with their life, which frankly, is a pretty big chunk of us. It also helps the relatability that the central character, Hannah, moved from Michigan to New York and wants to be a writer, an experience that mirrors my own right down the home state.

In short, Girls is the anti-Sex in the City. It’s about four ladies living the closest thing to a realistic version of life as I’ve ever seen on TV. The creator and star, Lena Dunham has admittedly been influenced a lot by FX’s Louie, and the shows share dark overtones, incredible amounts of vulgarity and a sense of realism. Girls is probably more of an outright comedy, but it’s as introspective as it is funny. 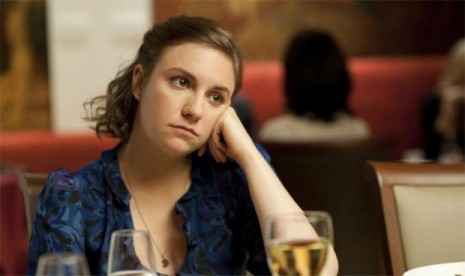 I predict most will like it after the very first scene. I did.

There are four main girls who populate the show. Hannah is the titular one whose life is always in a constant state of disaster. Marnie is her roommate who is more put together with a job and boyfriend, but is wound so tight she rarely seems to get enjoyment out of life. Opposite her is Jessa, a British free spirit who practically floats down the street, and her roommate and cousin Shoshanna who is a Jewish virgin whose the type of girl to non-ironically have an aforementioned Sex in the City poster over her bed.

Hannah and Marnie in particular feel like incredibly real characters, and as almost all episodes are written by Dunham, there’s an authenticity to the show that you can feel was drawn directly out of aspects of her own life. It’s a very personal account and though obviously much of it is fictionalized, it feels like real life in an era where few shows are able to emulate that.

The show sparked a bit of controversy when as the series progressed, it started to seem odd that every single person on the show was white. All four girls, all their boyfriends, friends and relatives. The most amount of color in the show comes from the background extras in all ten episodes. I’m not quite sure what to make of this. Yes, it does seem a bit strange that anyone could exist in New York without befriending or dating at least one non-white person, but that said, I don’t think it was purposeful on Dunham’s part, and every interview I’ve read she seems sad about the accusations coming her way. 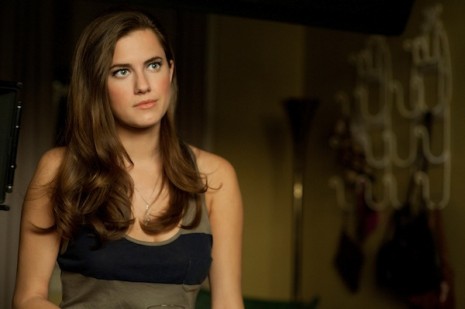 Casting problem: Marnie (Allison Williams) is almost too hot for her own good.

Additional issues crop up when you discover that Hannah’s f-buddy Adam is just a bit too demented to be tolerated, so much so that it damages the realism of his character. I also think that that Jessa and Shoshanna are a bit one dimensional at times, with their attitudes toward life seeming a bit less true to life than Marnie and Hannah’s.

But the show is wonderfully written, and there are just so many scenes that are either hilarious, laden with emotion, or both. Each half hour installment flies by, and with only ten episodes to watch, it’s more like a really long movie than a full series of a show. If you can tolerate the often over the top crudity, you’ll discover that it’s a very smart show that speaks honestly about a generation in a way that isn’t seen anywhere else on TV.

Girls is for girls, guys, whoever wants to watch it. Don’t let the name or the cast throw you off. If you appreciate good comedy and good writing, give it a try.

I’m not precisely sure if this started here, but it’s where I found a rather hilarious collection of Breaking Bad MS paint comics that are far funnier than they have any right being. They’re poorly drawn, but…

httpv://www.youtube.com/watch?v=316AzLYfAzw If I’m featuring a commercial here on the site, chances are its not because I’m getting paid to do so, rather it must be really damn good. I didn’t exactly understand what I was… 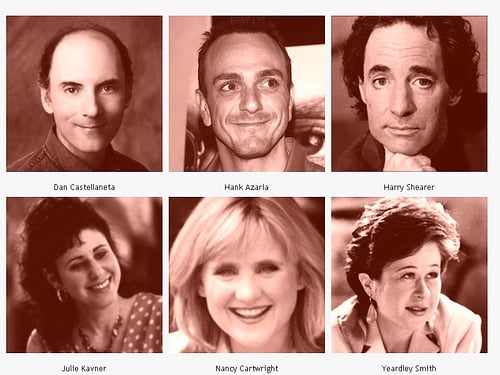 It’s always weird to hear a person’s voice for the first time after you’ve already seen them a bunch of times without hearing their voice.  The best example would be athletes.  Sometimes you can go…

You can keep your forensic experts, CBS. Science & fibers & DNA, oh my! Me? Why, I’ve always been a fan of the more hard-boiled, dime-novel protagonists & antagonists, myself. I grew up on the…

If you watched yesterday’s Office, along with the rest of NBC’s comedy Thursday (66% of which is worthwhile), you can see how easily they’re setting up Michael’s exit from the show in a few weeks….

I’m thrilled that I stumbled upon this gorgeous treasure trove of Game of Thrones “Beautiful Death” tribute art. Robert Ball designed them all, and each focuses on a major or minor death found throughout the…