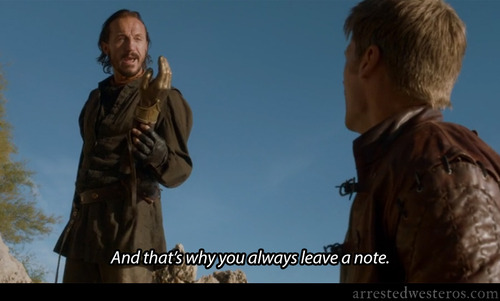 Time to check in with our old friend, my favorite Tumblr on the planet, Arrested Westeros. The site has been combining Game of Thrones with Arrested Development for years now, and seeing as the show is back, smack in the middle of season four, I figured it was a good time to see what jokes they’ve managed to land this year so far.

The results? Hilarious as ever. It’s a whole new world for Buster references now that Jaime has both lost his hand and gotten a clumsy new one. But there are many, many other jokes to be found, and I’m sad I haven’t come up with one myself yet and submitted it to them. That’s going to be my next project.

Anyway, check out a few of their best season four ones, and head to the site itself for the full collection. Oh, and a few season four spoilers ahoy. 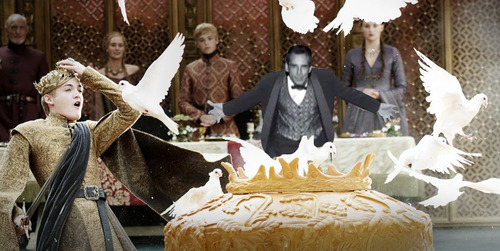 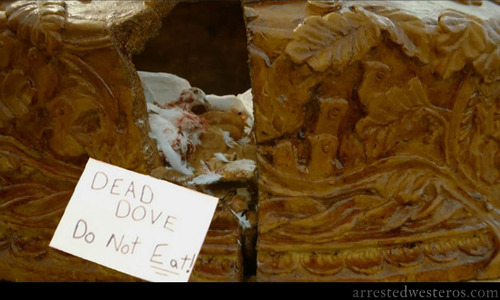 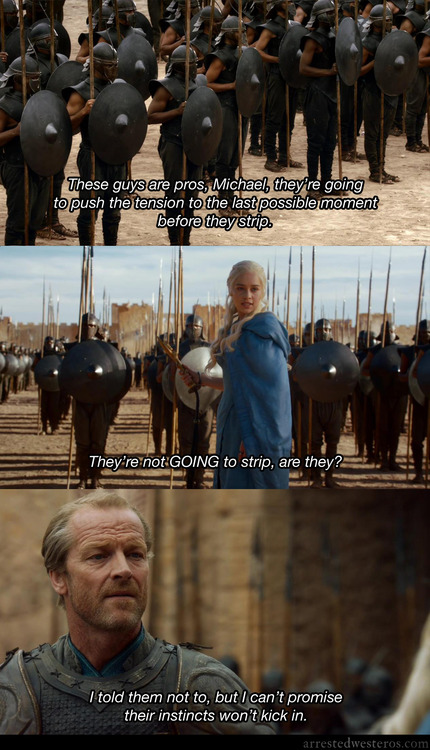 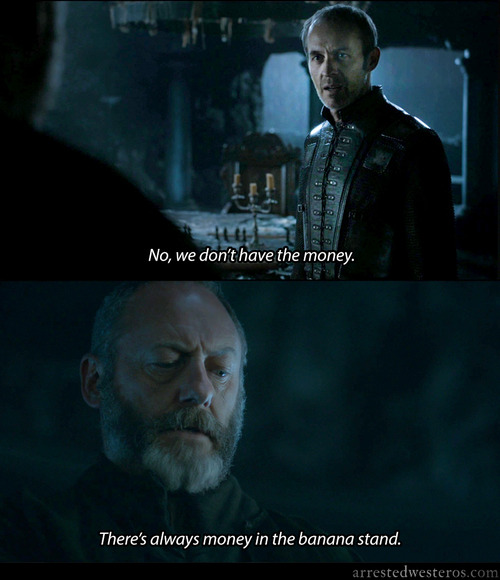 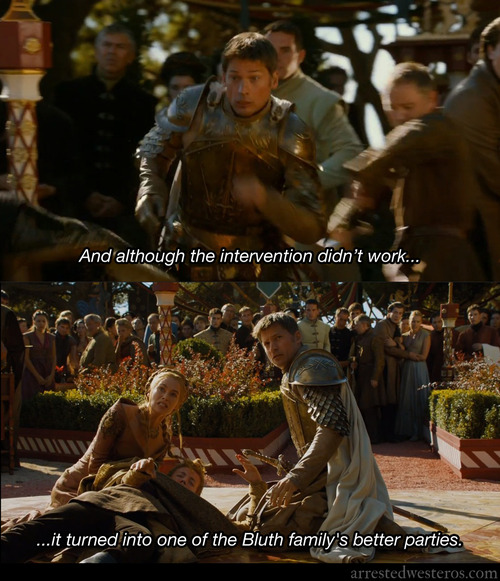 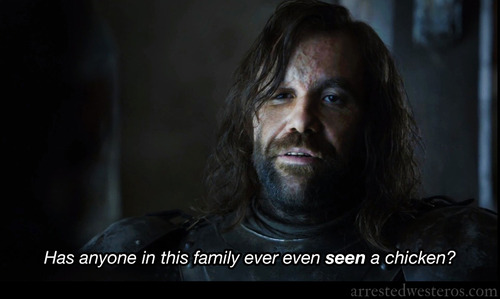 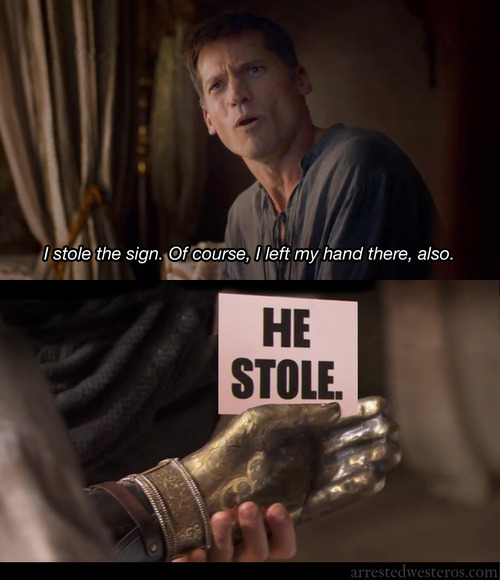 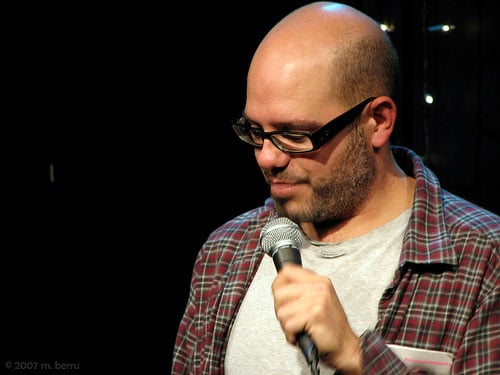 I had the unexpected pleasure of seeing David Cross perform at the Michigan Theater in Ann Arbor last night when my friend called me moments before the show to let me know it was happening….

I’m not sure if these pieces are really new, or really old, but artist Sparagli Pietro has created what has to be the best Game of Thrones-related fan art I think I’ve ever seen. Like,…

Well, that happened.  After all the praise I heaped on the show, and after the first few episodes of Season 3 were quite good (Episode 2, “Run,” was a brilliant piece of television), as The…

Alright, I’m switching gears from The Event to Dexter as one show continues to hold my interest while the other is losing it. I’ve been a fan of Dexter since season one, so be aware…

We jumped all over the map this week in Westeros, more so than usual I’d say, in order to catch up with nearly anyone and everyone in and outside the seven kingdoms. Tommen is now…