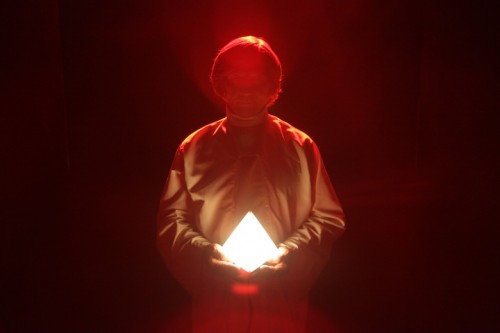 ןɐǝɹɹns sǝɯıʇǝɯos sı ǝɟıן. That is just how life is. Everything doesn’t always have to make perfect sense to you to make perfect sense to you. Cinema is an experience, and that experience is vastly different depending on who’s at the wheel. I recommend Beyond the Black Rainbow to you today knowing that it will only reach half of you. The other half will stare at the screen, wondering what they are looking at, unable, perhaps, to find the story in it. I find it grotesque and beautiful, all at once. An Alice in Wonderland meets acid inspired cinema from the 70’s, and then takes even more acid and throws in some sci-fi elements to tie the whole beast together. I find the whole thing to be an experience any fan of film and any fan of horror or science fiction should take. Does that mean you should take it? Read on and answer for yourself. This is beyond anything you have seen before. This is beyond the grasp of literal comprehension. This is beyond the borders of what art can do and say. This is Beyond the Black Rainbow. 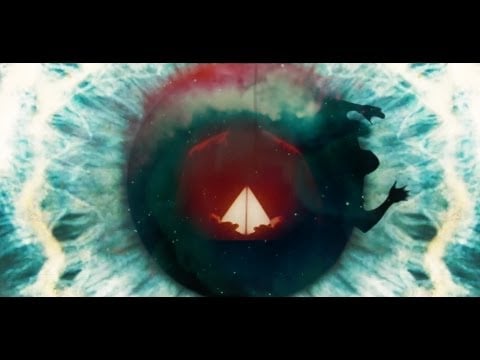 First of all, let it be known, I first experienced Beyond the Black Rainbow in a heavily altered state. That was very much a conscientious move on my part, and a move I have no regrets about. Keep in mind, I have since followed it up with many viewings sober (well, 80% sober at least) and can tell you, I stand by what I wrote that day, and am here with the intent of bringing this movie to even larger audience. The audience it truly deserves. I think the tricky part will be talking about this movie in a way where I can set it up for you at all. Truth is, it is a story that tells itself with imagery and little else. This is not a movie drenched in dialogue. The words you hear are spoken by the stark and stunning imagery. But, knowing that, the story begins to tell itself rather astutely, while maintaining a level of surrealist rarely seen in cinema anymore. 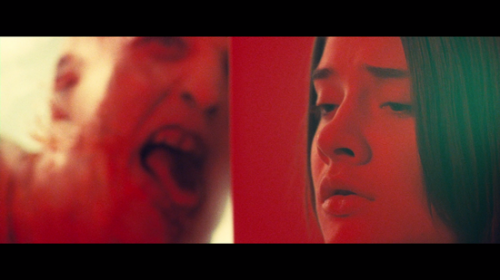 A young girl named Elena is being held at the Arboria Institute by a man named Dr. Barry Nyle, who looks kind of like 70’s era Carl Sagan. The man is keeping her against her will because he knows she has psychic powers, and is looking to gain control over them. We know little about who this girl is (or was), but we know she is being held against her will, and is constantly asking the man who is keeping her there if she can see her family. The institute itself is a cold and impersonal building that seems built with the intention of possibly breaking this girl, or using her to gain her skills as a weapon. It is a surreal horror film, through and through. If you want your hand held and a nice narration that leads you through a clear story, you may want to wander elsewhere now. Beyond the Black Rainbow does not treat its viewers like idiots. If anything, it deliberately leaves sections of the canvas blank, and seems to hand our brains a brush to fill in the spots the best way we see fit in our mind’s eye.

Okay, maybe the visuals can help explain what I am talking about, as using words to do that right now seems rather difficult. Here, have this trailer:

Beyond the Black Rainbow is a film very much inspired by the strange trend of “acid cinema” that came about in the 70’s. The movie Blue Sunshine is an example of this. A surreal movie about a type of acid that makes people go crazy and murder people. From the visual design to the soundtrack, it is clear to see that Panos Cosmatos (who wrote and directed Beyond the Black Rainbow) was influenced by this movie and this movie’s aesthetic. I would also say the colors of the Mondo cinema style from the 70’s factor in as well (just look at the color composition of the film). The film is an absolute unending feast for the eyes. This is horror cinema that most people would not be brave enough to make. It changes how we look at storytelling by telling us an unconventional story in an unconventional way, but a way I am convinced will get under the skin of the right people. Also note, if you are into symbols and symbology, this film is for you. Just look at all the pyramids in these photo shots alone. Illuminati for life, son! 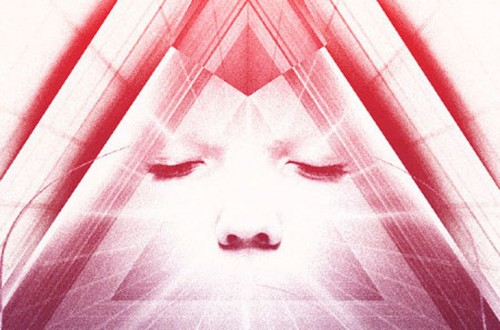 So flash forward in the story a bit now. Basically, without giving away too much, Elena decides to Arboria is messed up, and so is Doctor Nyle. So begins her wicked escape from this twisted Wonderland for Jedi. More and more about the doctor is revealed to us, and we figure out (as if you didn’t know already) that he is a very evil guy with some very evil acts getting him where he was. Elena and Dr. Barry Nyle are some of the most complex characters I have ever seen conveyed with so little dialogue. It really is a powerful film, and to write it off because of surreal aspects is doing yourself a huge disservice as a film fan. There are scenes during her escape that visually, will splatter your mind on the wall behind you.

I have been hugely intrigued by Panos Cosmatos since this film came out. His FIRST and only film, followed by very little press. Heck, even his name is wonderfully surreal and seems loaded in symbolism. I am convinced this guy is a robot sent from some other dimension to bring us brilliant, high-art the world is not ready for. I would love to tell you about some of his other work, but the reality is, I am still eagerly awaiting it. Oh, and don’t even get me started on the soundtrack by Jeremy Schmidt. It is brilliant and truly propels the story forward. Think Drive soundtrack mixed with Blood Dragon and you have a decent idea.

Also, I wont go so far as to tell you that certain chemicals being ingested make this film better, as I would never encourage that. But even someone with a closed mind could look at that movie and come to that conclusion. I wouldn’t say being on something makes the film “better”. That would be an insult to the film. I just think that a different state of mind while watching this film can provide a sort of “commentary” that works very well with the film. In other words, you don’t need to learn to speak Korean to watch Oldboy, but those who know it must surely enjoy the film that much more. 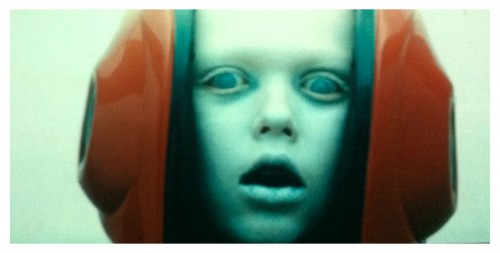 In closing, see this movie and blow your own mind. Then click over here and toss up a like for me, and then come over here and read something typically disturbing.  Thanks, REMlins.