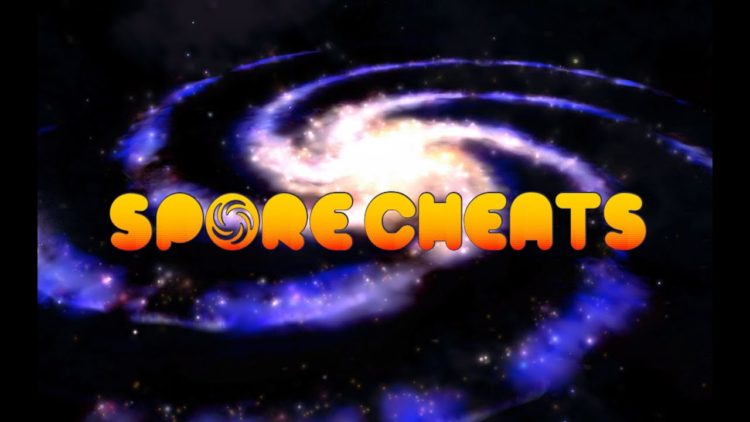 How Can You Activate the Cheat Console?

Some people might wonder whether Spore has cheats built into it. Conveniently, this would be the case. Furthermore, the people behind Spore were kind enough to make cheats available to interested individuals with minimal fuss and hassle. All they have to do is activate the cheat console, which can be done by pressing CTRL, SHIFT, and C at the same time. After which, interested individuals will be able to enter commands into the cheat console. Please note that Spore will make it impossible to earn achievements in games that have seen the use of an actual cheat. On top of this, it should be mentioned that there is apparently a bug that can make this true for not just the game in which a cheat has been used but also all other games as well. This can be fixed to an extent by restarting the game. However, the bug will remain in effect for profiles that have seen the use of a bug at some point in time. As such, if people care about earning achievements, they might want to be extra careful about the use of cheats in Spore. Amusingly, it should also be mentioned that there is an achievement called Pathological Cheater that can be earned by using cheats 50 times, so that is something that interested individuals might want to keep in mind as well.

What Can You Do with the Cheat Console?

There are numerous things that can be performed using the cheat console. First, it is a good idea to cover the commands:

This is pretty much exactly what it sounds like, which is to say, it will provide a list of some of the commands that are possible. It can be useful. However, it is nowhere near as useful as an actual list of everything that can be performed by using the cheat console.

Similarly, this is pretty much exactly what it sounds like as well. The player can use this command to clear the commands that have been entered into the cheat console.

By this point, chances are good that interested individuals have figured out that these commands are pretty straightforward. This one will capture a GIF of the planet that the player is on, which will be stored under the directory called AnimatedAvatars.

This can provide the player with some genuine usefulness. In short, if they are confused about a particular command, they can use this to get some insight into it. This isn’t perfect but this is still much better than nothing at all.

This would be the command for showing the full list of commands that can be used via the cheat console. It can be useful for people who can’t be bothered to look them up elsewhere. Otherwise, it isn’t particularly notable.

The player can use this command to enlarge the complexity meter. Be warned that creatures that break the limits won’t be playable, which will be indicated by a red symbol on their Sporepedia card.

Those who are sick of seeing the hints in Spore can use this to prevent them from showing up.

If the player want to change the time of day at their current location for whatever reason, this would be the command to help them do exactly that.

Under normal circumstances, the camera is restricted for very good reasons. This command can be used to remove those restrictions. Something that can be quite amusing under certain circumstances. To name an example, the player can use it to zoom out so far that the entire planet comes into view. Something that wouldn’t be possible in most other games for obvious reasons.

Once again, this command is what it sounds like, which is to say, it is used to rename the planet’s name to something more to the player’s liking.

Similarly, this command is used to rename the selected star. Despite what it sounds like, it isn’t limited to renaming stars. For instance, if the player wants, it is very much possible for them to rename both Black Holes and Proto-Planetary Disks.

If the player wants to see creatures turn into blockier representations of themselves, this is the command for them. Fortunately, it can be used a second time to undo the look.

This is the command for people who can’t be bothered to complete every stage so that they can get to the next one. When used, it will unlock every stage for new games on the main menu.

When executed, this command will send a 3D mesh of the creature that is being viewed to the Creatures folder under My Spore Creations.

This is used to change the quality of the buildings and vehicles seen in the game. Spore is on the older side of things for a video game, so going to “high” shouldn’t be too much of an issue for most players nowadays.

How Can You Change the Look of the Game?

Moving on, there are a couple of cheats that can be used to change the way that the game looks as well as how the resulting adventure will look to interested individuals. The first one starts with styleFilter while the second one starts with adventureLook. Once the initial part of the command has been entered, the player needs to follow up by entering one of a number of possible commands for each of them. Here are the six possible commands for styleFilter:

This is exactly what it sounds like, which is to say, giving the game a look that is rather reminiscent of oil paintings. The effect is relatively curious-looking. However, it is like a lot of these options in that it isn’t that memorable, meaning that most people probably won’t spend too much time playing with them.

Film noir refers to some very cynical but also very stylish Hollywood crime dramas. This command is a bit literal in the sense that it will just make everything look black and white.

Meanwhile, this will just provide everything with a chalkboard-like effect.

Amusingly, this option will make everything darker-looking by taking some of the color out of it.

One can’t help but suspect that this command was something of a shot, seeing as how it makes everything look foggy. Meanwhile, here are the seven options for adventureLook:

Like its counterpart, this version of the command is used for returning everything to normal.

Similarly, this makes everything darker-looking by stripping some of the color from a very colorful game.

This version of the command will make everything look more reminiscent of watercolor paintings. The result can be interesting, though it tends to be less dramatic than some of the other options that have been presented here.

This is the command for everything looking blocky. On top of that, it comes with bonus dithering.

This is much the same as its 16-bit counterpart. Of course, it is even blockier. Furthermore, it has even more dithering.

Players can use this option to turn everything black and white while introducing imperfections into the whole thing. Amusingly, it even comes with rain, which is very appropriate for the kind of movie that it is named for.

What Are the Actual Cheats?

Finally, there are the cheats that will actually block the earning of achievements from that point forward. Unsurprisingly, these have significant effects on the game itself in one way or another:

This is one of the cheats that most people will spend the most time with. This is because this can provide them with some very interesting traits. Something that is particularly true for the ones associated with the Space Stage. For example, space_shaman will provide them with an ability called Return Ticket, which can be used to return to their home system. Similarly, space_knight will provide them with an ability called Summon Mini-U, which does what it says by summoning a smaller version of the ship that can help out. Be warned that there are some traits that can irritate neighboring empires by quite a bit when the associated ability has been used. One would be space_scientist’s Gravitation Wave, which makes sense because the ability will destroy every single city and every single tribe on a planet. Another would be space_zealot’s Fanatical Frenzy, which also makes sense because it will be just straight-up take over the planet.

This is a good old-fashioned resource cheat that will add 150 DNA.

Similarly, this is another good old-fashioned resource cheat that will add money. The amount added will be 2,000 in the Civilization Stage and 1,000,000 in the Space Stage.

This cheat is used for turning off the limits placed upon creator complexity.

Chances are good that interested individuals can guess that this is used for refilling their health as well as their other motives.

If the player wants to make a beeline to super weapons in the Civilization Stage, they might want to use this cheat to unlock the super weapons that are available to their nation.

Similarly, if the player wants to unlock every creation tool in the Space Stage, this is the cheat for them.

The player can use this to choose a more evolved creature from Sporepedia when starting a new game. Curiously, it won’t block achievements if it is used on the main menu.

As for this one, this determines how many times those pirates can hit allies in the player’s system.

This is used to unlock Maxis adventures. It is like the evoadvantage cheat in that it won’t trigger the blocking of achievements if it is used on the main menu.