Donna Beneviento is one of the bosses that can be found in Resident Evil Village. She isn’t as famous as her counterpart Alcina Dimitrescu. However, Donna is very recognizable in her own right, not least because of her sources of inspiration.

Donna was born in the unspecified Eastern European region where Resident Evil Village is set. However, there are sound reasons to believe that the region is a remote part of Romania. For example, the local currency is called the leu, which is a name that sees use for both the Romanian currency and the Moldovan currency. Similarly, the region is supposed to be mountainous, which would suggest the Carpathian Mountains. Still, a lack of confirmation is a lack of confirmation.

It is said that Donna was born some time in the 20th century. This is because Miranda took control of the region in the early 20th century. Since Donna is a survivor of said individual’s research, that puts some serious limits on when she could have been born.

3. She Was Born Into the Gentry

4. Her Family Was Once Nobility

Before that, Donna’s family was nobility. As the story goes, four individuals ruled the region in ancient times, with the result that their descendants became four noble families. One of the four was named Berengario, whose descendants were named the Beneviento.

5. Unclear How Much Influence Her Family Retained Over the Region

It is unclear how much influence Donna’s family retained over the region. Certainly, the fact that they were gentry rather than nobility suggests that they had fallen far from the peak of their power. Something that is particularly noteworthy because one of the other families had managed to retain their status as nobility. Still, the status of gentry suggests a fair amount of power when compared with most of the locals.

6. Her Family Underwent Further Decline During Her Lifetime

Whatever the case, it is clear that Donna’s family underwent further decline during her lifetime. After all, a family is fundamentally made up of living, breathing people. As a result, it is very normal for a family to decline when its members suffer premature deaths. Both of Donna’s parents are known to have committed suicide when she was still a child. Furthermore, someone named Claudia died as well, though it isn’t clear whether said individual was Donna’s sister or Donna’s daughter.

7. She Has a Mental Health Problem

As for Donna herself, she is said to have suffered from a mental health problem even before she came into contact with the more unusual elements of the Resident Evil setting. Whatever it was, it caused her to develop serious anxieties about interacting with other people, so much so that she preferred to speak to other people through her doll rather than in a direct manner. Something that presumably had a negative effect on the status of the Beneviento family as well.

8. She Is Very Focused on Doll-Making

Instead, Donna put her focus into doll-making. It is possible that this ran in the Beneviento family, seeing as how her father was the one who made her doll for her. However, Donna’s interest in doll-making seems to have been motivated to some extent by her desire for dolls with which to replace her dead family members.

9. Was Implanted with the Cadou As an Adult

In any case, Donna was implanted with the Cadou when she was an adult rather than when she was a child. This refers to the nematodes exposed to the Mold, which could provide superhuman capabilities to those who survived the process. Donna was no exception to this rule. She didn’t undergo the same kind of physical transformation as some of the other survivors. However, Donna’s superhuman capabilities seen in the game were very much a product of the Cadou.

10. Was Considered a Failure But Not Too Much of a Failure

Regardless, Donna was considered to be a failure but not too much of a failure. For context, the Cadou were created by Miranda for the purpose of creating a suitable host for her daughter Eva’s mind that had been preserved by the Mold. As such, any implantation that didn’t result in such a host could be considered a failure. Having said that, there are failures and then there are failures. For example, plenty of experimental subjects just straight-up died. Similarly, plenty of experimental subjects became Lycans because of low compatibility. Donna was a failure in the sense that she couldn’t serve as a host. However, she was useful enough for her to be brought on as one of the Four Lords. Something that seemed to have had a positive effect on her because of the new personal interactions.

Regardless, Donna possessed a couple of notable powers because of the Cadou. First, she could induce hallucinations in her targets. Most people believe that this power was responsible for the stranger challenges that Ethan Winters had to overcome on his way to confronting Donna, with an excellent example being the foetus monster. Regardless, it isn’t hard to see why the power to induce hallucinations would be very unpleasant to experience from the receiving end, seeing as most people consider losing control of one’s mind to be terrifying for very understandable reasons.

12. Could Remote Control Her Cadou

Besides the power to induce hallucinations, Donna possessed the power to split her Cadou for the purpose of remote-controlling the split-off pieces. On its own, this wouldn’t be that bad. However, what makes this power extra-threatening is Donna’s doll-making skills. Simply put, flying dolls aren’t a huge issue. Yes, they can be terrifying, but at the end of the day, they aren’t as big of a concern as whatever it is that is propelling them. Unfortunately, the situation changes when those flying dolls come with built-in blades, which are capable of doing much more damage to human flesh.

One of the ways that Donna stood out from the other Lords is that she lacked a boss form. For example, Alcina Dimitrescu turned into a draconic-looking monster. Similarly, Karl Heisenberg turned into a cybernetic monster. Meanwhile, Donna remained in a humanoid form the entire time, with the result that she was stabbed to death by Ethan Winters.

14. Might Be the Physically Weakest of the Four Lords

As such, it is very common for people to believe that Donna is the physically weakest of the Four Lords. After all, every other Lord was capable of transforming into a huge monster that could do a lot of damage and soak up a lot of damage. Meanwhile, Donna didn’t demonstrate any superhuman strength or any superhuman toughness. Instead, she was a threat because of her two Cadou-granted powers, which to be fair, were quite formidable under the circumstances.

15. Didn’t Look That Different From a Normal Human

This impression is further strengthened by the fact that Donna didn’t look that different from a normal human. The most notable physical difference between her and a normal human would be the growth that existed in the place of one of her eyes. Even then, that couldn’t be seen under normal circumstances because of Donna’s choice to wear a face-concealing set of clothing. Granted, Karl didn’t look that different from a normal human either. However, he more than made up for that through his transformation, particularly since his resulting form stood out even more by showing both biological and mechanical components.

16. Her Concept Was That She Was a Ghost

The enemies in Resident Evil Village took a lot of inspiration from Gothic horror monsters. For example, everyone could tell that Alcina Dimitrescu was based on a vampire because that was the whole point. Similarly, both the Lycans and the Varcolaci can be said to have taken some inspiration from werewolves. Unsurprisingly, Donna was inspired by Gothic horror as well. In her case, her concept was that she was a ghost, which is about as straightforward as these things get.

17. She Took a Great Deal of Inspiration From Ghosts and Ghostly Shenanigans

Chances are good that interested individuals can guess Donna’s source of inspiration even if this wasn’t stated to be the case. After all, haunted dolls show up a lot in ghost stories, which makes sense because it is very easy for dolls to cross the line from being cute to being creepy. Having said that, Donna’s dolls are much closer to being the latter than to being the former, though to be fair, there have been some extremely creepy-looking dolls made over the course of millennia. Besides that, her background is also the kind of thing that one would expect to hear as the lead-in to a ghost story of some kind.

18. Her Clothing Is Reminiscent of Hidden Mother Photos

Donna’s clothing has some basis in the real world. People who have spent a lot of time looking through Victorian era photos might find it to be rather reminiscent of the kind of clothing worn in so-called hidden mother photos. For those who are unfamiliar, early cameras had long exposure times. As a result, it was hard to take photos of children on their own because it was hard to keep them still for such a long period of time. To solve this, either the mother or some other close individual would stay close to the child while using various methods to obscure themselves. Concealing clothing was a popular option. Similarly, posing could be used for much the same purpose. Donna’s face-concealing clothing is exactly the kind of thing that saw use in some of these Victorian era photos. There is a further connection in that some modern viewers have compared the mothers in these photos to ghosts because of their deliberate obscuration.

19. Doesn’t Seem to Have Conducted Any Human Experimentation On Her Own

Curiously, Donna doesn’t seem to have conducted any human experimentation of her own. This is noteworthy because every other Lord conducted human experimentation using the Cadou with predictable results. It is unclear why Donna didn’t do this. However, it seems unlikely that it was a matter of scruples. Instead, it seems more probable that it was a lack of interest on her part.

On a final note, Donna’s name might be connected to witches. Her personal name just means something along the lines of “lady.” However, her family name is one of the names for Benevento, which is a city that can be found in the Italian region of Campania. The city has a number of claims to fame. However, one of the more fantastical is its strong association with witches in the popular imagination. Some people have speculated about this being connected to Benevento’s connection to certain pagan cults in Roman times but that seems improbable, seeing as how the witch hunts were a product of early modern times. Before that, the Catholic Church had a very skeptical view of claims of witchcraft, so much so that the belief in the existence of witchcraft was considered to be false and heterodox. 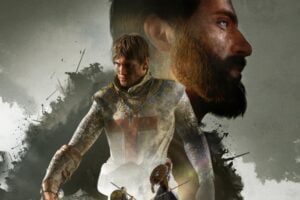 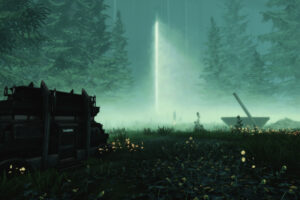 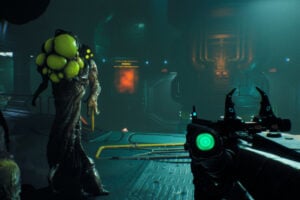