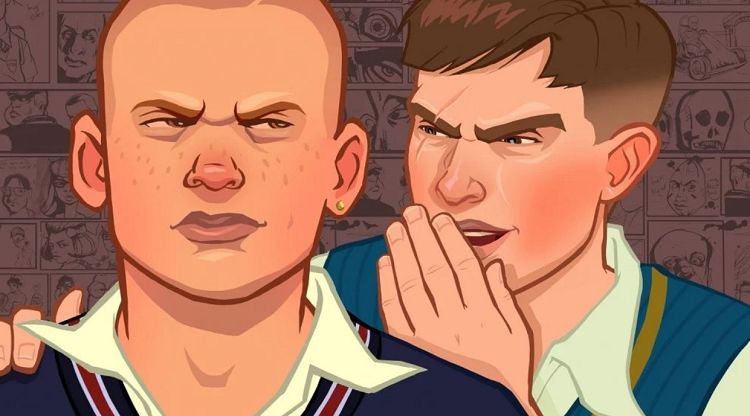 Bully 2 is one of the most highly anticipated combat games we hope to see in the near future. Although Bully 2 has just one title to its credit, this isn’t necessarily a bad thing. Any new iterations of the game may easily take place in a variety of different settings. The US version was a raging success and it’s left gamers wanting more, but there are a few things that they’ve placed on the wishlists for the newest version that we hear is currently in the works. It’s a sincere hope that the developers are keeping a finger on the pulse of the fandom and paying heed to the recommendations that loyal advocates for a second release are making. Here is a complete wishlist for Bully 2, that is, if it ever gets made.

1. More weapons that are non-lethal

Reddit’s forums lit up with a huge laundry list for “Bully 2.” It starts with the weapons. Players want to see a better selection of weapons for the game according to the forum. Along with new weapons, some players indicated that they weren’t interested in the GTA kind of environment, but rather, they’d like to see something like paintball guns that shoot projectiles that are offensive and hurtful, or embarrass, but are not deadly. They want Bully to keep up his reputation for only being slightly violent, and mischievous, but not a killer.

We saw a lot of players list a bigger school as one of their biggest wishes for the game. This would provide a lot more space for Bully to get into mischief and more characters for him to hassle. It would make space for more interesting enemies and perhaps even increase the challenges of the game.

Another wish is to make the school schedule more dynamic. At this stage of Bully, a new version of the game could take on a few new dimensions and there is definitely room for improvement in the school schedule. How about an infusion of special events that have side missions attached to them?

This is an item that a lot of players put on their wishlists, but it has also stirred a fair amount of controversy and bickering. Some players like the size of the map just as it is, while others would like to see it expanded. How about adding a few different locations to visit with attached missions?

Some Bully fans said that they want to see more environments included in the game. They’d like to have side missions that take them to new and interesting environments. They’ve already played in all of the existing ones and they’re ready for something new, and perhaps, a bit more challenging.

Dynamic weather is a feature that could change up the game a lot. Thunder, rain, lightning, snow, and a few tornadoes could prove to be interesting. Although it’s not likely that the developers are going to take this one seriously, we can see how it might make the game more fun and a bigger challenge.

Okay, so there are a lot of requests being made for more mini-games. This is obviously one of the biggest hopes in the minds of players for the current version of the game. They want more games that they can complete fairly quickly, versus longer missions that are more time-consuming.

Although precise descriptions of just exactly what kinds of details they’d like to see were not provided, we saw a few requests for developers to make the new version of the game with greater details. We’re assuming that they’d like to have more elements in the environments that are relevant to the mission or the characters. This could also spill over to the graphics and character speeds.

Here is another big one on the list of player hopes and wishes. They’d like to have the ability to fully customize the vehicles in the game. This would make it more fun and interesting to zip from one place on the map to another. A system that allows you to upgrade vehicles based on hit points and skill level might be a good idea for developers to consider. Wouldn’t it be great to have vehicles that show how well you’ve one in the game by the customizations?

Music lovers (and there are plenty of them), want Bully 2 to come out with a killer soundtrack. Most of us are greatly over my music and this is one improvement that most can agree on. Include songs and compositions that are original and made specifically for the game. Let’s get a theme going with the music that will remind us of the game and some of the better parts whenever we hear it.

One of the more frequently mentioned requests is for better enemies. Players want more enemies that are smarter and more challenging to beat. They’d like to see more threatening enemies in the game. There are a lot of different directions that the developers could take with this aspect of the game and it would be a shame if they didn’t take full advantage of the opportunity. It’s something that nearly everyone invested in the game wants to see.

It’s a good sign that the current characters are not that memorable when you have so many players asking for changes in this aspect of the game. Apparently, they’re not loving the current cast of characters in the game so it’s time for the developers to put on their thinking caps and give the existing characters some personality. If that’s not possible, scrap them and start from scratch with a few characters that we can relate to. Tell us more about their stories and evoke some emotions in the players.

Players want to see the developers of Bully 2 launch an official online game mode. There’s no doubt that this is an aspect of the game where there is a lot of room for development, like creating one, to begin with. The marketing strategies that they could intertwine with an official game mode are immense. Not having one is equal to a lot of lost opportunities for the franchise as well as for the players who could benefit from special online competitions, contests, and loot packages to give them an advantage during gameplay.

14. Develop social relationships with each character

Players also want to see the ability to form social relationships with each character in the game. There should be some kind of built-in memory in the game that records the interactions that Bully and the other characters have with one another so the next time they have an encounter, their behaviors reflect the last interactions and show a bit of emotion. For example, if the interaction was confrontational, there should be some sign of fear or aggression.

Bully Board forum members also shared their biggest wishes for Bully 2, and at the top of the list was the wish that players could enter into all of the areas without loading. There must be some way to decrease the loading time or even make it seamless. This would enhance gameplay and help to ease some of the frustration when you’re in a big hurry or have limited time to play.

16. Give us a weapons stash

Another user shared his wishlist and it included at the top a built-in stockpile area. It would be nice to set aside a dorm room inventory area that you can use to stash weapons as well as other useful items into a stockpile. Of course, it would have to be hidden so nobody could find it and rob you blind if you’re doing online play.

There were quite a few votes to have a bank in the game that you could use to deposit your cash and save it up. Some of the more creative minds took this a step further by suggesting that it would be great if the bank helped by creating interest for the main character to keep the investments rolling in.

Some players want to see Jimmy get older as the game progresses. As he ages, give him new privileges such as a driver’s license, a new vehicle, and upgrades that will allow him to do street races to win some extra cash. Give him a few missions to help him earn a vehicle and upgrade it from a jalopy to a superfast racecar.

Jimmy is at the age where he is old enough to apply for jobs. Let him get a job with part-time work while he’s still in school. After he graduates let him work for longer hours and at any time during the game to earn extra cash when it’s needed.

It would be nice if the developers would allow Jimmy to form deeper relationships with the characters in the game. How about allowing dating? This is a wish that was vocalized by a big percentage of the wish listers who shared their hopes for the upcoming Bully 2 release. Let Jimmy take them out on dates or chat with them to develop meaningful relationships. This wish was frequently mentioned on the Cultured Vultures forum.

There is a lot that needs to be done with the cliques and their impact on the game. How about allowing characters to specialize in one clique to help increase status? This would add yet another interesting dimension to the game.

22. Give the character a smartphone

Members of the Trusted Reviews forum want to see the characters have their own cell phones. It would add a new element of realism to the game and it could be used to enhance communication with allies or even getting threatening phone calls from enemies.

23. Give characters their individual combat styles

Here is another area of the game that could be made better. If Rockstar would develop a melee combat system and give each character individual combat styles it would make things a lot more interesting. Give each clique their own styles with various paths for upgrading the characters with special fighting abilities.

We get it that Rockstar designed Jimmy as a teen and he does the things that some teenagers do, but it might be nice to add an educational element to the age. What about tackling a common issue every now and then, and having Jimmy find a good workable solution? Give him a reward if he succeeds and penalizes him if he doesn’t. Throw in a few pearls of wisdom as food for thought for teen players.

To make the game more contemporary, Rockstar could make a bit more references to LGBTQ characters and find ways to answer some common questions that kids have about the whole gender thing. It could have a positive on someone’s life that is struggling. There have been several recommendations to incorporate this into the game, along with allowing same-sex dating. Allow players to choose their sexual preferences and build in a lifestyle aspect to the game that would be complementary to LGBTQ characters. Let them decide what kind of relationship they want to have with one another and make this a little closer to real life. 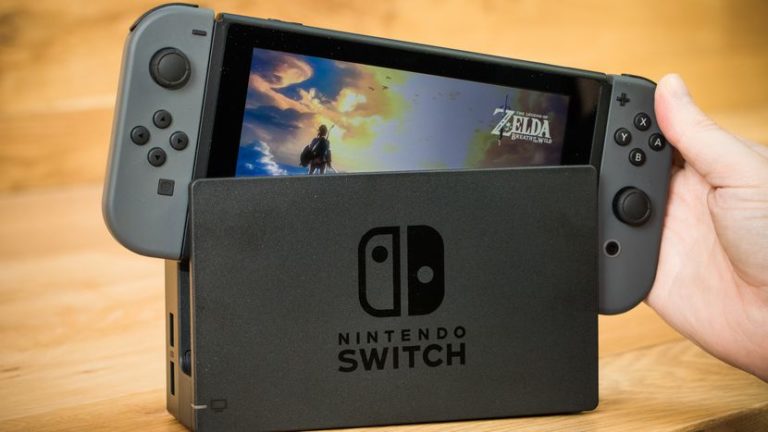 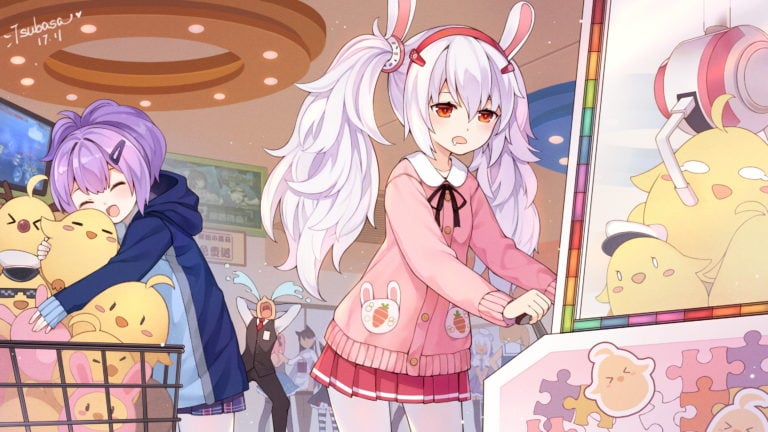 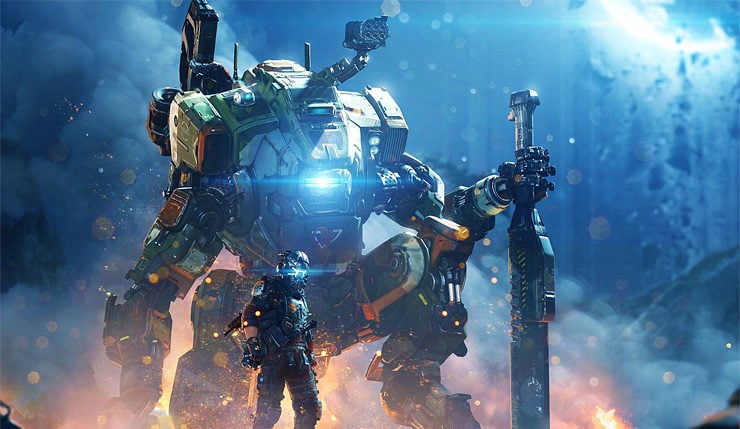