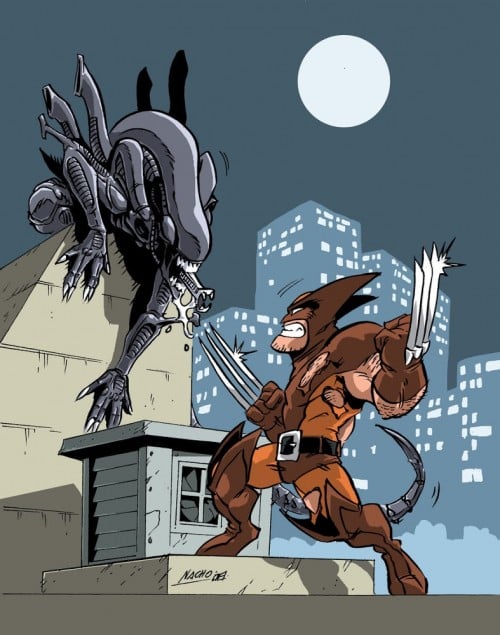 Though there’s not technically a “Predator” to be seen here, both the Xenomorph Alien and Wolverine qualify as predators. Perhaps as the two best in the business, if we really thought about it.

But who would win? I’d have to say Wolverine, as I would for nearly any fight Wolverine was in. The guy survived an atomic bomb blast, after all. This is providing that the Xenomorph’s acid blood doesn’t melt adamantium annnnnd why do I feel like I’m in an episode of the Big Bang Theory having this debate to the sound of a laugh track?

The artist is Nacho Fernandez, and he is every bit as awesome as his name.