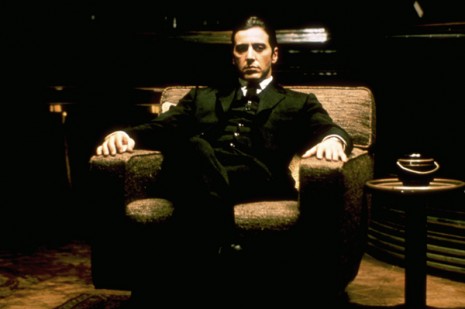 If you’ve never seen Michael Carleone in Walter White, look harder. Sure, one is a mafia don in 1950’s New Yorkand the other is a methamphetamine distributor in current day New Mexico, but they are, at their core, good men turned evil. The idea of watching a man be corrupted is nothing new – in fact it’s the crux of almost every modern mob film. The trick with The Godfather and Breaking Bad is that they start by endearing you to the man they will eventually manipulate into someone sinister.

It’s about a main character turning himself from a good guy into a bad guy.

As for The Godfather, part of its legacy stems from Francis Ford Coppola’s choice to portray a mafia lifestyle built on honor over glamour (in comparison to say Goodfellas). While the Corleones are comfortable in their affluence, they don’t exhibit the reckless exuberance of the artificially rich. They handle their business, which makes for the rise of Michael Corleone as Godfather all the more masterful.

When we see Ray Liotta in Goodfellas doing mountains of cocaine and screwing around on his perennially insane wife Karen, we see a guy waiting to get his comeuppance. Screw him, we think. He can get the nice table at the front of the Copacabana, but eventually it’s all going to come crashing down on this guy. With Michael Corleone, we meet him as a war hero. His ascent in the underworld is driven by family honor, not greed, although where the line between the two exists is a different matter entirely.

Goodfellas is a two hour PSA about never ever doing cocaine.

Walter White begins to cook the blue as a last-ditch effort to provide for his family, a choice he makes after receiving a diagnosis of terminal cancer. White is a teacher, which we equate with heroes on the sympathy index, and he is terminally ill, another group we are very willing to allot our compassion to. Michael and Walter both have families in need, and so they both take the first steps on a path previously unconsidered, compelled by need and a self-righteous dedication to be the men their families require.

Another leg in the moral transformation of these men occurs when they are first tasked with proving their dedication to their new lines of work. Often times a film will have an initiation sequence, wherein the protagonist must do something abhorrent in order to prove their loyalty to the group in question. Here Coppola and Gilligan both subvert the initiation sequence protocol by placing the initiation in a personal context. We allow Michael Corleone to murder two men, one a police chief, because the former ordered Vito be shot and the latter was a crooked cop.*

Murder is murder is murder. However, in the infinite spectrum of murder permissibility, there is a range, from Inigo Montoya killing Rugen in The Princess Bride (completely justifiable) to Cedric Diggory’s death at the hands of Voldemort in Goblet of Fire (pure evil). The murders committed by Michael fall much closer to Montoya territory than Voldemort ground, allowing us to stay emotionally invested in a man who just killed two people in cold blood. **

In the Breaking Bad universe, there are a slew of moments in which Walter White does something illicit to benefit his drug empire. There are simply things, like lying constantly to everyone he knows, and more complex ones, like dissolving a dead body in a bathtub full of acid.

At Louis, you come for the veal, but you stay for the double homicide.

For me, the defining moment comes at the end of show’s fourth season. Walter is waiting outside of his home, in need of money but sure that Gus has men stationed there, ready to kill him if he goes in. So what does he do? He calls an elderly neighbor, concocts a story about Walter Jr. leaving the oven on and watches as she goes into the house, displacing two of Gus’s men hiding in the backyard. There are two reasons I find this scene riveting and a defining moment for the show.

The first is that Walter reaches the apex of evil when he uses an innocent person to help him with nefarious intentions. While Gus’s men did choose to run away, they just as easily could’ve shot Walter’s neighbor, either for seeing them or because they assumed the person in the kitchen was Walter. The second is that, as viewers, we are glad that the neighbor scares the men away. We are relieved for Walter. This is akin to the classic scene at Louis Restaurant in the Bronx. We are happy that Michael has avenged his father’s shooting, glad to know that the Corleones will be safe to continue their work as the goddamn mafia. It’s brilliant writing, and a masterful manipulation of emotions. 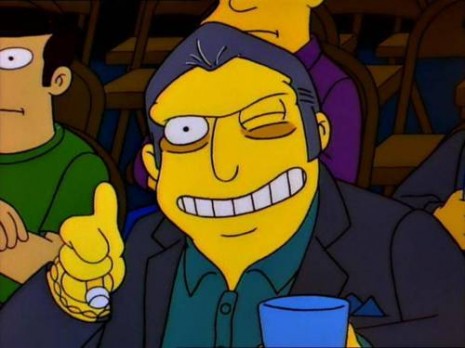 The moment we forsake Michael comes in The Godfather’s closing scenes. For much of the movie, his younger sister Connie has been abused by her husband Carlo. Sonny dies en route to probably disemboweling the poor bastard after getting a call that Carlo has been violent yet again. Michael takes no action against his disgraced brother-in-law until he learns that Carlo also worked with rival family boss Emilio Barzini in orchestrating Sonny’s death. He assures Carlo he won’t make “his sister a widow,” before leading him outside to be strangled to death. When Connie accuses Michael of ordering Carlo’s death, Michael’s wife Kay demands to know if it’s true. “No,” he tells her. End of movie.

As an audience, we can cope with the murdering. First of all, for the lucky majority of us, murder remains an abstract concept, no matter how often we read about it in the media and see it on our television screens. Secondly, we meet Michael as a man devoted to his girlfriend Kay. He even drags her into the family photo at Connie’s wedding. For him to lie to her is the ultimate betrayal of his past self. That’s because the good guy to bad guy character arc requires a partner, someone who acts as the constant to the rapidly changing protagonist. Michael’s partner is Kay. Walter’s is Jesse Pinkman. 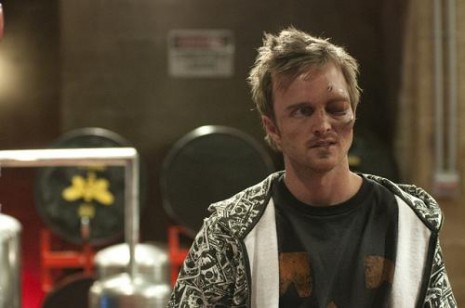 For a show filled with incredible episodes and pulse-pounding scenes, I can’t seem to move past the final episode of season four. After the neighbor-as-bait scene, there comes a much, much bigger moment in the season’s final moment. Jesse turns on Gus because he believes Gus poisoned Brock (the child of Jesse’s girlfriend) with Ricin. Later Jesse tells Walter that in actuality, it was a venomous plant called Lily of the Valley. Before the credits roll, we see a Lily of the Valley plant in Walter White’s backyard. Just as Michael betrays Kay with a lie that will inevitably be the first in a lifetime’s worth of deceit, Walter purposefully poisons the son of Jesse’s ladyfriend in order to persuade him that Gus must be killed. Whether or not Walter is pure evil remains to be seen in the series’ final season, but by manipulating Jesse, his partner from the get-go, there is no reason left to trust him.

Plenty of shows, movie and novels have toyed with the notion of a good person going bad. What separates The Godfather and Breaking Bad is that we are not passive voyeurs in the journeys of Michael Corleone and Walter White. We cheer them on, despite the body counts and ruined lives. We immerse ourselves in the murky waters of ethical ambiguity, unsure how to rectify a past morality with a present criminal.  After all, what’s more evil than a former hero?

* I cannot say ‘crooked cop’ without thinking of this.
** This phrase always throws me. I mean, the blood is warm when it leaves the body, and while it does go cold afterwards, wouldn’t that make every murder cold-blooded? Apparently the roots of the phrase come from the thinking in older times that one’s blood temperature determined their emotions. So to kill in ‘cold blood’ meant to do so without emotions, a result of your cold(er) blood. Read more here.