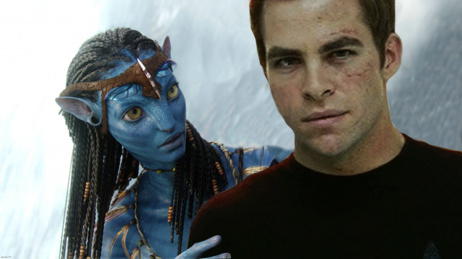 Yesterday, Madison brought you his picks for the best of ’09, so now it’s my turn today. Our lists share a lot of the same films to be sure, but we do have different enough tastes where they’re not identical.

Everyone is saying that this has been a pretty bad year for movies, and I would say that’s true in some respects, but I have to say that this has been a banner year for sci-fi. District 9 and Avatar came up with original (well, mostly original) stories for the genre, something that rarely happens these days, and the Star Trek reboot was more fun than anyone thought it would be, and got a whole new generation into the fading universe.

Elsewhere there were a few surprises here and there, and of course Pixar’s yearly offering of awesome. We had a new Tarantino film, and perhaps the greatest (non) love story ever written. I think what’s missing here are those “prestige” pictures that absolutely reek of Oscar-ness. I don’t see any stand-out films in that regard, but I predict Best Picture and most of the other major awards go to films somewhere in my list.

So without further ado, here are my top ten movies of 2009: 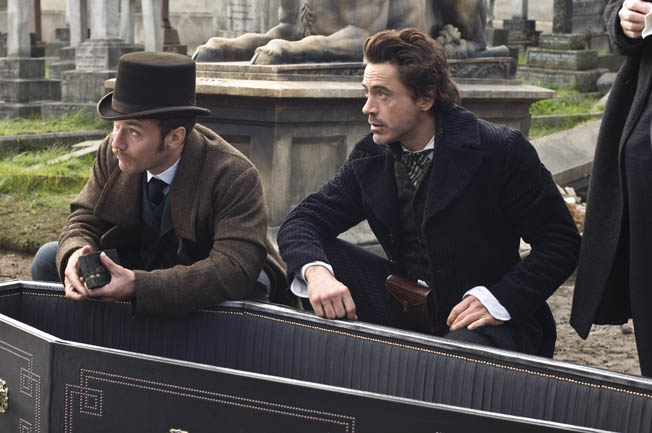 My number ten spot was my hardest to fill, as I’d like a four-way tie with Harry Potter, The Hangover, Moon and Sherlock Holmes, but alas, I can only pick one. I went with Holmes because it’s just so much different than anything else that has come out in recent years. It has amazing performances from both Jude Law and Robert Downey Jr. and also proves that Guy Ritchie is in fact a talented director who can go outside of his general comfort zone.

The series looks to be a franchise, and makes Holmes a new kind of hero in a cinemascape currently filled with superheroes and quite literally action figures. It’s stylish, smart and all around one of my more enjoyable experiences at the movies this year. 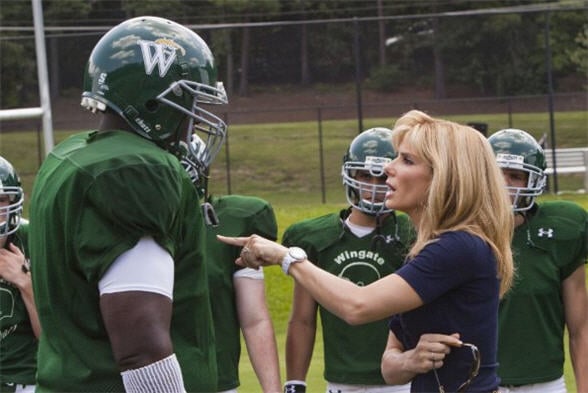 The Blind Side tells the story of an underprivileged youth from a horrible background pulled out of the gutter and helped by those more fortunate than him. If it sounds a lot like another film this year, that would be Precious, also based on a true story, but I found The Blind Side is much better at telling that kind of tale.

Precious crushes the audience with endless amounts of despair, while The Blind Side is incredibly uplifting, and perhaps the most inspiring film of the year. Whether that means it’s a better film may be up for debate, but I certainly liked it more, which is why you find it here instead of its more depressing counterpart. 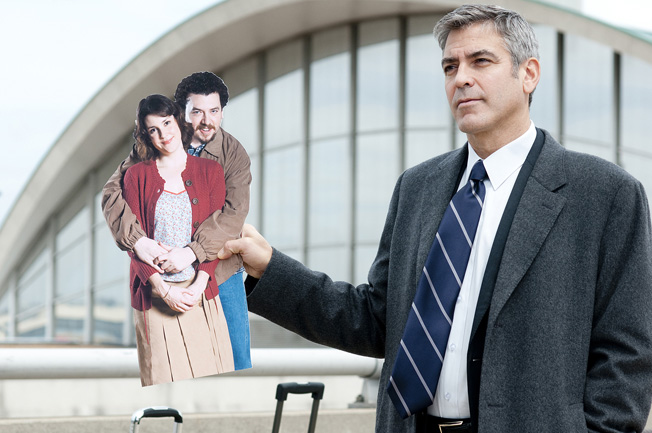 Jason Reitman, it would appear, is so far incapable of making bad films. Though I view Up in the Air as his weakest effort to date, even that is enough to land it here in my top ten list. The film is just so damn well written and put together that they should use it as an object lesson in film schools across the country.

What prevents me from putting it higher is the believability of the concept (a motivational speaker sells his lifestyle of loneliness as a self-help cure) and the fact that I think George Clooney isn’t really challenging his acting ability by simply playing himself. 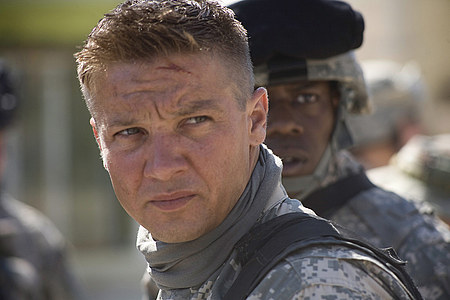 War is a drug. That’s the message The Hurt Locker wants you to take home as it paints a painfully precarious portrait of the life of an adrenaline-seeking bomb technician in Iraq. He approaches IEDs with a cavalier attitude, but even though he doesn’t seem to value his own life, the film’s tense sequences leave us on the edge of our seat the entire time.

It’s a breakout vehicle for Jeremy Renner, a relative unknown who will surely find this to be his star-making role. It’s not the best film of the year, as many may claim, but it’s probably one of the only great movies ever made about our current Mideast conflict and the madness that goes along with it. 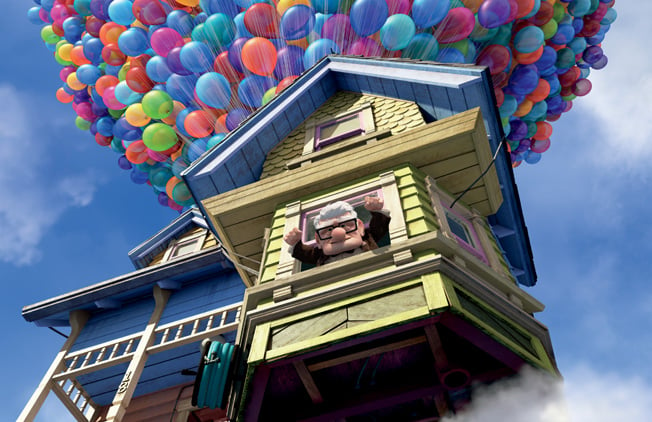 It’s stunning just how wacky a concept Pixar can take and turn it into a emotionally powerful and thoroughly fun film. Right now, I think they’re at the point where they’re just trying to challenge themselves. “An old man, a fat boy scout, a giant bird and a dog fly around in a house tied to a million balloons.” What? That’s a movie? Only for Pixar.

Up is without a doubt the most emotional Pixar film to date as it deals with grown-up themes like death and loneliness. The comedy doesn’t disappoint either, and when all of this combines, it proves that Pixar is still on top, and not going anywhere. 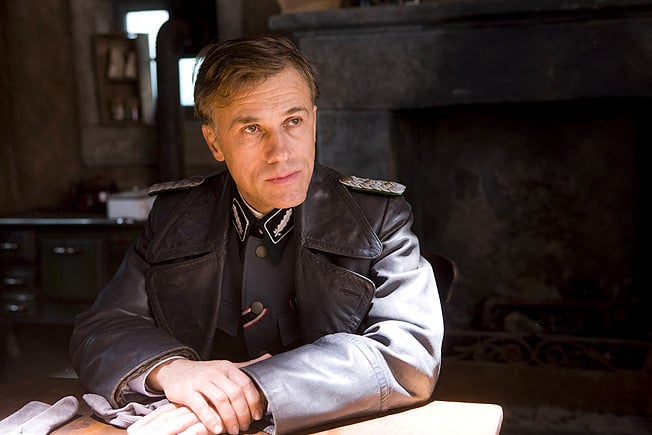 Quentin Tarantino has outdone himself yet again by completely rewriting World War II to make it way, way more awesome. His tale of the badass Jew crew, the Basterds, and their hunting of Nazis behind enemy lines features all of the brutality and well-written dialogue you’ve come to expect from the director.

Fortunately, he’s learned that timelines don’t need to be completely butchered and reassembled, and he’s learned how to make a long movie, but one that doesn’t need to be cut in two parts. Basterds is close to his greatest creation, and with a library full of classics, that’s really saying something. 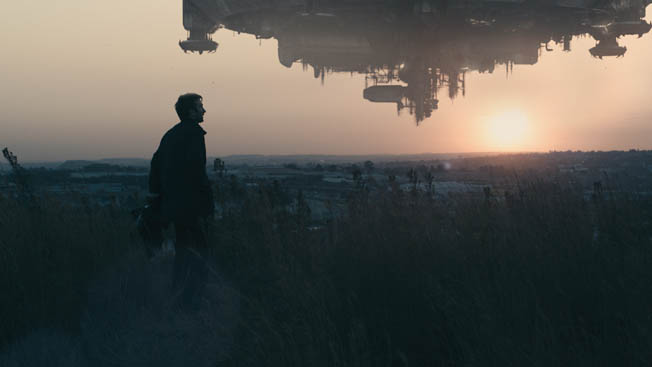 A truly original sci-fi movie wasn’t something that came along very often in the past decade or so. Unfortunately, this year alone we’ve got Avatar, Moon and hell, even Pandorum to go up against District 9. But for an original plot? D9 takes the cake for creativity there.

Alien apartheid is something sci-fi has never tackled before, and District 9 creates likable leads out of creatures shaped like shellfish, something that fundamentally shouldn’t be possible to do. The movie looks like it was made on a $200M budget, but only actually used a fraction of that. It’s a new sci-fi classic, and possibly the start of an excellent franchise.

When I first saw this film I thought it was the greatest thing I’d ever seen, and J.J. Abrams was a god among men for bringing such a creation to earth. Now, nine months later, I’ve scaled back my enthusiasm as I’ve come to realize just how many damn plot holes are in the movie, but even with those, this is still one of my top picks for the year.

Abrams made the uber-nerdy Star Trek accessible to both hardcore fans and average moviegoers with a slick, stylish adventure featuring an almost unknown cast. My biggest complaint that this wasn’t a Star Wars reboot instead. 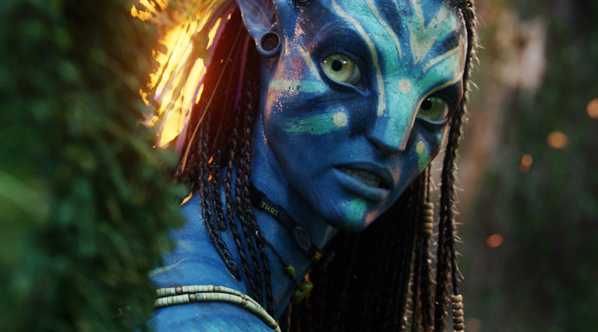 Yes, the plot has been endlessly recycled since the dawn of storytelling, but good lord, there is no other moviegoing experience quite like Avatar in the history of film. The extraordinary 3D visuals took CGI to a level that almost can’t go any further, and Cameron’s emotion capture camera technology finally crossed the Uncanny Valley, a feat no one thought was possible in this day and age.

It may have its story flaws, but Avatar is unquestionably the most important film of the year, and will change all of blockbuster cinema for decades to come. 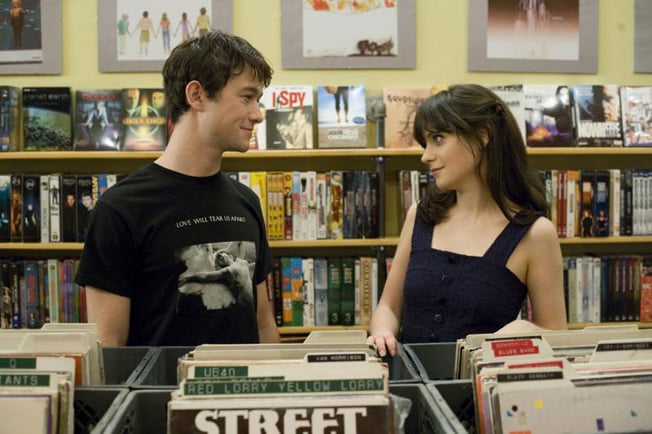 Once again, I pick a film that’s outside most people’s visions of #1. This happened with Once, The Prestige and many of my other choices throughout the years. But I stand by my decision that I really can’t find anything wrong with 500 Days of Summer, which is probably why I’ve showed it to about a dozen different people since its release.

It’s an anti-love story, the likes of which I’ve never seen before. It’s fun and sad and hopeful and wonderfully acted by its two leads, Joseph Gordon-Levitt and Zooey Deschanel, and despite its sensitive subject matter, can be enjoyed by either gender equally.

In a genre plagued with clichés, 500 Days of Summer stands out as being truly original, exceptionally written and perfectly cast, and for that, I crown ir number one of 2009.