1. Had a Traumatic Childhood

This doesn’t come up much. However, Leon is said to have had a traumatic childhood because his family had connections to crime. That could be why he has a Mafia costume in Resident Evil 4, though to be fair, plenty of games have plenty of costumes that receive no justification other than they are interesting in some way.

2. Became Inspired to Become a Cop By a Cop

Regardless, Leon’s family was eventually killed because of those connections. He himself survived because a cop saved his life. As a result, Leon became inspired to become a cop for the purpose of protecting other people.

Unsurprisingly, Leon got very good training scores when he was training to become a cop. The earlier Resident Evil games might have emphasized survival horror over other elements. However, their protagonists still fought their way through a ridiculous number of enemies. There are some Resident Evil protagonists that can handwave such things because they have superpowers, but Leon isn’t one of them.

4. Volunteered for the Raccoon Police Department

After Leon graduated, he volunteered for the Raccoon Police Department. Apparently, he did so because of the strange murders happening in the Arklay Mountains as well as around the vicinity of the Arklay Mountains. Chances are good that interested individuals can guess that at least some of these incidents were caused by Umbrella experiments that had managed to make their way into the wild. However, it is interesting to note that the Arklay Mountains had a nasty reputation even before the strange murders, not least because of the travelers who would lose their way when they stumbled into the fog that so often covered their forests. Suffice to say that can be a very dangerous scenario even in real life.

5. Might Have Been Delayed Getting to Raccoon City Because of a Bad Breakup

In any case, Leon was delayed getting to Raccoon City. However, there are different versions for why this happened. In the original Resident Evil 2, he had a bad breakup with his girlfriend. Due to that, he overdrank at a motel while he was on his way, with the result that he woke up too late.

6. Might Have Been Delayed Getting to Raccoon City Because of a Confusing Phone Call

Amusingly, the remake of Resident Evil 2 has a different story for why Leon was delayed getting to Raccoon City. In this version, he was told to stay away by a confusing phone call. For a time, Leon did so. However, he eventually decided to look into the matter on his own anyways, which was possible because the highway blockade into Raccoon City had already broken down by that point.

7. Considered Suicide During the Events of Resident Evil 2

The remake of Resident Evil 2 does a lot to show that Leon is frightened by the circumstances in which he finds himself, which is a very reasonable as well as a very sympathetic reaction to a zombie outbreak. Resident Evil 6 claims that he gave some serious thought to killing himself with a single bullet to the head rather than be killed in a longer, more unpleasant way by the countless monsters that were running around. However, Leon decided against it so that he could continue helping out the other survivors in Raccoon City.

8. His Reaction Was Understandable Under the Circumstances

It isn’t hard to see why Leon might react that way. The zombie outbreak in Raccoon City killed more than 100,000 people. Often-times, that happened in very unpleasant ways. To name an example, Leon tried to pull Elliot Edward to safety in the remake. Unfortunately, he failed because his fellow cop was torn in half by zombies. After which, the top half of Elliot’s body reanimated before attacking him. That was just a single example of the horrors that Leon experienced when he was still a rookie, so it isn’t hard to see why he thought about going out on his own terms rather than dying in such a way.

A lot of people use humor as a coping mechanism. As such, one can’t help but speculate that Leon uses his snarkiness as a way of coping with his experiences. Certainly, it is interesting to note that he became snarkier in the latter part of the remake, which was a notable change from his fear in the earlier part of the same. Furthermore, Leon was at his snarkiest in Resident Evil 4, though it seems safe to say that if that was his coping mechanism, it had limits to how much it could help because of his once-again changed personality in Resident Evil 6.

For context, Leon’s latest appearance was in Resident Evil: Vendetta. There, he started drinking a lot after a mission resulted in every single member of his team getting killed. After which, he had to kill them a second time when they zombified in the morgue. The movie made it very clear that Leon was less than enthused by how his life had become fighting one group of bio-organic weapons after another with no end in sight. However, the movie also made it very clear that he retained the compassion at the core of his character, meaning that he wasn’t capable of just shrugging it off when the people around him came under threat.

11. Has a Noted Fondness for Pistols

It is common for video game protagonists to have iconic weapons. For Leon, this would be his pistol. The exact pistol can differ from game to game. However, there is always a special pistol of some kind for Leon. Amusingly, the character even dual-wielded pistols in Resident Evil 6, which is presumably one of the stylistic differences that have caused people to talk about the later Resident Evil games being more action-focused than survival horror-focused.

12. Has a Noted Fondness for Knives

Besides his pistols, Leon is also notable for his knives. One would think that fighting infectious monsters with something that short-ranged would be a terrible idea. However, Leon makes it work. The transition from Resident Evil 2 to Resident Evil 4 was particularly noticeable. Previously, the knife had been a last-resort weapon that players preferred not to use unless they were either out of other options or running out on other options. In Resident Evil 4, the knife wasn’t exactly the most powerful weapon that can be found. However, it was a reliable tool under a wide range of circumstances, meaning that it saw a huge upswing in use.

Curiously, Leon has shown that he is ambidextrous. This is because he got into a knife-fight with Jack Krauser in Resident Evil 4. In it, Leon showed himself to be capable of fighting well with the knife in either one of his hands. Something that contrasted with his opponent, who was consistently right-handed.

Unsurprisingly, Leon has shown up in more than one mini-game that offers interested individuals the chance to choose from a wide range of playable characters. In those, he tends to be an excellent example of a well-balanced character. As mentioned earlier, Leon lacks in-setting superpowers, meaning that he lacks the special gimmicks that other characters can have. In exchange, he can perform well in a wide range of scenarios under a wide range of circumstances even if he can’t excel in some of them in the same way that the other characters can.

The sheer number of times that Leon has shown up in the Resident Evil franchise means that interested individuals should have no problem guessing that he has the kind of bad luck that one would expect to see on the hero of a long-running action movie franchise. Raccoon City was the first time that he ran into bio-organic weapons. However, he went on to face a much, much wider range of monsters because of one incident or another. One particularly notable example would be the zombified whale in Resident Evil: Revelations, which was made even worse by the fact that the parasitic flatworms responsible for the whole thing were more than big enough to threaten humans on their own.

16. Has an Action Hero’s Durability

Fortunately, while Leon lacks in-setting superpowers, he has an action hero’s durability anyways. Something that has been proven again and again over the course of the Resident Evil franchise. For example, he got through a good chunk of Resident Evil 2 with a bullet in his shoulder. Similarly, he has remained more or less functional after falling from a helicopter from a sufficient height to crack tempered glass with his shoulder.

17. Prefers to Believe in the Good Nature of Other People

On the whole, Leon can be said to be one of those people who prefer to believe in the good nature of others. This is something that has gotten him into trouble on more than one occasion with more than one individual. However, it has also paid off for him to some extent with at least one individual, which makes sense because different approaches work under different circumstances.

18. His Story Was Different in Resident Evil 1.5

As strange as it sounds, there is something that could be called Resident Evil 1.5. What happened was that the developers were dissatisfied by what they had made for the second Resident Evil game, with the result that they decided to start over. Some of what they had settled upon made it into the eventual product. However, other things went through various degrees of change. Leon remained more or less the same in both versions, but it is interesting to note that he had already managed to make it into Raccoon City in the original version, with the result that he started out in the Raccoon Police Station with other surviving cops when it becomes compromised. After which, Leon and the others would have to fight their way out rather than wait to be overrun.

19. His Original Design Got Rejected Because It Looked Too Much Like Chris Redfield

Speaking of which, Leon went through the standard sequence of changes before the developers decided upon a final look for him. It is interesting to note that the first version was very different from the subsequent versions, which makes sense because that version was rejected for looking too much like Chris Redfield. For comparison, the later versions were much closer to Leon’s eventual appearance even though they had differences of their own.

20. Could Have Winded Up Fighting Hallucinations in Resident Evil 4

On a similar note, Resident Evil 4 saw some serious changes when it was being made as well. To name an example, there was a point when the plan was for Leon to fight enemies that were hallucinations for the most part. However, that proved to be impractical. As a result, the developers returned to an earlier idea in which Leon had become infected with a parasitic organism, though they chose to use a very different setting with a very different cast of supporting characters. 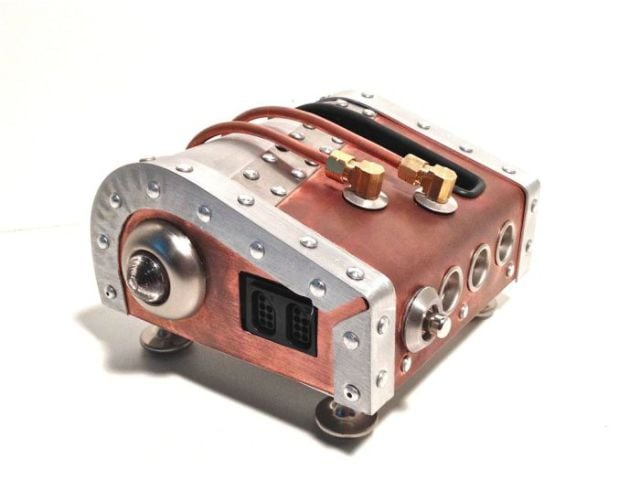 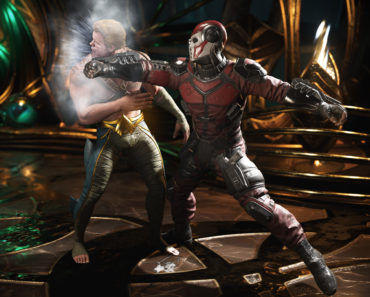 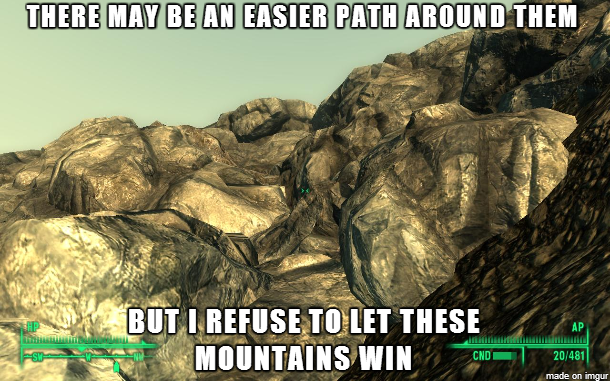 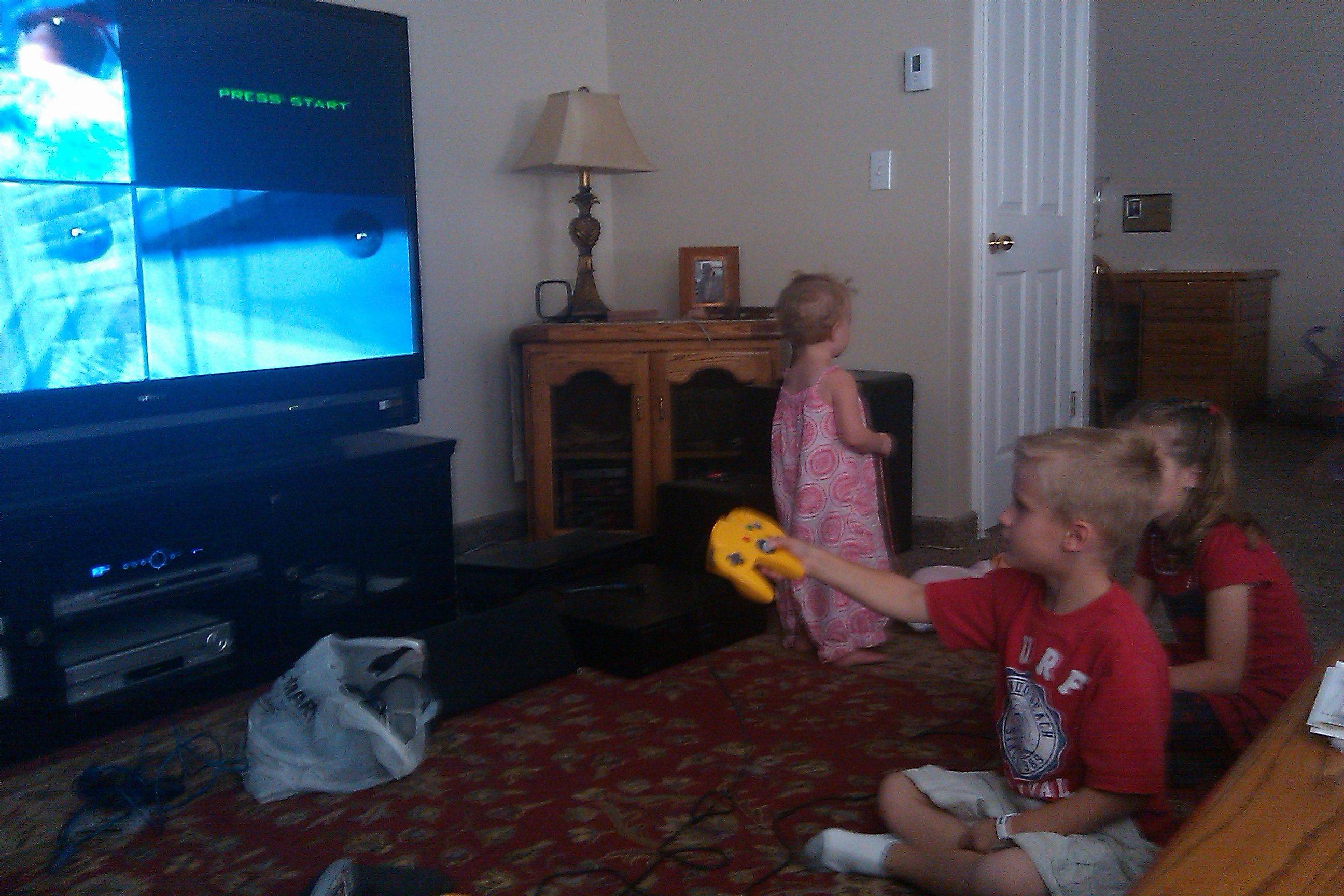 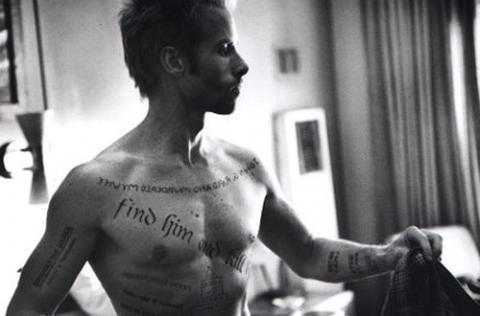