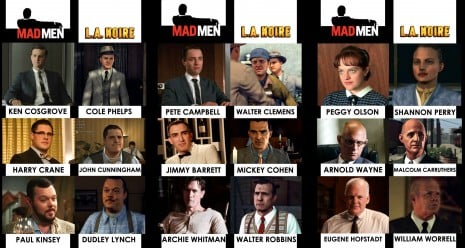 When playing through LA Noire, it’s immediately apparent that you’re playing as Ken Cosgrove (aka Aaron Staton). Along the way, if you’re a fan of the show you’ll go, “Hey, it’s Harry!” or “Hey, it’s Peggy!” But there’s far more to it than that.

All in all there are actually nine actors from Mad Men that appear in the game. No they’re not Don Draper or Joan Holloway, but once you see them, you’ll recognize them. I guess that when word got out they wanted a couple of them, the floodgates opened and they all poured in. I’m willing to be there are even a few more hidden away that this images misses.

As for the sequel? Let’s get Jon Hamm, Christina Hendricks and January Jones up in here. 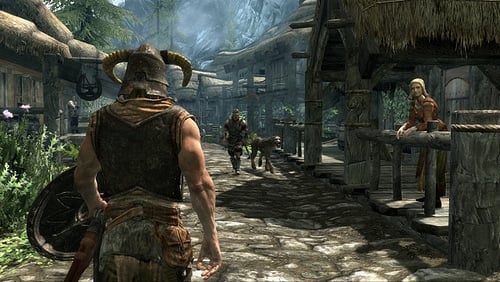