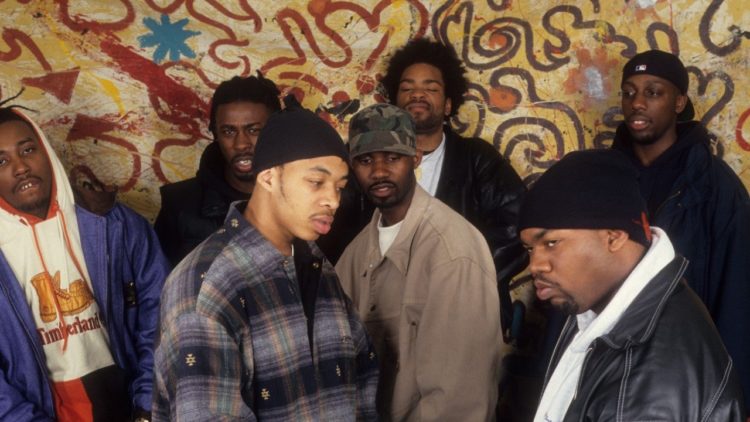 Recently, a NVIDIA GeForce Now leak leaned towards some interesting information in the form of a future collaboration with Xbox and a very famous rap collective: the Wu-Tang Clan. It has been reported that the legendary, and large, hip-hop group was expected to be providing some form of music for the rumored fantasy RPG, as well as the game is themed around the artists in general, being brought to life via Xbox, who just acquired Blizzard Activision in a huge deal. Below, we’ve gone into detail on Wu-Tang Clan and their impact in all forms of media, as well as known details on the upcoming fantasy RPG expected to be brought to gamers with Xbox and Wu-Tang Clan’s collaboration.

Wu-Tang Clan, above all else, has always been a smart, interesting, and well-cultured group full of some of the deepest lyrics and themes. Some of Wu-Tang Clan’s most famous songs are “C.R.E.A.M.”, “Wu-Tang Clan Ain’t Nuthing ta F Wit”, and “Protect Ya Neck”. The songs mentioned, and countless others, have been included in seemingly endless media such as TV, movies, and even past video games such as “Sleeping Dogs”, “Grand Theft Auto”, and even their own video game that was previously released for the original PlayStation console. Wu-Tang Clan was founded in the early 90s and has featured more of a collective than a cemented rap group as some members are more permanent than others. Some of the most well-known members of the Wu-Tang Clan have been Ol’ Dirty Bastard, RZA, GZA, Method Man, Raekwon, and Ghostface Killa, Although there are other members, the members mentioned above and well known for both their work with Wu-Tang and outside of the group as well.

Previously, as mentioned above, Wu-Tang Clan has dedicated themselves to being featured in a video game with their own name on it but this time around we appear to be getting something entirely different from the interesting fighting game for PlayStation. The game was mostly similar to “Mortal Kombat” in gameplay but with Wu-Tang Clan, nothing was ever a copy or similar theme to anything else as the group has always done an incredible job at being highly original. Members of Wu-Tang Clan have also been included in various ways through the “Def Jam” video game series. The “Def Jam” wrestling games carried interesting personas of the rappers and artists they featured but the upcoming Xbox RPG, from the earlier mentioned leak, seemed like it may be much more loyal to the RPG genre, with skill trees and related features likely.

While we know much more about the original Wu-Tang Clan game than we do this upcoming RPG project with Xbox, we do have some information to go on at the moment. It should be noted that while most of the information regarding the information towards the new game may be from leaks or unconfirmed sources, typically these things don’t make as much talk when there’s a lack of evidence. With that, we’ll go into what we know to most likely be true regarding the upcoming Wu-Tang Clan and Xbox fantasy RPG, based on leaks and other information.

What We Know About Wu-Tang Clan Xbox RPG

As stated above, while no details are officially announced by Xbox, Wu-Tang Clan, or any other related or involved persons but based on information presented to people familiar with similar situations, the game appeared to be something more than likely in a certain stage of production. So far, leakers and those familiar with the situation have pointed out that the game will be created with Wu-Tang Clan through Brass Lion Entertainment, and other information compiled by IGN. The game is currently codenamed “Shaolin” which may sound familiar to the original game mentioned earlier created for PlayStation but it’s actually a general reference to Wu-Tang Clan and gave us the idea that they will be heavily involved and it won’t be a game simply inspired by the group. Any previous brand to collaborate with Wu-Tang Clan directly has had not only a very unique product come of it but also something true to Wu-Tang Clan and their history as well. While nothing has been cemented as far as the game itself such as background, characters, or anything else as president of Brass Lion tweeted that the studio was looking for a game designer in September of last year. Overall, the Xbox action-RPG, as it has Wu-Tang Clan heavily involved with the development, should be somewhat of an impressive game, and hopefully not a flop to the level that other music-inspired RPG games such as “Brutal Legend”, with Jack Black, have gotten upon release.

(click to enlarge) This is a collection of a few um, elementally powered monsters that like to battle each other. I forget what they’re called, but I do know they look pretty damn cool when…

httpv://www.youtube.com/watch?v=0pig3PbHyJY By: Victor “Fiefo!” de la Cruz The most memorable quotes of wisdom can come from unexpected sources. In order for it to be memorable, the quote has to resonate with people, even if they…

The onslaught of video games this past fall caused me to put my recently acquired PS3 on the shelf for a stretch that has only ended recently. Though titles like Battlefield, Modern Warfare and Skyrim…

(click to enlarge) Facebook is changing yet again, and many of you are probably using the new “timeline” format which requires a big ‘ol banner image to go across the top of your profile. It’s…

httpv://youtu.be/O_-DiJazPhA SimCity hits store in a little less than a month, and we’ll be able to zone and plan to our heart’s content. In the meantime, check out this trailer for Robert Rodrgiuez’s Sim City,…

(click for full size) When playing through LA Noire, it’s immediately apparent that you’re playing as Ken Cosgrove (aka Aaron Staton). Along the way, if you’re a fan of the show you’ll go, “Hey, it’s…