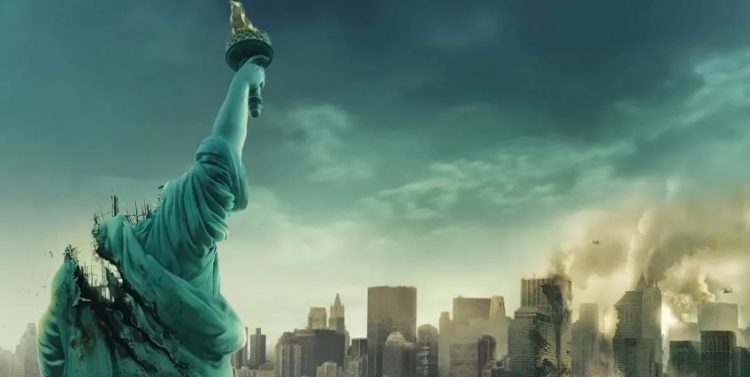 The Cloververse refers to the shared setting for Cloverfield and its follow-ups. It is important to note that J.J. Abrams did not conceive of the Cloververse from the start. Instead, Cloverfield proved to be very popular, so much so that the choice was made to change a number of what were supposed to be standalone movies to make them compatible with a shared universe. After all, franchises can mean high earnings because of viewer buy-in, meaning that the creation of the Cloververse was perhaps inevitable as soon as Cloverfield had hit the movie theaters.

Currently, there are three movies in the Cloververse. The first is 2008’s Cloverfield, which interested individuals should remember as a found footage horror movie that focused on six individuals fleeing from a huge monster that launches a sudden attack against New York City. Meanwhile, the second is 2016’s 10 Cloverfield Lane, which was a psychological thriller about a young woman who wakes up in an underground bunker following a car crash with two men who tell her that something has rendered the surface of the Earth uninhabitable. Finally, there is 2018’s The Cloverfield Paradox, which is centered on a group of astronauts who must return home after a science experiment sends them into an alternate universe. The first two movies were very well-received, but the third was much less so, which is why a lot of people tend to better-remember it because its science experiment opening up portals to other realities is used to explain the various shenanigans that happen in the Cloververse.

Besides this, it should be mentioned that the movie Overlord about Allied soldiers stumbling upon secret Nazi experiments was supposed to have been the fourth movie in the Cloververse. However, Abrams changed his mind on the matter, which is why it became a standalone movie instead. With that said, a fourth movie in the Cloververse is supposedly in the process of being developed, which will be a true follow-up to the first Cloverfield movie. On top of this, it should be mentioned that various figures involved with the Cloververse have commented on the potential for crossovers, meaning that it seems probable that there will be more Cloververse movies in the time to come.

Why the Cloververse Should’ve Never Existed

Having said this, one can’t help but feel that the Cloververse should have never existed. Both Cloverfield and 10 Cloverfield Lane are perfectly good movies in their own right. Moreover, both of them have unresolved storylines that don’t necessarily need follow-ups but could nonetheless easily accommodate them with some minor rearrangement. As a result, a follow-up to either one of those movies could have been very interesting, assuming that it was executed with a similar measure of competence of course.

Unfortunately, the choice to put those movies in the same shared setting doesn’t really do anything for them. Simply put, there isn’t really a meaningful relationship between Cloverfield and 10 Cloverfield Lane, thus resulting in the connection being wasted. On top of this, the event used to explain the cause of the Cloververse in The Cloverfield Paradox was neither particularly interesting nor particularly innovative. Even worse, the third movie still did very little to make the connection between the movies pay off, meaning that it is a waste of potential in a very real sense of the word.

Theoretically, the Cloververse could improve from this point forward. The fun part about shared settings is when crossovers happen, so it is possible that at some point in the future, we could get a movie that tie together some of the best characters as well as some of the best storylines from the Cloververse, thus making everything worthwhile in retrospective. However, until that time comes out, one can’t feel but think that the Cloverfield movies would have been better-off as their own franchises instead of being forced together to swim or sink as a whole. For that matter, there is no guarantee that we will ever get a movie that could justify the Cloververse in retrospective. Certainly, there has been discussions of such a thing, but as shown by the failure of The Cloverfield Paradox, Cloververse movies are far from being guaranteed to succeed, meaning that it can’t be counted until it has proven itself beyond the shadow of a doubt.