I’m not sure what percentage of you actually keep up with The Office any more, as it’s in what, its eighth season now? Insanity. I doubt there are many loyalists like myself who have managed to keep watching every episode all this time, but if any of you managed to catch it last night, you’ll know what I’m talking about here.

Seriously, I’ve never seen a show go from relatable, understated comedy to this degree of complete buffoonery. Back when Michael Scott was still around, I lamented that he had become little more than a cartoon character, acting in ways that no human being ever would. I was sad to see him go, but I thought his replacement, Andy Bernard, to be a more toned down version of him, and the show seemed to be getting back to a place of relative sanity.

But no. It appears at last that The Office has gone full retard. That was going to be my title, but I figured it would offend those who didn’t get the Tropic Thunder reference. In any case, in nearly every second of last night’s episode the show became everything wrong with television. A brief summary of the nights events.

– Andy comes back to the office to find Nelly has taken his job and office.

– This news makes him impotent, literally impotent, a problem that plagues his and Erin’s new relationship

– Nelly finds out about this and holds an office wide meeting about impotence, and there is a full seven minute conversation about erections, orgasms and sexual dysfunction.

“Please join us, we’re having a meeting about your penis.”

This event was so out of place, it made my skin crawl. Not in the typically “socially awkward moment” way that The Office usually has perfected, but just the fact that the show had stooped to this. The most telling moment was when Toby was asked if he could do anything to stop this clearly inappropriate conversation. He throws up his hands and says “HR’s a joke, I can’t do anything about anything.”

It’s a symbolic line, really. Toby acting as the usual standards of comedy in which the show should operate, giving up hope as things just turn to shock value and almost Dadaist absurdity to get laughs.

And this was just the first half. Then Andy and Erin literally pitch a fit and starting yelling and screaming in the middle of the office like four year olds in the hopes of ousting Nelly. The grand finale is when Ryan shows up on horseback dressed in full Indian regalia to try and win Kelly back from her new doctor boyfriend. See what I mean about Dadaism? 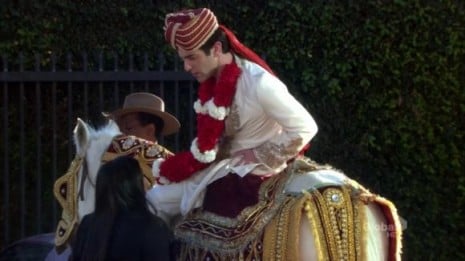 It’s like the show’s turning into a post-modern experiment in awfulness.

This was far and away the most disgraceful episode of The Office I have ever seen, and I say that as someone who has genuinely liked the show for a long time, even in this last season. But after a 180+ episodes (the UK version was 12 and a Christmas special), it’s clear that the show has gone completely off the deep end and needs to end to save itself further embarrassment. 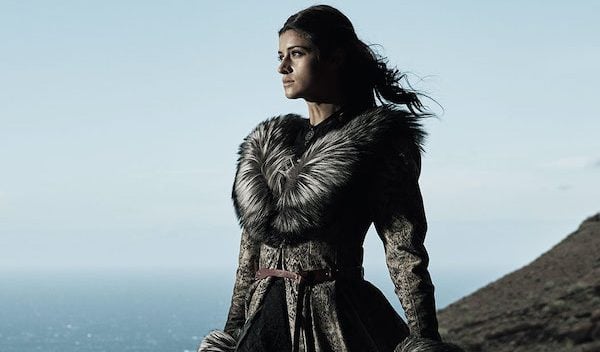 Yennefer is one of the most important characters in The Witcher. This is because she is the sorceress who happens to be Geralt of Rivia’s one true love in spite of their on-again, off-again relationship,…

I’ve recently stumbled upon a new tumblr by Azad Injejikian called “Comics of Ice and Fire” which is exactly what it sounds like. He’s started a new comic series based on Game of Thrones, and…

Homeland isn’t getting a lot of press with shows like Dexter and The Walking Dead being on everyone’s lips all the time, but it has been a pretty solid new show, and I wrote a…

(click to enlarge) I’m sort of in love with this Disney version of Firefly, like that’s any surprise. Artist Stephen Byrne has transformed the series into animated form, with nary a princess to be found….

Since the news dropped that Netflix failed to hit revenue and subscriber targets after the Q2 figures were released, the video streaming goliath might as well feel like the ending credits have finally come. Everyone…

I’m not sure it’s necessarily the best idea to dress your kids up as meth kingpins/makers/dealers/takers for Halloween, but hey, we all love Breaking Bad and kids don’t know what’s going on, so why not?…