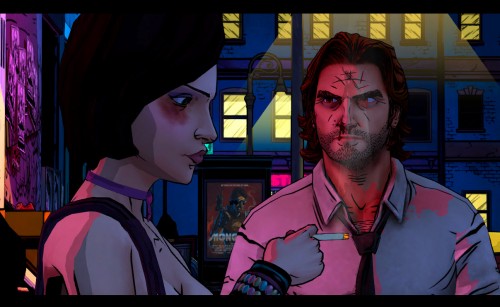 The way I see it, there are five traditional ways to tell a story in modern media.

And as you’ll note, we cover all of them here to some extent on Unreality. I suppose you could add in things like stage plays, but you get the idea.

Naturally, it’s named after Telltale Games, the studio behind last year’s fantastic Walking Dead episodic series of games. Though perhaps it’s not fair to Quantic Dream, who through Indigo Prophecy, Heavy Rain and Beyond: Two Souls, they’ve told similar types of stories (albeit not in spread-out, episodic form). 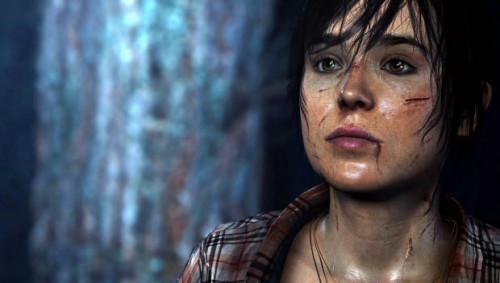 As I sat down to play Telltale’s new series, The Wolf Among Us yesterday, I was reminded how strikingly engaging it is to consume a story this way. Quantic effectively combines film and video games, while Telltale’s episodic model is more a combination of TV and games.

These games can often get bad reviews from fans or critics because in truth, they barely qualify as “games” in the traditional sense. They’re heavily cutscene and dialogue based, and what little action there is almost is always based on the much hated “quick time event,” where you hit buttons or keys to work your way through a scripted fight scene.

That said, there’s something these games have that movies, television and video games don’t by themselves. While there are many games with incredible stories, these stories are usually broken up by extensive sections of gameplay that require mowing down enemies en masse with machine guns, or something similar. I love BioShock Infinite’s story, but it’s off-putting to put it on pause every five minutes to kill a dozen men by setting them on fire or filling them full of bullets. It’s like if every thirty pages in Moby Dick there was a huge action sequence where he has to spear a swarm of angry whales before the story can continue. 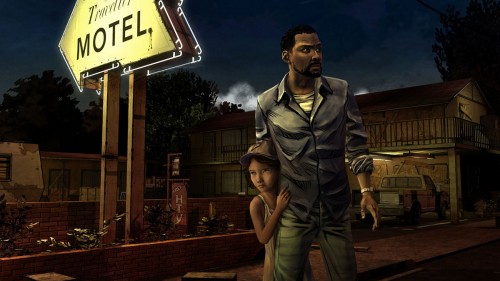 The action in games like The Walking Dead, Heavy Rain or The Wolf Among Us is far more subdued. While The Walking Dead could have just been a zombie first person shooter (and they did make one of those), Telltale focused more on the characters. Yes, you’ll have to bash a zombie’s brain in or shoot a robber eventually, but it’s so rare it actually has dramatic weight to it. The choice to kill one man in Heavy Rain is a thousand times more impactful than killing hundreds in a typical shooter.

But the advantage over television and movies is clear as well. By allowing the player interactivity in the decisions of the story, they become an active, not a passive participant. Playing as Lee in Telltale’s The Walking Dead, I found the story of that game had far more impact than the show, even though I was controlling a cartoon character and the cast on AMC are flesh and blood actors. The story was more effective because I was Lee, and Clementine was my charge.

When you’re responsible for both the fate of your own character and that of the rest of the characters in the game, you feel the weight of the story more heavily. You can see this to a certain extent in Mass Effect, more of a game-game, but with a lot of the elements I’m talking about here. In truth, Mass Effect is the most effectively experience I’ve had with science fiction since I first saw the original Star Wars trilogy, in part because it allowed me to become a part of the story in a way movies and TV shows don’t. I was Shepard. This was my crew. 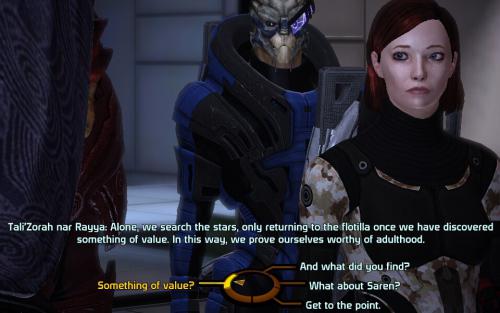 There aren’t many of these type of games in existence now, other than the select few I’ve mentioned. The majority of video games remain heavily focused on gameplay and action, which is totally acceptable and I don’t want any less of that.

But I do want more Telltale games, whether they’re literally from Telltale or not. This is an untapped genre that could literally change the face of storytelling in popular media well into the future, and I think we’re just at the beginning stages of something truly incredible. 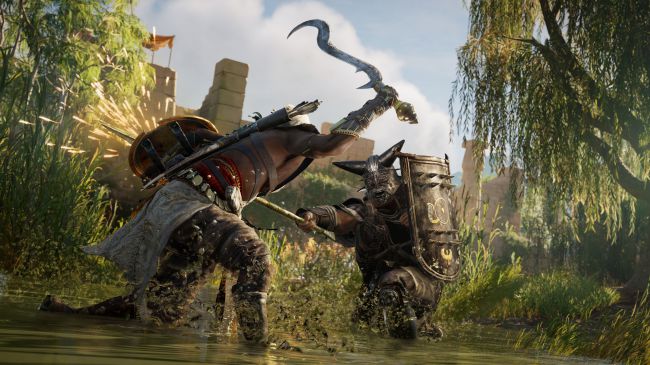