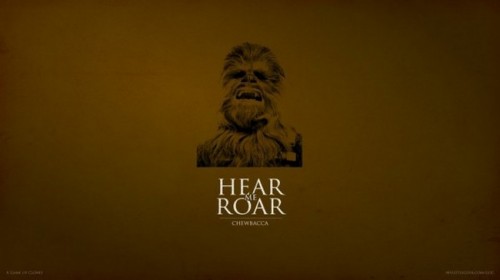 It’s the battle of the new school nerd fanbases versus the old school ones. Game of Thrones vs. Star Wars. But why fight, when you can simply combine the two?

That’s the idea that artist Andrew Spear had (via TMS), as he took a bunch of our most prominent (original trilogy) Star Wars character and gave them each their own Game of Thrones slogan. Catch phrase? Motto? Words? What are those things called anyway? I know the animals are sigils.

Anyway, most of them actually fit pretty well, though I’m not quite sure why Boba Fett “does not sow.” Check them all out below: