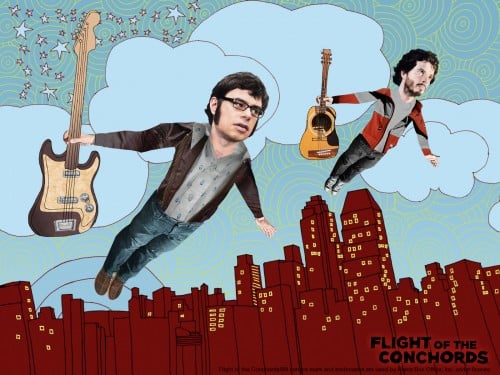 Can we take just a moment to reflect on the awesome absurdity of Flight of the Conchords? You know, that musical/comedy/rap/folk duo who had their own insane and awesome HBO show? The Flight of the Conchords were brilliant. They really were. A folk rap duo out of New Zealand, they had very few competitors and seemed to have the market on that demographic on lock down. They struck a perfect chord (!) between genius and irreverent, and inevitably helped open the door for other mock rockers to do their own satire thing (Lonely Island, I am looking at you). But sadly, after the cancellation of their beloved HBO show, the duo has sort of went off and have done their own (successful) things since. But with rumors flying there may be a movie in the works down the road, I thought it might be fun to look back on some of their awesome songs and reflect on our favorite folk rock, rap duo out of New Zealand. No, I never tire of saying that. It just rolls off the tongue. 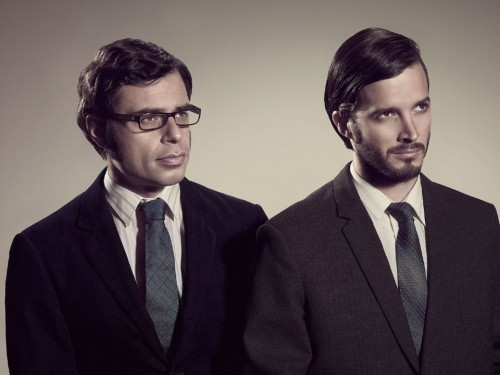 They clean up rather well.

I will start with the track they are best known for. First time I ever heard them, it was them doing this song live on Conan, and I was immediately smitten. The last thing you expect out of these two is some sick flow, but that is the main selling point. Their flow and timing is actually spot on. It is only when you stop to take in the lyrics you realize, this shit is absolutely genius.

Just the opening line to Jermaine Clement’s verse: I’m the hiphopopotamus, my lyrics are bottomless…then he just doesn’t say anything. That alone is awesome, but you listen to the whole song and you realize that this is both a love letter to and a satire of the hip hop genre. But my God, is it on point.

Oh, and that “Why” breakdown in the middle wins life.

If You’re Into It

So what do you do if you like someone, and maybe you are not so good with your words, but are great with song? Why, you write them a song to let them know how you feel. That is just what Bret did here when he wanted to let Coco know he was really into her.

The thing is, the song starts out very humble and sweet. But by the end, he is propositioning her for sexual encounters between him, her, some food, and her roommate Stu. On top of that, the melody is incredibly catchy and disarmingly innocent sounding.

Honestly, for whatever reason, this is one of my very favorite Flight of the Conchords songs of all time. Just so damn catchy for a song about getting nude and lewd with food. 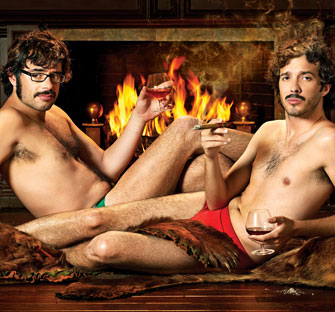 This is my Christmas card from now on.

I think any of us who live in the city can relate to inner city pressure. The constant pace and noise and rushed energy. It can get to the best of us. Okay, so maybe we don’t have it as bad as these two. I mean, becoming a prostitute to pay for flute lessons is no joke, and second hand underwear is rock bottom for many.

One of the reasons I like this song (and particular scene from show) is because from the first minute I heard it, I knew what it was an homage to. Heck, even the shots in the video mirror each other. Being a music nerd makes appreciating these guys so much more. Most bands play one genre. Flight of the Conchord play about eight.

This was it. The pinnacle of their height. The single greatest thing they ever did. The entire Bowie episode of their show was one of the best episodes of comedy TV I have ever seen. On top of that, if you are a fan of Bowie and his multiple musical and visual personas, it will be the best thing you ever saw.

It all culminated with this song. A comedic (but spot on) homage to the strange man and his many styles and sounds. Up to this moment, I knew I loved Flight of the Conchords by this time, hard core. I watched this episode actually knowing very few things could ever be this good again. Seriously, this scene opens with Labyrinth era Bowie talking to Jermaine in bed. There is so much win going on, it is unbelievable.

Add to that how well they represent the Bowie sounds and Bowie looks, and you have one of the best moments of music satire ever. Seriously. Ever.

Yes, Bret from Conchords was a huge Lord of the Rings fan, and made no attempts to hide that. They even wrote a song about it and fully cosplayed the video in the woods while on some drugs. Laugh now, but Brent McKenzie was recently in The Hobbit, proving shit like this totally pays off in the nerd world.

Why this song didn’t make the soundtrack of the actual film, I will never know. 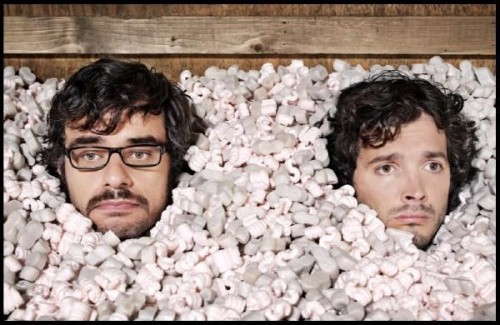 ” I may have just peed in these peanuts.”

As I am now writing this, nearing 900 words with a mess more to write, I wish I could make it longer. Truthfully, every song these guys made was as brilliant as the last, and to try to make a list claiming which are the best is daunting and a little foolish of me. But, without question, Robots (the Humans are Dead) had to be on the top of this list. It is a perfect storm of insane song ideas matched up with an insane (budget) music video. You would have to be dead inside to not think this is one of the best things your eyes have ever seen.

Plus, lines like ” We used poisonous gases, and we poisoned their asses” is just song writing as an art form. On top of that, how catchy is this song? You will be singing it for the rest of the day. That’s how catchy it is.

As much as I loved Bret and Jermaine, Rhys Darby as Murray was an absolute scene-stealer on this show (as was the uber-funny Kristen Schaal as Mel). But Murray only got a few song moments, and Leggy Blonde was the highlight of those moments. A song about a woman he had pined after but knew he could never have, it is a love song quite unlike any you have ever heard.

So what song by Flight of the Conchords is your favorite? Hit up the comments and let us know. Also, hit that “like” button, then come over here and hit it, too. After that, go here and read about the horror movie you are going to help me make. 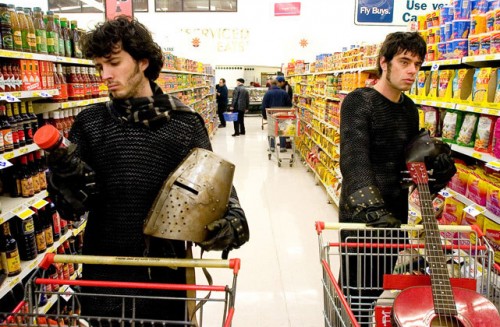 This is the ONLY way to grocery shop, as far as I am concerned.