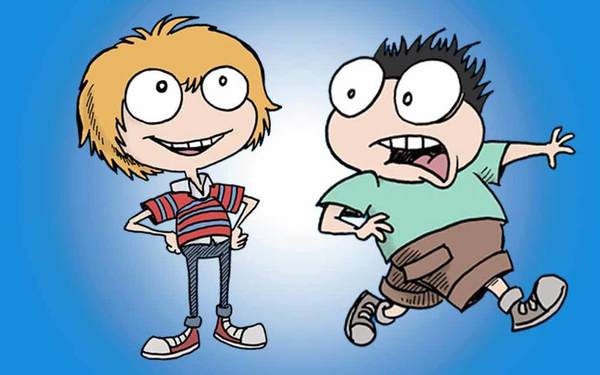 Poptropica is an online RPG that is targeted towards a younger audience than most examples. To be exact, it is targeted towards kids between the ages of 9 and 15. On the whole, Poptropica has been well-received by a fair number of people, so much so that it has sometimes been called one of the reasons that make the Internet worthwhile. Here are 10 things that you may or may not have known about Poptropica:

Initially, Poptropica was backed by Pearson Education, which is a name that should be familiar to a lot of people out there. After all, Pearson Education is one of the more famous names when it comes to educational media, meaning that it tends to be well-known to students as well as the family members of students.

For the most part, Poptropica is the creation of a man named Jeff Kinney. Depending on their age as well as whether they paid any attention to children’s books when they were at the right ages to read them, interested individuals might recognize him as the author of the Diary of a Wimpy Kid series.

3. Diary of a Wimpy Kid Has Shown Up in Poptropica

4. Divided Up into Islands

Speaking of which, islands are the names of Poptropica’s quest scenarios. They are a relatively convenient way of dividing up the game’s content. Moreover, they provide interested individuals with a good idea of what they can expect from the content that they are checking out, which is always convenient when it comes to games.

So far, there have been more than 50 islands released, which is perhaps unsurprising when Poptropica started up in 2007. Simply put, an earlier starting date means that the people behind it have had a lot more time in which to produce more and more content for it. Something that should prove beneficial for those who are curious about its content.

6. Each Island Has Its Own Theme

Different islands in Poptropica can have very different themes. For example, one island might be called Back Lot Island, which is focused on seeing the player character contribute to the making of a movie. In contrast, another island might be called Super Power Island, which is focused on the player character taking down a total of six supervillains.

7. There Was a Time When Islands Weren’t Replayable

There was a time when the islands in Poptropica weren’t replayable. Instead, if people wanted to run through them again, they had to create a new account, which for obvious reasons, wasn’t exactly the most convenient solution for this particular problem to say the least. However, the people behind Poptropica eventually changed their minds about the whole matter, which is why the islands became replayable in June of 2011.

8. Advertisements Take the Form of Mini-Games

Unsurprisingly, Poptropica makes for a rich marketing environment for a wide range of companies. However, the advertisements from said companies take the form of mini-games that are available to interested individuals for a certain amount of time but no more than that. With that said, there are some companies that market so much on Poptroipica that they are very common sights, with examples ranging from Disney to Lego.

Much of Poptropica’s content is single-player in nature, meaning that interested individuals can experience it without having to interact with other people over the Internet. However, there is a reason that the website is described as having elements of MMOs, as shown by the fact that it supports competitive mini-games in which interested individuals play against one another. One example is Sudoku, while another example is Dots and Boxes.

On the whole, Poptropica has proven to be popular enough that it has received spinoffs on various platforms. For example, there was Poptropica Adventures, which was a game for the Nintendo DS that was created in collaboration with Ubisoft. Since then, there have also been other games available on mobile devices as well as other platforms.