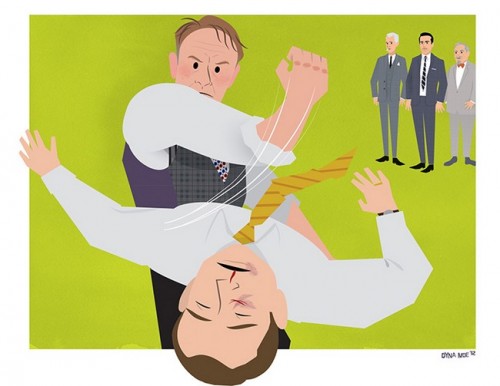 Mad Men is quickly approaching, as it comes back this Sunday for its sixth season. Show runner Matthew Weiner is being secretive about the plot to the point of absurdity (Mad Men isn’t really known for its twists and turns all that much), so all we know is that Don Draper is in Hawaii at some point.

AMC recently featured a series of artwork by Dyna Moe, which shows some specific memorable scenes from season five. She did one from nearly every episode I believe, and you can check out the rest below. I don’t think anything tops Lane slugging Pete, but they’re all pretty cool. 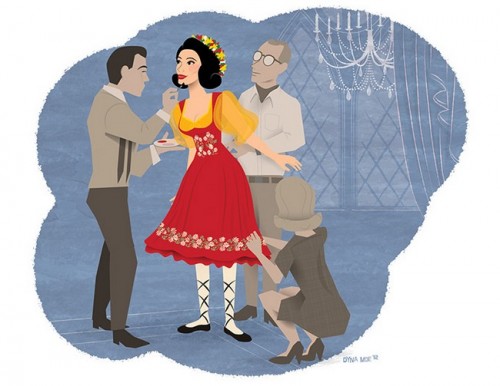 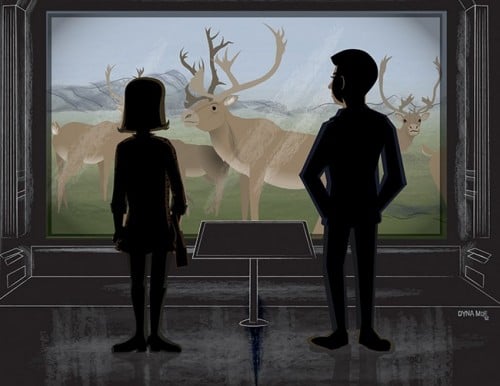 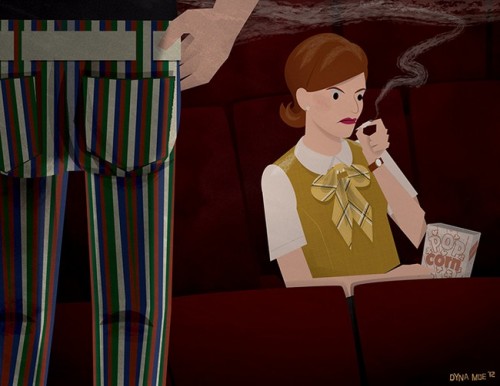 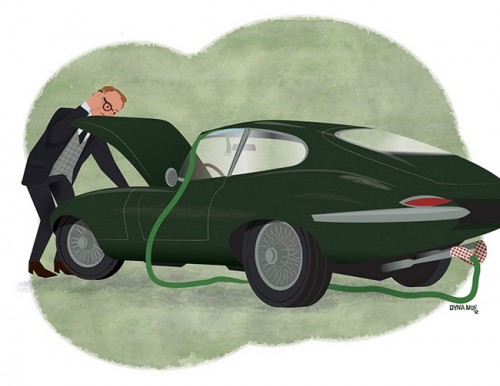 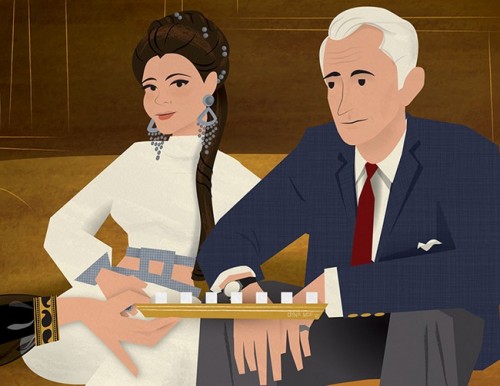 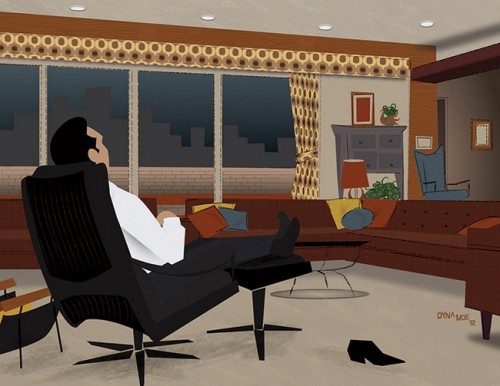 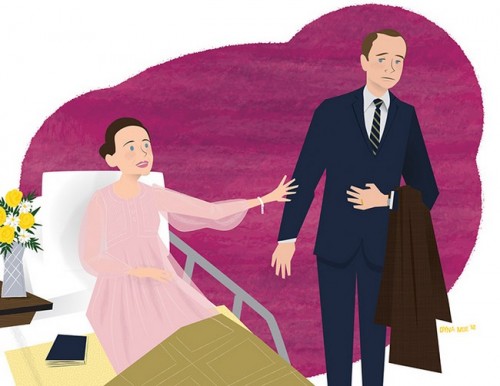 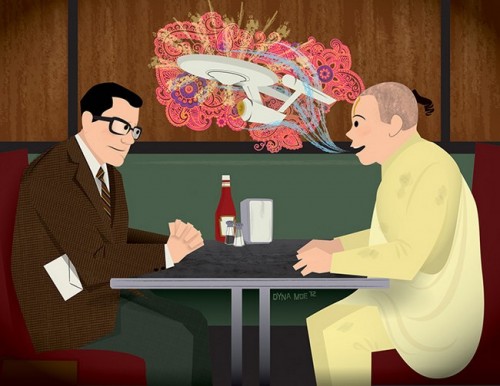 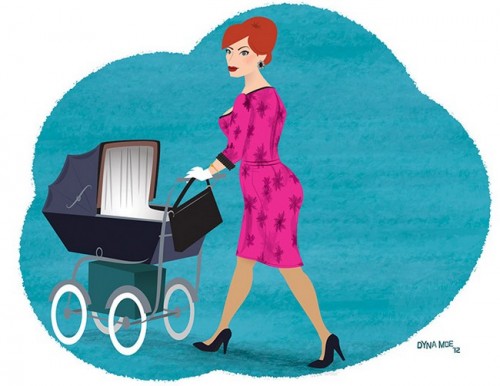 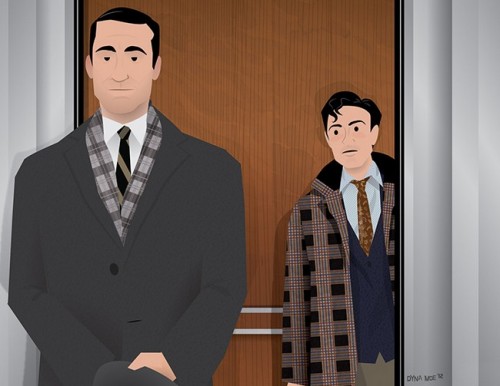 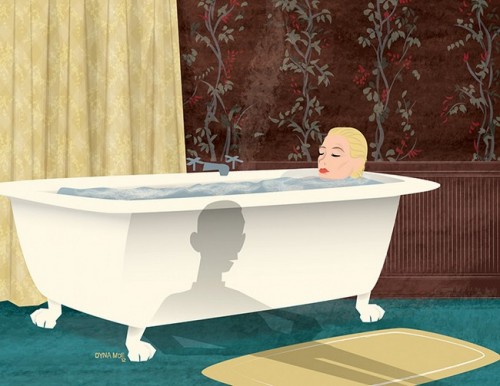 Artist extraordinaire Jo3bot is back with another pair of kids book covers. Based on the famed Golden Books we all read as kids, this time he’s taken Ninja Turtles and Kill Bill and turned…

Recently we just did a piece on the funniest male sitcom characters from the 80s so I decided to dig in and try to locate some of the funnier females.   While in general I don’t… 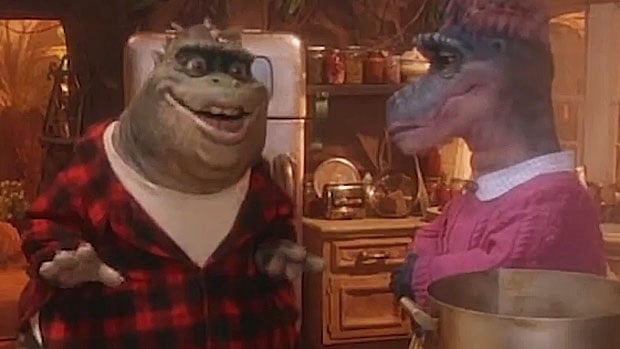 I’m not sure what is it about kids’ cartoons that makes so many bored YouTube users want to remix them with obscene rap songs, but when they do, the results are more often than not…

When the Dowager Countess disapproves, you know things are pretty bad. Before I go on further, I’d like to warn everyone that there are MAJOR spoilers ahead so to all die hard Downton Abbey fans…

Something about history makes it ripe for satire. We’re expected to take the past so seriously, but who’s to say no one farted during the signing of the Declaration of Independence? Or maybe someone got…

Have you heard? Have you heard? AMC is moving forward with the Breaking Bad spin-off Better Call Saul. It’s an hour long (presumably dark) comedy that will star Bob Odenkirk as Saul Goodman once more,…