Charlie Wolfe (Pegg), a professional hitman, gets entangled in a multi-layered tale of murder and deceit after a contract assignment from bar owner Jack (Mulvey) to murder wife Alice (Braga) goes sideways. To say much more would be to give away too much as this movie starts off explaining almost nothing and the plot unfolds throughout the movie as more characters are introduced. These include a husband and wife pair (Palmer and Stapleton) desperate for money, an untrustworthy police officer (Brown), and Alice’s lover (Hemsworth).

Unexpectedly, Kill Me Three Times is incredibly violent. There’s not a single character in this caper that hasn’t suffered at least a couple injuries by the time the credits roll, and as I said in my Lost River review – also on this site, I highly recommend it… obviously – I love violence but only when it is justified. Is the violence in this movie a bit overkill? Yes. But it serves a purpose to the plot, and every stab, shot and explosion is incredibly fun to watch.

Movies like Shoot ‘Em Up, Punisher: War Zone and Pegg’s own Hot Fuzz take excessive bloody action and add in just enough ridiculousness to make them fun. A lot of people may disagree on my stance with Punisher: War Zone but I have Patton Oswalt on my side so all is good.

The bizarre structure of Kill Me Three Times makes the movie messy when it kicks off, but it quickly finds it’s groove and becomes a very fun and bloody caper. Many critics may disagree but if you like violent comedies I must recommend that you: 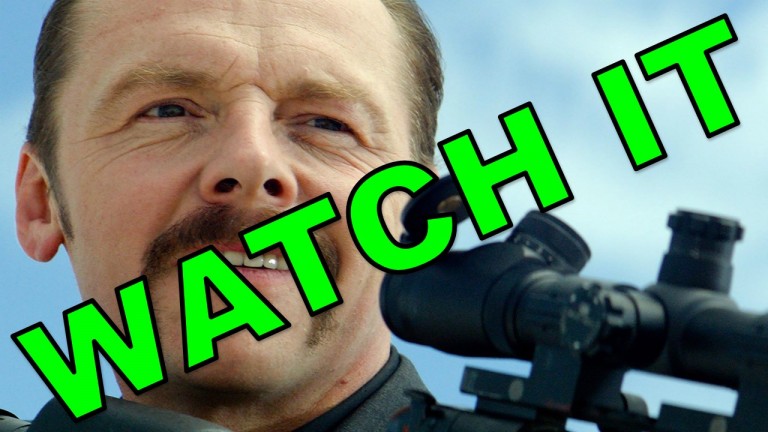 This is going to be a combined gallery post/movie recommendation, as I can’t talk about 12 Angry Men without highly suggesting that all of you watch it. I understand that it can be hard to…

So is this: A) One of Robert Pattinson’s acquaintances, playfully giving him the finger in front of the paparazzi. B) A random girl boldly standing up to the vampiric idiocy and rabid fandom the man…

Alright, this may be too early in the morning for this, but here we go anyway. When I saw The Fountain, I thought it was a visual and audio masterpiece, with a plot that bordered…

Dr. Seuss books were a treasured memory for a few generations of children, myself included. But in today’s world, kids don’t have to read the classics anymore. Rather, they can just wait until the stories…

I’m surprised we haven’t done a feature on this subject yet.   I feel like prep schools are featured in movies a reasonable amount.   And to be honest I have no idea if they truly depict…

Alright, so I’ve featued a few posts that have cute things turning mean. There have been Twisted Disney Princesses and Pokemon from Hell among others, but today I thought it might be nice for a…