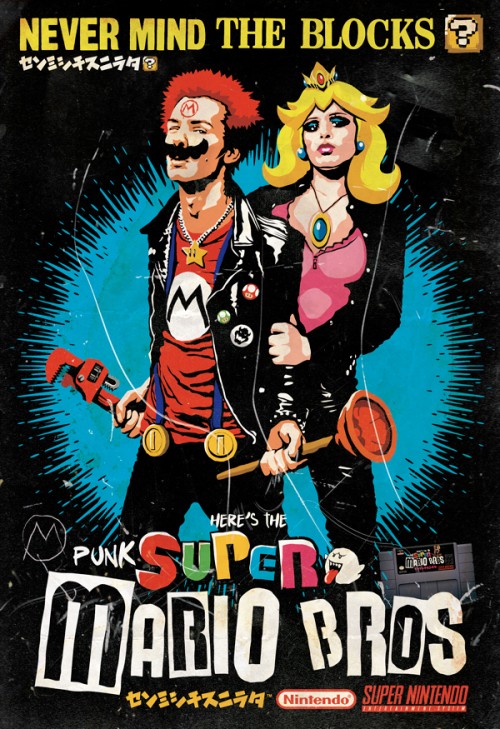 Just because I don’t understand a project, that doesn’t mean I can’t appreciate it. Here’s a rather strange idea from artist Butcher Billy. I’ll just let him explain:

“So I decided to go with everyone’s favourite italian plumber. Instead of simply trying to make Mario look badass (like loads of pointless fan-arts across the web), I wanted to challenge myself, choosing the most improbable and badass real life characters I could think of, and make them impersonate Mario and his universe, yet keeping both visual sources totally recognizable in their concepts.”

His badass real life characters? Sid and Nancy, the punk rock couple that met an untimely end. Whatever his motivations (the project was commissioned by Nintendo World), it turned out pretty great. See some other pieces from the series below, and there are a bunch of related GIFs here. 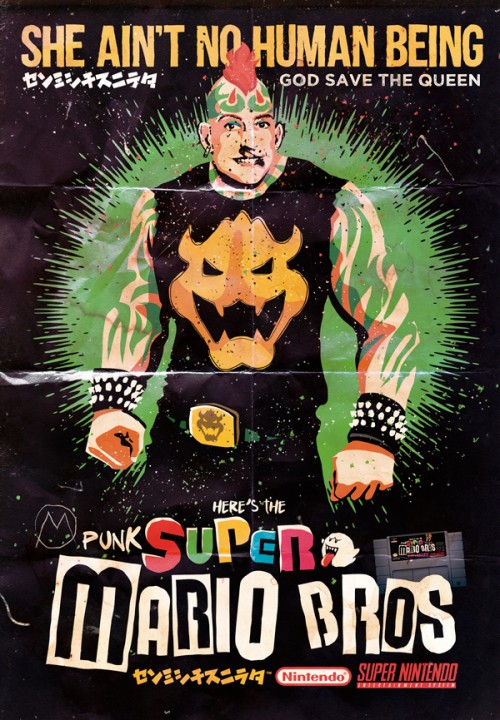 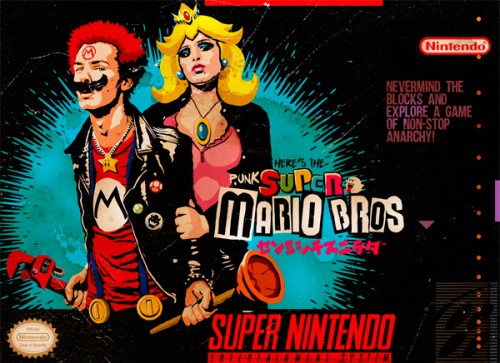 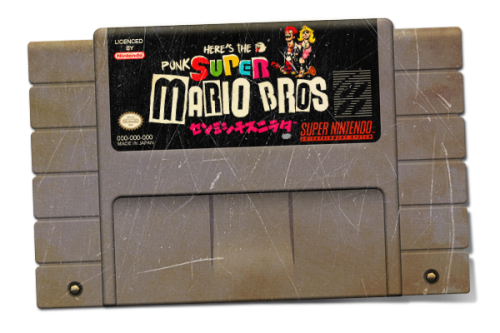 Words can’t really describe just how excited I was for this day. Outside of the infinite replay value of Super Smash Bros. and Halo, the original Mass Effect is one of my favorite games of…

In no way can I properly explain the recent “Doge” meme which started with this picture and spiraled out of control from there with sentence fragments and adjectives I don’t  understand. So if you’re in…

Well folks, here it is, this year’s costume of mine that nobody recognized in real life, Nathan Drake of Uncharted. I really am just designing my costumes for the internet these days, as I know…

I’m sort of unclear as to what exactly the market is for horrible video game console knockoffs. Are they for grandmothers who don’t know what the hell their grandkids want for Christmas? Are they for…

Oh. My. God. This is the coolest thing I’ve ever seen, and I mean that without any sort of hyperbole. Some benevolent genius has decided to bless  us with the invention that is the Pokemon…