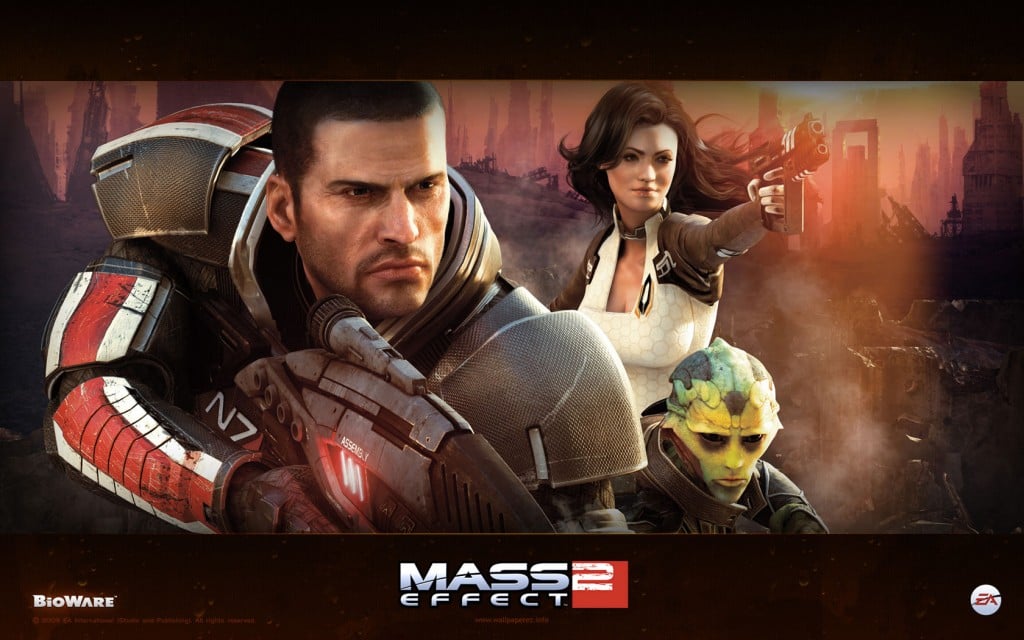 One week ago, I posted an article about my five favorite DLCs from the Mass Effect franchise to celebrate the release of the Citadel DLC. I started the piece by briefly mentioning how the series was special to me and how it’s the reason for so many significant things that has happened in my life. Paul suggested that I write about it in more detail for my next piece, and I happily agreed to do it. Growing up, I was inspired by numerous stories, movies, and video games like many other kids out there. Harry Potter inspired kids to break the boundaries of creative writing while Tomb Raider and Indiana Jones gave us dreams to venture into the depths of the unknown. Yet, it’s rare for us to actually find something that inspires and touches us so deeply that it changes the course of our lives towards a whole new direction. Sometimes people never find it at all, and we consider ourselves lucky whenever we do.

If not for Mass Effect, I would have been in another continent right now trying to walk a different path. I wouldn’t even be writing this piece right now if not for the game. Therefore, this isn’t just some fangirl piece that lauds the game itself but a story about how video games can be so much more than entertainment when it changes a young girl’s life for the better. 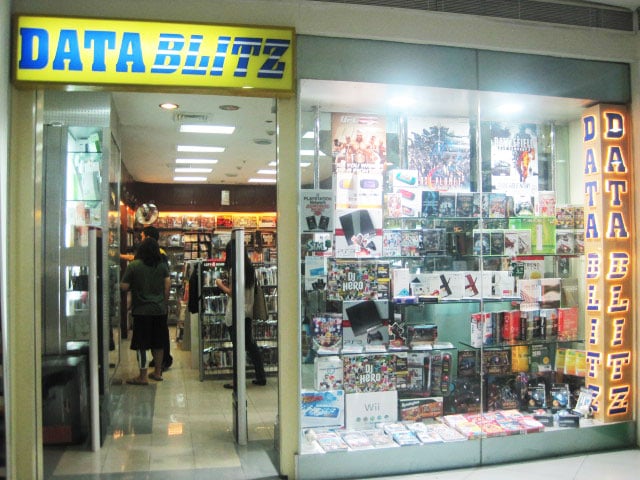 Ever since I was kid, video games have been an integral part of my life. They dominated my speech, outfits, and behavior for the most part. Yet, I always considered myself a casual gamer. Sure, I would pull all nighters for video games but I never really cared about what goes on beyond the game itself. I never payed attention to the video game industry in general and I only bought what my friends or shopkeepers would recommend. Then Mass Effect 2 happened and it blew my mind. I fell in love with it. My favorite books growing up were the ‘Choose-Your-Own Adventure’ series particularly the science fiction themed ones. I also loved shooting and action oriented video games. In short, it was a combination of everything that entertained me.  It’s hard to pinpoint what astonished me exactly, because I loved every bit of the game.

I bought my first ever DLC because of that game. I didn’t even know what a DLC was before that. Back then, I lived in a tiny archipelago called the Philippines and the majority of console owners in the country played offline with just the base game. It was hard to get your own debit card there and the fastest internet speed was nothing compared to the most basic ones here. If we wanted to purchase DLC, we had to buy those gift cards which were only sold by one specific retailer in the country.

Consequently, my reaction to Mass Effect 2 prompted me to read more about it online and eventually I started to do that with the other games I played as well. I learned more about the industry and its culture. Around that time, I discovered San Diego Comic Con through the internet and it was the fuse that blew my third world mind open. In short, Mass Effect 2 made me appreciate video games more. They became more than just games. It was now an industry and culture I wanted to be a part of whether it was in the form of a developer, corporate executive, or a journalist.

Yet, I knew that was never going to happen to me considering the fact that I lived in a third world country. Luckily for me though, I had a dad that was a true geek at heart and one conversation with him changed everything. During one long heartfelt talk, he handed me a registration form for the SATs, and with a tear in his eye, he told me that the only way for me to achieve my dreams is to leave this small country. It wasn’t just about Mass Effect anymore, but it was certainly the one thing that started it all.  Next thing I know, I’m in the airport waving goodbye to my whole family less than an hour before my flight to America. 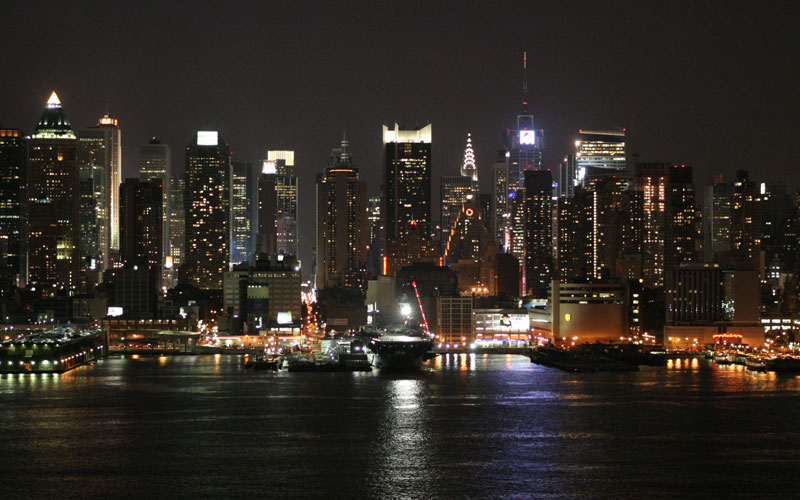 Fast forward a year later, I was a Business student at Rutgers State University and classes started to feel more perfunctory. Macroeconomics and Accounting weren’t exactly the epitome of interesting. I figured that if I didn’t have the talent for programming, I could try my chances entering the industry with a Business degree. It was a good plan in theory, but it was a challenge to follow through. Like many other college kids, I was searching for another sign to push me in the right direction. Lo and behold, Mass Effect swoops in to save the day once more. During the spring semester of my freshman year, I finished Mass Effect 3 and I found myself with a lot of thoughts in my head. Finding a female friend in college who is an avid gamer is comparable to searching for rare treasure in an RPG. So, what am I to do with so many ideas and no one to share it with? I created a blog called Commander Bedlam.

Commander Bedlam was originally meant to be a personal online journal for all my thoughts and theories regarding the Mass Effect series. However, it gradually gained an audience and a humble following. In the last few months, I received offers to write sponsored posts and had the honor of interviewing prominent voice actress Courtenay Taylor in a podcast. At present, talking about my simple blog has helped me forge connections in the industry. Well, I can’t be specific as of yet because it’s still in the works but it has indeed opened doors for me in ways I could never have imagined.

Around the same time I started Commander Bedlam was when I met Paul Tassi through Twitter. When the hype surrounding Mass Effect 3 was at its hype, I was devouring every article as soon as it came out. I noticed that Paul was one of the few journalists who actually understood some of the sensible points disappointed fans made about the ending. Consequently, I participated in one of his live chats on Facebook and followed him on Twitter. One morning, he sent out a tweet asking for assistance accessing BSN to communicate with Mass Effect players. I gladly volunteered and I became his liaison with the BSN player community. I sent him their questions, and I posted his answers on a thread. Even after that, we kept in touch and unofficially collaborated on a few stuff here and there until he invited me to write for Unreality. From then on, it’s been such a great experience working with Paul and writing for everyone here in the site.

Quite recently, I started a video game themed fundraiser called “Gamers for Sandy Hook” in collaboration with several celebrities from the video game industry and the fan community. I made it in response to the tragic shooting that occurred last December in Connecticut. It started out as an idea to get Mark Meer (the voice of Male Commander Shepard) on board to participate in a Skype date auction promo, and it ended up bigger than what I expected. We’ve had more names from the industry participating and we surpassed our goal of $5,000 before our deadline. Truly, the passion Mass Effect reignited within me inspired me to create this fundraiser and it was extremely heartwarming to help others in their time of need. On a personal note, it was an honor working with some of the big names in the industry especially my heroes from the Mass Effect franchise who have brought me this far to begin with. 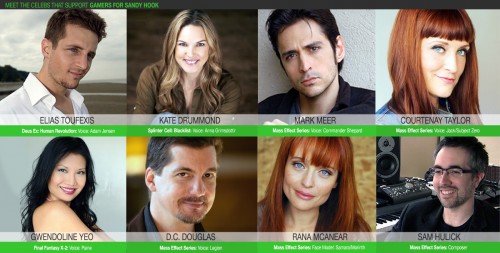 At present, I’m extremely happy and content with where I am now. I quit the Business school, and my experience with my blog and Unreality inspired me to write and produce content I am truly passionate about. I’m now a pursuing a major in Communication and a minor in Digital Communication, Information, and Media. Classes started to become more fun and enlightening as I learned about topics I was genuinely interested and skilled in. Opportunities, awards, and offers come in from all directions, it humbles me each time. Sometimes I look outside my apartment window and I imagine seeing the busy city streets of Manila as that kid who longed for a purpose. Then, I blink my eyes and I see the snow covered streets and feel the chill caress my cheek. At that moment, I know that what I have now is real. It’s funny how a video game can change our lives, but it did. The Mass Effect franchise gave me a dream, and life has never been the same since then.

I haven’t played more than five minutes of World of Warcraft in the past ten years, so I can’t say I understand a good portion of these references, but I do like the art. Josh… 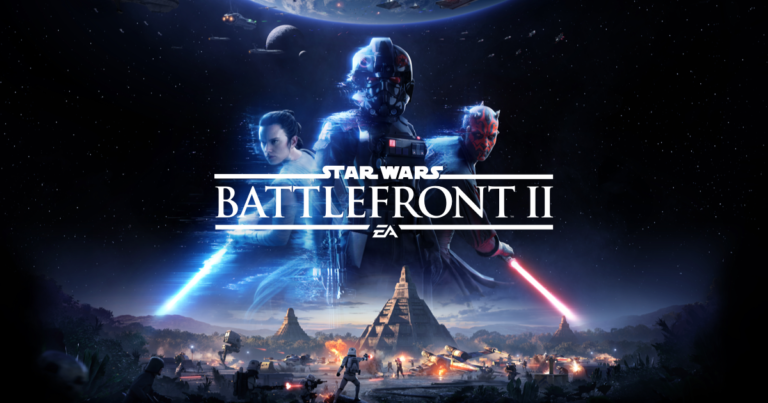 (click to enlarge) Alright, I’m not actually asking this question, as that was pretty much the subject of yesterday’s Debate of the Day, but I did find this rather cool image to go along with… 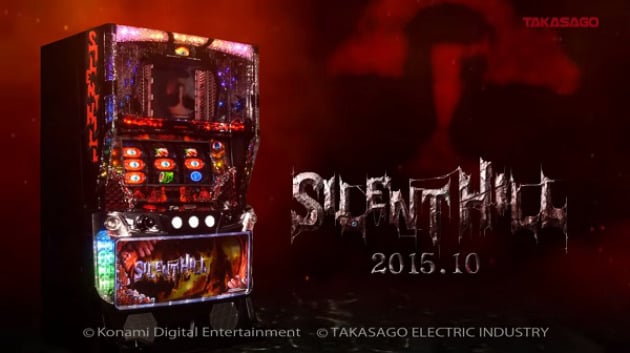 Feel like being cheered up?  Well that’s for those of you who might still be depressed about the canceled Hideo Kojima/Guillermo Del Toro Silent Hills collaboration.  A new trailer has been release for a new…

Get ready to stay inside this summer! Amazon currently has a huge sale on 1000s of digital games and DLCs. You can get titles such has the complete Mass Effect trilogy (PC) for just $8.99,…

httpv://www.youtube.com/watch?v=nDrv_rjLZSg Skyrim is a game that can be almost soul consuming at times, as you’ll pick up the controller, kill a few Draugrs, become Archmage of the College of Winterhold and when you look up,…