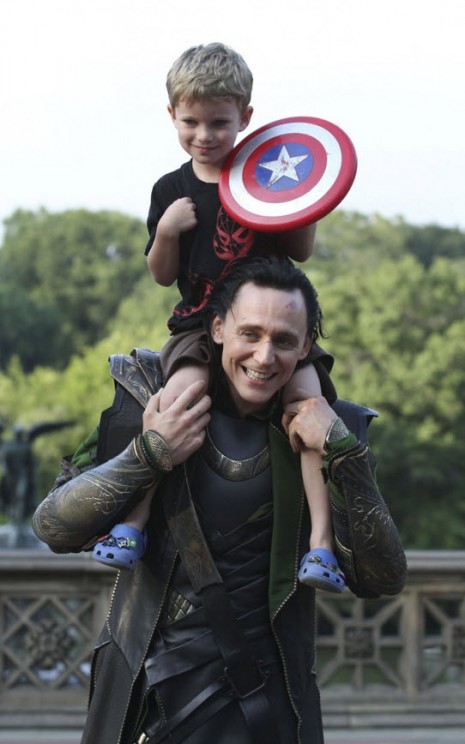 How good of an actor is The Avengers’ Tom Hiddleston? So good that in the film you wouldn’t have any idea at all that he’s actually an incredibly nice guy in real life. He’s one of the most dastardly movie villains in years, but according to everyone, he’s a real sweetheart when he’s not locked into “Loki mode.”

That’s probably best demonstrated by this picture where he poses with a young fan, or cast member’s child, or Chris Evans transformed into a toddler. It’s one of those classic behind the scenes shot that will be compiled in a cool book someday when the special edition DVD is released. Are people still making DVDs?