The story of an overlooked cast member of The Walking Dead. Zombies gotta eat!

Gary was sprawled facedown, his eyes shielded from the morning sun. He stirred at the vibrations from his cell phone, instinctively swatting it from his bed onto the floor. Groaning loudly, he leaned over to retrieve the flimsy gadget and check its caller ID. Shit. He reluctantly pressed the ‘answer’ button.

“Oh don’t you ‘hey, Mom’ me,” cooed his passive-aggressive mother. “Not one call in over three months, and this is how you answer the phone?”

“Wait, Gary, hang on a second. I think you’re breaking up…” Her voice faded out momentarily. “…OK, had to check all my bars. For a second there I thought you said busy…”

“…but you must have said lazy because last I checked, busy people don’t sleep past eleven o’clock.”

This was not how Gary liked to start his day.

“Most of my catering gigs are at night, Mom. Late. You know this,” he replied evenly. “And I’ve been picking up a lot of extra shifts lately.”

“Oh, why’s that? For the money? Is the acting not working out yet?”

Gary resisted the urge to hurl his cell against the wall. “Goodbye, mother. Always love these chats…”

“Wait!” The subdued ice on his mother’s voice instantly melted away. “Gary, wait. Your father and I, we just want you to be happy. Successful. Your mid-30s is no time for a midlife crisis.”

“I am not having a midlife crisis! I’ve been a working actor for 12 yea—”

“I know, sweetie. And it’s nice to see you in a commercial, or…or the background of a TV show every now and then. But when will you be ready to move on to something more realistic? Meet someone to settle down with? Dad can get you an interview at Lazard…”

When Gary finally hung up the phone, he collapsed on his bed and glared at the ceiling. It wasn’t like he ever expected his overly practical parents to understand his decision to pursue acting after college. He never expected their blessing. He had expected their emotional support, though, and they’d given it—at first. But each year this support waned, and Christmas had since devolved into annual “acting interventions” (a term his older brother—a divorce lawyer—had coined). 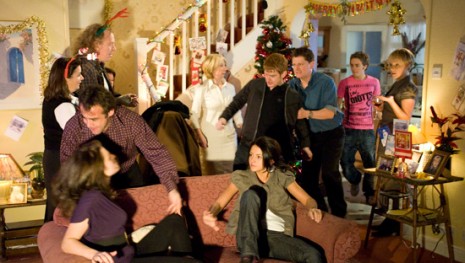 His parents had good reason to be worried, he supposed. They’d balked junior year when he switched majors (from Engineering to Performance Arts and Communication. “I never went near a communications class when I was an undergrad,” Gary’s dad had said. “And I can communicate just fine. Fine enough to tell you this is bullshit.”). And Gary hadn’t exactly proven them wrong so far; his above-average talent in the craft was initially complemented by zero entertainment biz contacts. In a city where even bus-stop lines were a competition, every entry on his acting resume had been hard-earned.

Shrugging off this untimely cloud of negativity, Gary rose to his normal morning routine: check e-mail > take a piss > brew some shitty coffee > f*** around on Facebook and/or Twitter > drink some shitty coffee >  respond to e-mails from one or more agents > go to the gym > eat something > take a shower > check/respond to e-mail again > ask self, “Do I have a paid acting gig lined up right this second?” > if answer is “no,” do what it takes to find a paid gig > if “yes,” plan the day’s schedule and find more gigs. Maybe it wasn’t the glamorous lifestyle people thought of when they heard the words “New York City actor,” but it had kept his monthly bills out of the red so far.

Another phone call in the late afternoon: Leonard, a middle-aged agent who had landed Gary a handful of voice-acting jobs over the past six months. Gary flipped on his Employable Actor voice.

(click to enlarge) True, it’s not the most detailed DeviantArt work we’ve featured here, but it’s certainly one of the most original. I’m not sure why you would ever think to connect Donkey Kong with…

Yes, I’m late to the party. I don’t have cable, okay? I’ve spent the last several months dodging spoilers, which is like the exact opposite of an easy task. Worth it in the end, though….

Imagine if a librarian from the Victorian era created the Justice League. Might not sound incredibly thrilling but in 1999 comics legend Alan Moore made the concept not just work but rock in his miniseries… 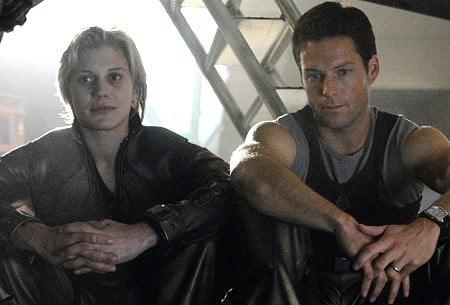 Last night was the end of an era of television. Battlestar Galactica, the most well-written, identifiable sci-fi show ever made went off the air, as one website put it “with a bang, and with a…

There are certain shows we love so much, we can often turn a blind eye to their faults. The ones I’m about to list here are some of my absolute favorite, and it’s hard to…