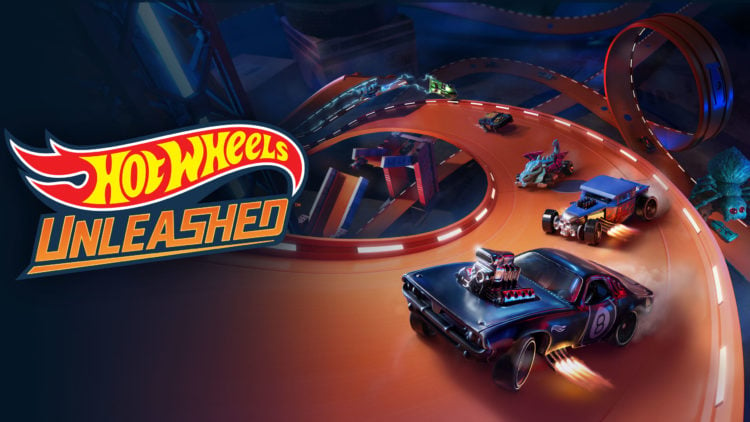 Arcade racers have always been the ultimate party games that have allowed players a much more casual racing experience. Most of the time they allow you to play with your friends and hop on some creative tracks that you wouldn’t normally see in a racing game. There is a ton of different arcade racers. There are some officially licensed ones that bring some of your favorite characters to a racing setting and there are some unique ones that offer unique takes on racing and tracks. We’re here to highlight five of those racers that will leave you coming back for more with their innovative design and creative tracks.

This one was unexpected. When you think about licensed games, you used to think about these terrible games that smaller developers would make for these big companies. They were never too successful and when they were fun it was a surprise. Well, nowadays things are different. With how much money and time goes into making a game, the result is almost always for it to be a great game. Not just a cash grab. Well for the most part. So when Hotwheels Unleashed I didn’t know what to expect. Well, it’s a fantastic good game I can tell you that much. You can play with some iconic hot wheels cars and even build your tracks.

Synopsis: “Collect the best vehicles in the Hot Wheels universe, build spectacular tracks and dive into breathtaking races. Race side by side with your friends in split-screen mode for 2 players or face up to 11 opponents in online challenges. Unleash your creativity with the most exciting track editor ever! Build your track by taking advantage of what surrounds you, and creating amazing layouts inside and outside the racecourse. Share your craziest creations online and try those of other players. The bigger the challenge, the greater the glory.”

This one hurts because it hasn’t seen a sequel and it was a truly innovative and unique take on the arcade racing scene. It was a Playstation racing game that followed in the steps of Little Big Planet. It allowed players to create their unique racers with various parts and even karts and racetracks. It was a classic kart racer but with a twist. It had all the fun of any arcade racer with the drifting, the turning, and the weapons but with that added uniqueness that came along with having complete creative control over all the aspects. You could design your track and then have all your friends race on it.

Synopsis: “ModNation Racers is a thoroughly fresh take on classic kart racing that empowers the player to personalize their entire game. Players can express themselves by creating their own Mod character, styling their racing kart, and even building – in just minutes. The easy-to-use editing studio tools make this creative process accessible to players of all levels. Not feeling creative? ModNation Racers presents a humorous story with a wealth of pre-made characters, karts, tracks, and challenges for all players.”

This one had to be here just because of how perfectly crafted it is. Nintendo made one of the most complete arcade racers ever. Just the sheer amount of content and not to mention that it comes with all the DLC of the original and new racers. Nintendo knew that by releasing this they would get a pass for not giving us any news on Mario Kart 9. To this day they still haven’t told us what’s going on. But with over 42 different kart racers, we’re not asking too many questions. It’s just amazing what Nintendo has been able to do with their franchises. Knowing that the fans would love a game where they can play as their favorite characters outside of their normal playing field.

Synopsis: “Hit the road with the definitive version of Mario Kart 8 and play anytime, anywhere! Race your friends or battle them in a revised battle mode on new and returning battle courses. Play locally in up to 4-player multiplayer in 1080p while playing in TV Mode. Every track from the Wii U version, including DLC, makes a glorious return. Plus, the Inklings appear as all-new guest characters, along with returning favorites, such as King Boo, Dry Bones, and Bowser Jr.!”

We had been waiting for this remaster for ages. So when it was finally announced that Crash Team Racing was making a full-force comeback with remastered graphics and some completely new racetracks and features, well I was hyped. When it finally released CTR: Nitro-Fueled did not disappoint. It brought a completely reworked graphical update which was beautiful and it provided us with a ton of new customizations for the characters which you could unlock with Wumpa fruit that you win from each race. It’s a blast and is still giving out new updates.

Synopsis: “Crash is back in the driver’s seat! Get ready to go fur-throttle with Crash™ Team Racing Nitro-Fueled. It’s the authentic CTR experience plus a whole lot more, now fully-remastered and revved up to the max. Start your engines with the original game modes, characters, tracks, power-ups, weapons, and controls. Power slide to glory in additional karts, tracks, and arenas from Crash™ Nitro Kart. Race online with friends and Crash the competition with online leaderboards. Customize your ride and swag out your racer with n. sane kart items and skins. With Crash™ Team Racing Nitro-Fueled, the stakes are high and the competition is fierce. It’s the CTR you love, now kicked into the highest gear. INTERNET REQUIRED for Wumpa Coins, Grand Prix, online multiplayer, and other features.”

Burnout Paradise is on this list because it does feel like an arcade racer. You can make other cars crash out of control and do incredible stunts to gain an advantage over your opponents. Burnout Paradise also has a ton of content and a multitude of different racecars. You can have exotic cars, mini bikes, motorcycles, trucks, and even the Delorian. It’s also an open-world racing game that allows you to just travel throughout the streets with your friends.

Synopsis: “Relive the high-octane stunts and wanton destruction of one of the greatest arcade-driving games ever. Featuring a range of technical enhancements for higher visual fidelity and authenticity, it plays natively in 1080p on PlayStation 4 and Xbox One, and in 4K at 60fps on the PlayStation 4 Pro, Xbox One X, and PC. Wreak havoc in the ultimate driving playground, at home or on the go, with Burnout Paradise Remastered on Nintendo Switch, available now! Burn rubber and shred metal across the open roads of Paradise City while discovering jumps, stunts, and shortcuts. Wreck your friends online or join forces to demolish hundreds of online challenges.”