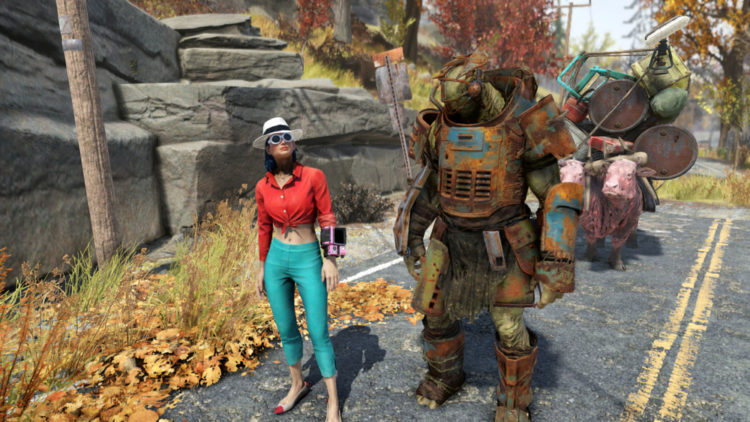 The Fallout franchise is one of the better-known RPG franchises that can be found out there. For those who are unfamiliar, it is set in the post-apocalyptic remnants of what was once the United States of America. However, the Fallout version of the country wasn’t supposed to be the same as its real world counterpart. After all, it had a retrofuturistic, atompunk-inspired look to it. Furthermore, the Fallout version had degenerated into a fascistic oligarchy before the nuclear exchange, which explains much about the Enclave’s murderous shenanigans. In any case, the Fallout franchise has been around for two-and-a-half decades, meaning that there have been a considerable number of Fallout games.

Yes, there is a Fallout Pinball. It exists as both a standalone app and as a part of three pinball collections made by Zen Studios. There isn’t much to be said about Fallout Pinball because pinball is pinball for most people out there.

The Fallout franchise has seen a number of spinoff games. Fallout: Brotherhood of Steel is an excellent example. It was an action RPG. However, it was one of those linear action RPGs with an overwhelming focus on combat to the exclusion of other concerns. As such, Fallout: Brotherhood of Steel was quite different from Fallout 3 and 4. Regardless, the game was somewhat entertaining but no more than that.

It is easy to confuse Fallout Tactics: Brotherhood of Steel for the aforementioned game. However, it is important to note that this was a turn-based tactical RPG rather than an action RPG, though it shared the emphasis on combat. On the whole, Fallout Tactics: Brotherhood of Steel was received well enough in its own time. Unfortunately, it was made at around the turn of the millennium, meaning that it hasn’t aged very well.

Fallout 76 is more difficult to rank than the other Fallout games. Primarily, this is because it had an absolute disaster of a release. For example, Bethesda games have a reputation for buggy releases. However, Fallout 76 was buggy even by those standards. Similarly, Bethesda made a strange choice to have no human NPCs whatsoever, meaning that it removed one of the elements that people enjoy about the main Fallout games. Still, it should be mentioned that Bethesda didn’t just give up on Fallout 76 but has instead provided it with continuous support, with the result that the game that exists now is much better than the game that was released.

Fallout Shelter would be the most recent of the spinoff games. It is a free-to-play simulation game in which the player ran their very own Vault, which was meant to generate interest in the lead-up to Fallout 4 as much as anything else. However, Fallout Shelter proved to be surprisingly charming in its own right. It has some serious issues such as its microtransactions as well as its lack of substance, but even so, it is quite decent for what it is.

Fallout 4 is the most recent of the main Fallout games. It was successful enough. However, Fallout 4 had a lot of the same issues as its predecessor, with an excellent example being its less than impressive storytelling. Still, it is enjoyable enough. Moreover, it is big enough to offer interested individuals hours and hours of entertainment, meaning that it offers decent value.

Released in 1998, Fallout 2 received a lot of praise for both its story and its gameplay. Unfortunately, it had a couple of major issues that prevented it from placing higher on this list. One, Fallout 2 had a lot of bugs. Two, it wasn’t much of an improvement on its predecessor, though that wasn’t too bad considering its general excellence. Still, the fact that Fallout 2 was widely regarded as a worthwhile successor speaks volumes about the game.

Fallout would be the game that started up everything. It didn’t quite come out of nowhere. After all, Fallout is considered to be a sort of spiritual successor to the first Wasteland. Even so, there can be no doubt about the fact that its success made everything else possible. For that matter, Fallout was influential beyond the franchise as well. It is considered to be one of the best games ever made, so much so that it actually played a significant role in reviving consumer interest in RPGs in the late 1990s.

The Fallout franchise was once owned by Interplay. Said company is apparently still around. However, it is no more than a shadow of itself because of financial struggles in the 2000s, with the result that it winded up in bankruptcy court not once but twice. As such, the Fallout franchise was picked up by Bethesda, which proceeded to make Fallout 3. Said game has its issues. Still, it is no exaggeration to say that it heralded a new era for the franchise as a whole by being a very successful open world RPG, meaning it deserves an extra measure of recognition for much the same reason as the game that started it all.

Fallout: New Vegas is one of the post-Bethesda games but it wasn’t made by Bethesda itself. Instead, it was made by Obsidian Entertainment, which generated a fair amount of excitement at the time because said company included some of the same people responsible for the original games. As for the results, well, Fallout: New Vegas wasn’t perfect, as shown by how a sizable chunk of the game was planned out but never finished. Even so, there are a lot of people out there who consider it to be the single best Fallout game because it managed to get both the storytelling and the gameplay right.