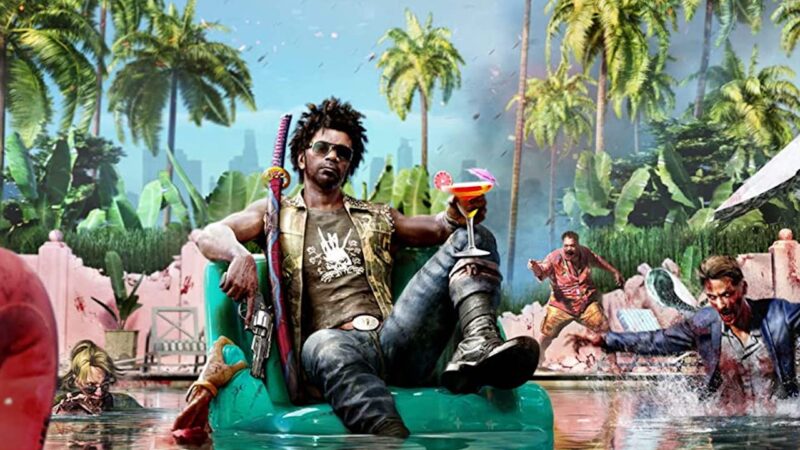 Dead Island 2 is one of those games that have been rumored, yet nowhere to be seen, for a long time. This time around, the game will be taking place in a popular region of California. Even though this game’s predecessor took place in New Guinea, the shift to an American landscape is certainly a different take. So, the original Dead Island was released back in 2012. Which, by the way, was an entire decade ago by now. There was speculation on whether or not this game was canceled. However, lo and behold, a recent trailer was dropped earlier this year. Given the long wait, and various changes in the industry, Dead Island 2 very much seems to be the same satirical, bloody romp the original was. Of course, there have been some notable enhancements to the gameplay. Not to mention various sprucing up with the fidelity. The most recent gameplay trailer has a lot to take in.

However, there is no question that Dead Island 2 has a colorful, and zany world to explore. It’s almost within the same realm as the Far Cry games. At least, in terms of aesthetics and carnage that is seen in the trailer. However, it very much still has the Dead Island sense of experimentation with its weapon system. Which, many would argue, is what this game is best known for. However, since it’s been ten years since the newest installment has been in development, things have certainly expanded for this sequel. For starters, this game won’t be set on an island by any means. Instead, it will be taking place in Los Angeles. Complete with landmarks and other notable locations. The city will be fully explorable, teeming with places to go and zombies to slay. Yes, the zombie hordes this time around are more complex and dense in numbers, offering unlimited opportunities to toy around with zombie slaying like its Play-Dough.

To start with Dead Island 2, there will be six different characters to choose from. Naturally, they all come with their own stats. The thing is that there will be a cornucopia of ways to mold and shape up these characters as any player best sees fit as the game progresses. Thus, every character comes with their own dialogue and personality. One will be jazzed up with all the zombie killing, while another will be grossed out, for example. All specs can be tweaked and players will be free to create any build they want. Things won’t be cemented in place once they’re unlocked. The combat in this sequel is way more nuanced, along with a distinctly layered dismemberment system. The melee is faster, crunchier, and more “in your face,” so to speak.

There will be dozens of zombie variations. Some will be nimble and quick, in which players can smack around with a candle stick. Others appear to be a bloated, lumbering types. Most likely exploding or releasing noxious gas when defeated. Thus, hundreds of designs have been created. All reflecting the sunny California lifestyle. They will flood the screen, all with various animations and textures. Weapons come in anywhere from baseball bats to fire axes. Of course, in true Dead Island fashion, they can be dressed up for extra damage. Things like wired batteries on pipes that inflict electrical damage. Thus, the environment can be used for defense, as well. Like dropping a transformer into some water to fry a horde. Not to mention, blowing up fuel trucks. It’s also worth pointing out that there will also be firearms. Even though melee is the sole focus of combat, mowing down zombies is always a good alternative.

Dead Island 2 can be played via single-player, of course. Additionally, there is also a co-op feature in which up to three players can team up. How general mechanics of how co-op will be implemented is still up in the air. However, the single-player campaign promises to be an epic adventure across the streets of Los Angeles. There will be an entire cast of characters to encounter. No doubt, offering missions, side-quests, and errands to partake in. Hopefully, this game won’t fall into the standard tropes that other open-world games are known for. It remains to be seen how exactly the mission structure in this game will be implemented. Also, it is also questionable how this will work with co-op features. At least, concerning how they will interact with each other during cut scenes. Whatever the case, it’s fun to think about what kind of hijinx co-op will bring.

One interesting feature that Dead Island will bring will be a new “voice feature” that’s connected with Amazon. With the Alexa device, players can speak to it, which will be directly correlated with the game’s mechanics. Gamers will ask something like “where is the nearest gas station?” Then, Alexa will ping it on their screen. On a more tactical note, players will also be able to taunt or trick zombies by shouting at them. Of course, they will respond accordingly. So, this definitely opens up the door to all kinds of opportunities. Not to mention, this will also help with the chore of navigating a map, trying to find every useful place. Hence, this voice feature will offer a more immersive and organic way to interact with the world of Dead Island 2. It will be interesting to think about what other things this feature could do with other games in the future.

So, given all the rumors about Dead Island 2 over the years, it is good to see that it is happening. Not only that, but it’s coming out fairly soon, too. Thus, there is also some innovation coming with it, that could break up the monotonous layout that other open-world games have. When, whenever Dead Island 2 finally drops, it will be available for PlayStation, Xbox, and PC. Hopefully, there won’t be any more delays and players can finally sink their teeth into this zombie adventure that has been ten years in the making.

Rome wasn’t built in a day, and neither are Mass Effect 3 reviews. I can only play so much of a game on day one, and judging by my 40 hour save file from ME2,…

Mods are one of the huge perks of playing in the PC. One of the factors that influenced me to build my own PC was the fact that I could mod some of my favorite… 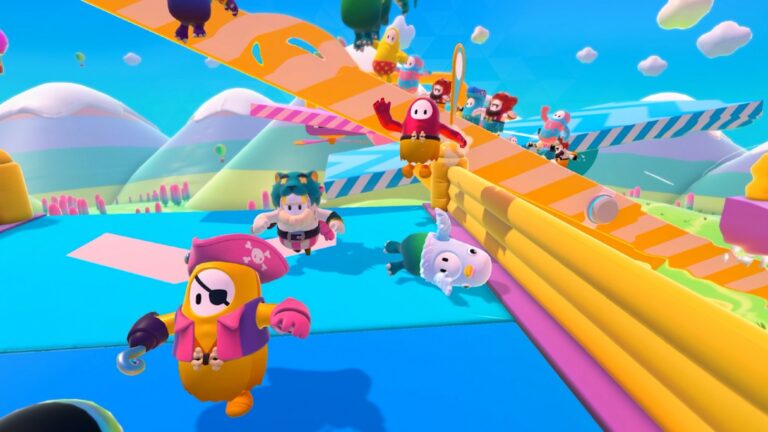 Fall Guys, possibly the only game that could be compared to Fortnite in terms of near-instant popularity, has been available on PlayStation and PC for quite some time now with Nintendo Switch and Xbox users…

httpv://www.youtube.com/watch?v=KdeY1v6jC7Q We don’t usually, or ever, talk about music on this site because well, frankly, I’ve always been told I have terrible taste in music by like, everyone. I can’t exactly disagree. I mostly only… 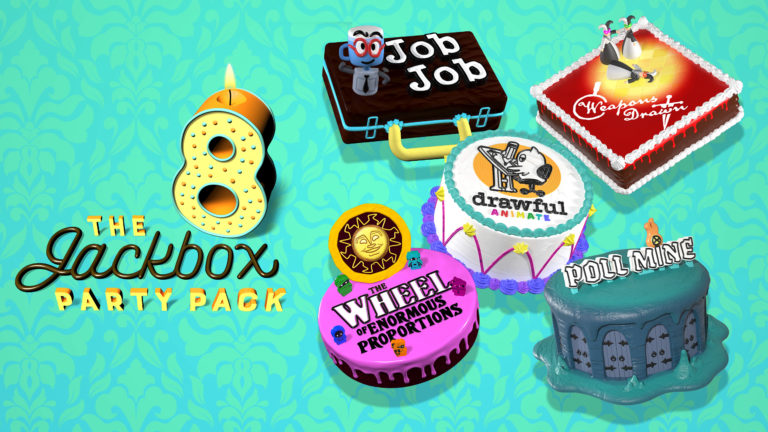 Multiplayer games have been a saving grace to gamers during this whole pandemic. We’re able to chat with friends and enter different worlds with them. Games like Apex Legends, Warzone, Fall Guys, Among Us, and… 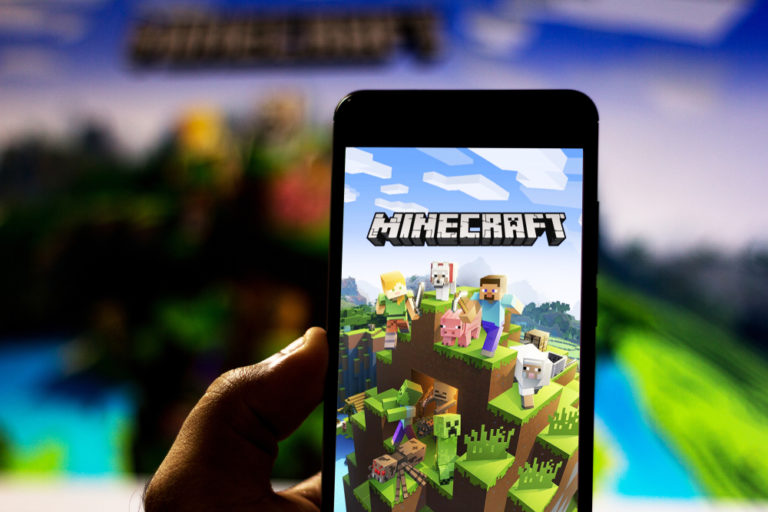 Gaming has become one of the favorite pastimes among the population for more than just a few years now. Since the start of the COVID-19 pandemic and the lockdowns that came with it, a surge…