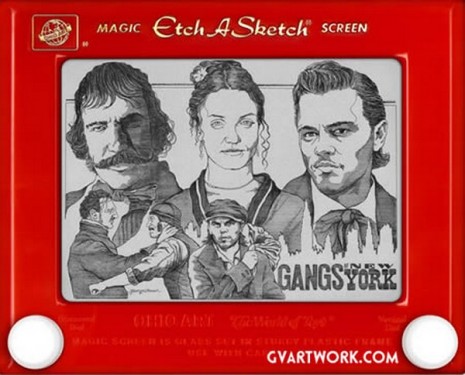 I’ll never understand how some people go about adopting random skills like this, but with six billion people in the world, everything has an ultimate master.

The king of etch-a-sketch is none other than George Vlosich, who has been using the contraption since he was two. Somehow, he’s able to creat these masterful pieces of art on them, which are far better than anything any of us could draw by hand, much less doing so with two knobs and one continuous line.

Check out his work below, and if you think this is photoshop like I did initially, watch this video which shows him doing it live. 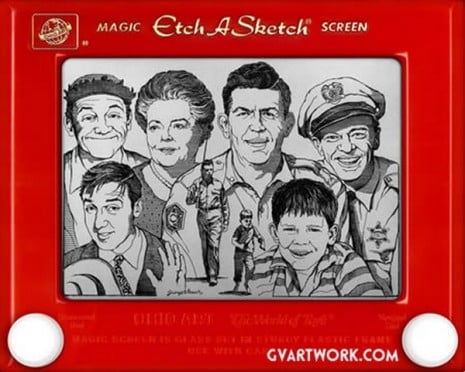 httpv://www.youtube.com/watch?v=gspaoaecNAg&feature=channel So this isn’t from a movie or TV show per se, but every so often I see an internet sketch comedy video good enough to post here. The group’s name is the Harvard Sailing…

Usually if you see Japanese Schoolgirls on the internet, you’re on a very different type of website, but there’s nothing weird going on here today. Well, maybe a little weird. But it has nothing to…

From: InsertName on Ten of the Baddest Fictional Movie Weapons Oh you [insert expletive], How could you possibly forget [insert weapon I just randomly looked up on Google just to sound smart and/or like a…

I smell some kind of movie idea coming on.  It’s Friron Man!  Part Fro, Part Iron.  He uses his afro as an impenetrable force to smash through walls as he flies in a torpedo like…

It’s rare for an author to publicly admit that something was outright wrong with one of their famed books, but this weekend JK Rowling did just that, and made me very happy in the process….

From all of Ash, to all of you.  Have a wonderful day.