I spent the better part of yesterday’s lunch hour reading a live blog of Apple’s iPhone 5S announcement, even though there were absolutely no reveals to be had. Such is the power of this beast called internet—there are no secrets! We knew pretty much exactly what were were getting last week. As I was munching on some Pirate’s Booty and watching the feed refresh, I suddenly thought, when did I become such a tech head? Oh right, because GAMES.

I’ve done a list of quality mobile games before, and one of the commenters asked that I round up some free offerings the next time. Today’s your lucky day, thenottakenname! But here’s the rub: I don’t want to send you all out with a bunch of ugly, grind-or-pay, or ad-heavy games crowding your new devices. That ain’t how you treat a champagne iPhone.

The good news, for those of you with champagne taste and beer bottle pockets, is I curated a list of free games that will look right at home on the new iPhones. The great news is they’ll work just fine on older models, and Androids too.

Dots: A Game About Connecting

I was turned on to this gem by a game critic friend of mine, and it’s what inspired this post. I’ve always been a big Bejeweled fan, especially when traveling to and from work. But as someone who constantly writes long-form personal essays on the emotional and aesthetic powers of video games, Bejeweled sometimes seems a bit…pedestrian, for lack of an even more pretentious term. Enter Dots, a game just as addictive as the aforementioned puzzler and way, way classier to look at.

A while back I decided to go for a full-on Zynga purge and boycott, despite my love for Words With Friends. I probably don’t need to go into why I wanted to get rid of anything and everything Zynga, but suffice to say I’m not a fan of their business practices. In any case I needed a new word game to fill the void, preferably one that allowed me to, well, play with friends. Letterpress is that game and I dare say it’s even more fun than WWF. It’s sort of Scrabble meets Go, as you don’t just compete to create more words, but also to claim territory on the board.

This simple and addictive game uses your phone’s built-in accelerometer for the controls. The goal is as straightforward as can be: don’t crash. It’s relaxing yet fast-paced, and there are downloadable level packs if you ever feel inclined to create your own and share with friends.

I’m a big, big fan of this developer, not only because they’ve created a couple of great games (Flood-It! and Flood-It! 2 are equally good), but they’ve thoughtfully provided an option for color-blind players, which is shown on the right side of the screenshot above. As the friend of someone with red-green colorblindness, my hat’s off to Labpixies. The goal is to flood the board with one color by tapping the color palette along the bottom of the screen. I realize that’s not the most descriptive explanation of the gameplay, but you like games and it’s very intuitive. You’ll figure it out.

Okay, this one isn’t classy in the slightest. But who cares? It’s about a robot unicorn who smashes stuff. It’s also legitimately fun and has a really great soundtrack. Just get it. It’s the twinkie hidden amongst the fois gras and caviar. Upscale? Certainly not. Slightly embarrassing? Sure. But you’ll stuff your face with it when no one’s looking. 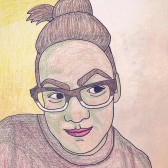