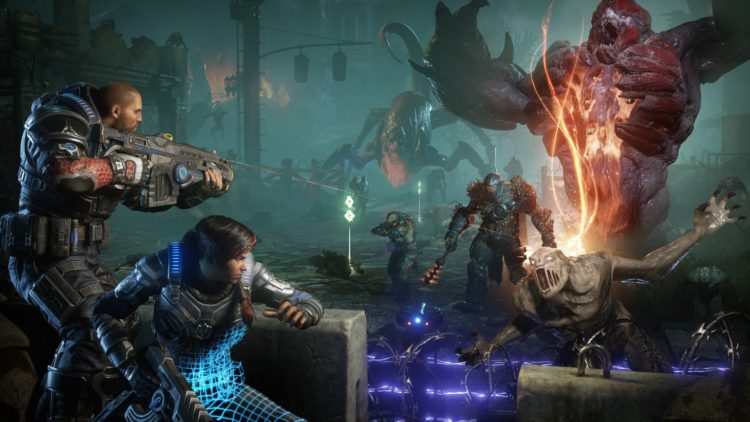 Gears 5 is a new third-person shooter that has been launched for the PC plus the Xbox One. Despite its name, it is the sixth installment in the Gears of War series. Furthermore, it is the second installment to be made by The Coalition rather than Epic Games. As a result, Gears of War fans might want to check it out sooner rather than later. Here are 10 things that you may or may not have known about Gears 5:

Gears of War has been Gears of War since it came into existence in the mid 2000s. As a result, some people might be surprised by the latest installment being called Gears 5. However, this is no mistake but rather an intentional choice on Microsoft’s part based on two reasons. One, it is more convenient. Two, it is a natural choice because players tended to refer to the Gears of War series as the Gears series anyways.

2. The Protagonist Is Kait Diaz Rather Than JD Fenix

3. The Studio Head Justified the Decision By Comparing Its Predecessor to Mad Max: Fury Road

This choice of protagonist was bound to prove controversial with some of the player base. As a result, it made sense that some of the people behind Gears 5 would seek to preempt their blow-up by explaining their thoughts for their choice. In particular, The Coalition’s studio head Rod Fergusson pointed out that Gears of War 4 was Kait’s story in much the same way that Mad Max: Fury Road was Furiosa’s story, meaning that the choice of protagonist for Gears 5 was a very natural one.

4. The Story Is Still Focused on Kait Diaz

Of course, this means that the story of Gears 5 is still focused on Kait. Much of it is focused on Kait finding out the exact nature of her connection with the Locust as well as why everything that has happened to her has been happening. However, if people are curious, they should know that Gears 5 has been out long enough that they should have no problems finding spoilers for the entire title. Regardless, the choice of Kait for the protagonist was presumably meant in part to help players connected with her on an emotional level, which has always been critical for any kind of storytelling.

5. The Tone Has Been Compared to a Road Movie

On a related note, the tone of Gears 5 has outright been compared to a road movie by the studio head. For those who could use a refresher, road movies feature their protagonists out on a road trip with the result that they are a popular means by which to explore themes such as self-discovery. However, the one concept that was brought up by the studio head in connection with the road movie comparison was “variety.”

6. Gears 5 Reveals How the Locust Came Into Existence

The Locust has played an important role and continues to play an important role in the story of the Gears of War series. Since Gears 5 is so focused on Kait’s process of self-discovery, it makes sense that it would cover how the Locust came into existence. Something that is revealed over the course of the game.

7. Gears 5 Is Very Concerned with the Hammer of Dawn

It might interest people to know that the story of Gears 5 is also very concerned with the satellite-based laser called the Hammer of Dawn. Unfortunately, the system’s usefulness as a weapon of incredible destructive potential is still hindered by the fact that it still has some serious issues, which is why one of its roles in the story of Gears 5 is to serve as a source of conflict.

Multiplayer has been an important component of shooters for a very long time, so it should come as no surprise to learn that Gears 5 supports online multiplayer as well as local multiplayer with a maximum of three players. For those who are curious, the local multiplayer is handled using a split-screen system, which should enable interested individuals to get in on the fun as a team without compromising too much on the play experience for them.

9. There Is a Terminator Crossover

Terminator: Dark Fate is set to come out on October 23 of 2019. Considering how its more immediate predecessors were received, it makes sense for the people behind the movie to make an extra effort with a wide range of methods when it comes to marketing. One example would be how Terminator: Dark Fate is having a crossover with Gears 5, which should come as welcome news for those who are fans of both franchises. Curious individuals should know that the crossover is an add-on, though it should be mentioned that it will be made available free of charge for people who pre-ordered as well as people who played early access.

10. Expect Both Sarah Connor and the Terminator T-800 Endoskeleton

For the add-on, expect both Sarah Connor and the Terminator T-800 Endoskeleton, which makes sense because those two are some of the most iconic symbols of the Terminator franchise as a whole. On top of that, the studio head commented on Sarah Connor’s story being similar to Kait’s story in that they are both outsiders who become critical figures in the fight upon being pulled into a war that they used to have no part in. Regardless, curious individuals might like to know that Sarah Connor will be voiced by Linda Hamilton, who is also making a long over-due return to the role for Terminator: Dark Fate.

I may not play World of Warcraft due to the fact that I equate it with trying Crystal Meth “just to see what it’s like,” but that doesn’t mean I can’t appreciate a damn good…

I’ve written before that I’m cautiously fascinated with Japanese culture.  Some of their commercials are enough to give me a seizure with all the flashing lights and colors, and more often than not, I feel…

It can be hard to stand out in an era where webcomics would tend to blend together over time. You need a unique art style, or a unique concept to make yours stand out. Zack… 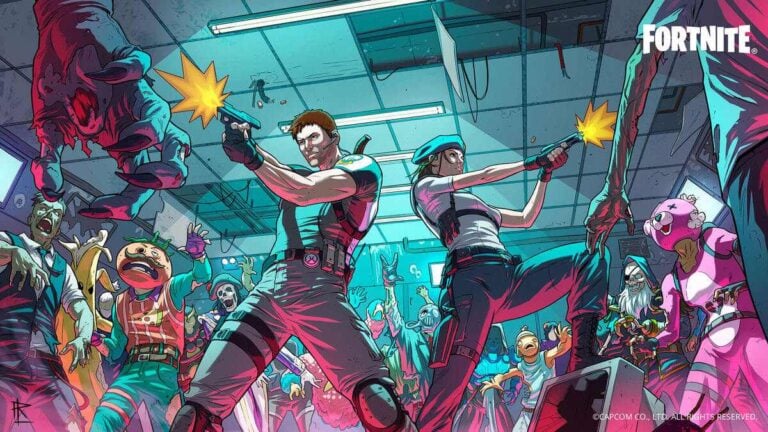 Resident Evil is one of the most popular franchises in gaming, with over 100 million copies sold since the series began in 1996. The series helped usher in the survival horror genre before going on… If you’re a good artist and doing a “Disney Princesses as X” post these days, you’re gonna get a feature here, and today is no exception. Artist LiberLibelulu worked up a series showing the girls…