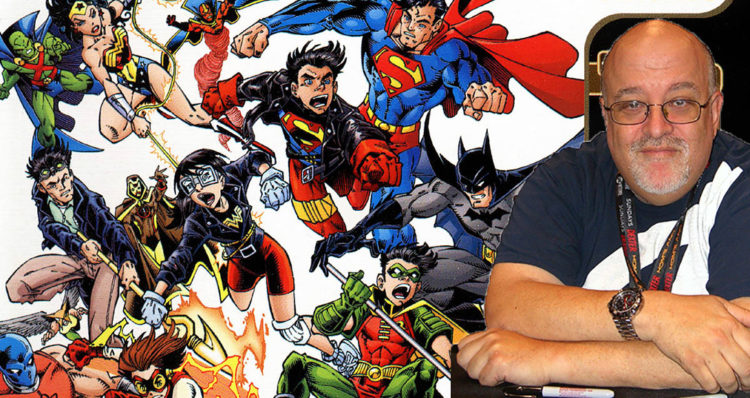 Peter David stands out as a prolific writer for about two decades still shining brightly as he ages. He started out strong and is upholding the strength as he ages. He has several novels published with huge successes. Even better, some of his novels turned to some of the bestselling movies. While many know him as the comic book writer, there is much more to know about Peter David that will amaze you with equal measure to his work.

10. He has a diverse collection

Peter is not a one-genre type of writer. His collection will range from comic books, short stories, as well as both fiction and non-fiction books. While he diversifies, he ensures that the different books stand out to give his fans what they have always enjoyed reading.

On several occasions, Peter has made it to the New York Times Bestseller List. Just to mention but a few, bestsellers include Star Trek: New Frontier, The Incredible Hulk, and Spiderman amongst others. This tells you that he not just writes, but he puts his all into what he loves to do.

It is one thing for a book to capture an award after its release but is something else if the same book remains an award-winning book against competition for more than a decade. His book, The Incredible Hulk is an award-winning twelve-year book that still impresses many comic book lovers to date.

Peter David is a family man. However, he has been in two marriages something many may not be aware of. He was married to Myra Kasman between the years of 1977 and 1998. As from the year 2001, he married Kathleen O’Shea.

Peter David is a legend in this field and he never seems to disappoint. He has earned several awards starting as early as the year 1992. In 1992 he was awarded the Eisner Award, wizard Fan award in 1993, Haxtur Award in 1996, the GLAAD Media Award in 2011 just to mention but a few.

5. He is not American from his parents

While his citizenship reads American, his grandparents from his father’s side went to the United States from Germany. David’s mother, on the other hand, is an Israel-born Jewish. However, since he was born in the United States, he became a citizen by birth.

4. Introduction to his career was through his father

His interest in writing grew from his father who was a journalist. His father reviewed movies and when the opportunity availed itself, he carried along David. In some reviews, the father included some pieces of David’s opinion on the movie reviews.

3. He has a bachelor’s degree in Journalism

Peter David is not just all about comedy with no education background to back him up. With an interest in writing, he wanted to venture into journalism. He went to the New York University where he graduated with a Bachelor of Arts degree in journalism. After attaining the degree and taking on a few journalism projects, he lost his interest and followed his love for fiction stories.

2. He was behind the weekly opinion column, “But I Digress…”

In the year 1990, he started writing for a section of the Comic Buyers Guide, But I Digress…. As an anonymous fan. He wrote for the editors Don and Maggie Thompson.

1. David gives back to the society

It is important that fans feel appreciated. After writing for the column, But I Digress…, David donates his earnings to the Comic Book Legal Defense Fund. Appreciating fans who believe in what he does is a noble gesture.

The above are 10 things you did not know about Peter David in his life and that of his career. Having started as a comic fan, his interest diminished as a teen with the thought that he must outgrow it. Later, he rekindled his interest and in no time, was making it big in the industry. He is probably one of the most appreciated comic book writers as he seeks to attract his fans attention and for the right reasons too.