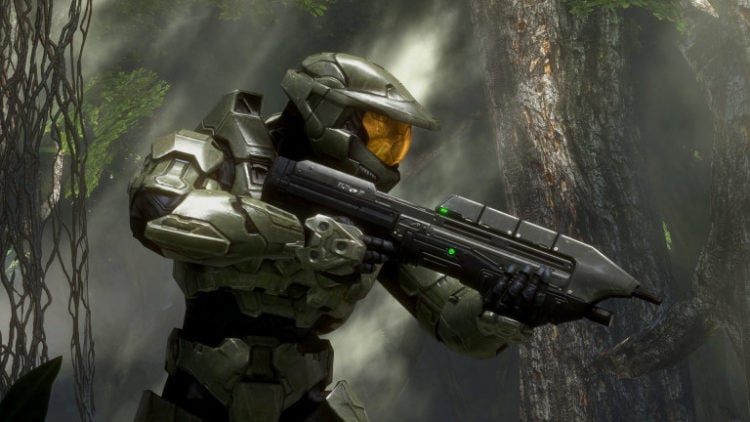 Halo: The Master Chief Collection is one of the most anticipated collections in the Halo video game series. Since the release of the original released in November of 2014, for Xbox One, then later for Microsoft Windows in 2019 and 2020, players were given plenty of gaming diversity in one convenient set. Most recently the enhanced version of the collection was released in November of 2020 for the Xbox Series X/S, but does it live up to the hype?

It’s been a mixed bag for the Master Chief Collection. Some avid gamers are just happy that it’s out and following a chronological progression, but others have their misgivings about it living up to the hype. According to Wired, the hype was intense before the 2014 release of “Halo: The Master Chief Collection.” Players looked forward to taking a nostalgic walk down the old paths of their formerly favorite games. Most gamers experienced the thrill, excitement, and anticipation of the release of the new collection of old favorites. It started out with four games and the rumor that Microsoft had finally gotten it right on these was the most exciting part. When players jumped on board at the launch, their excitement soon turned into disappointment and anger. There were so many bugs that it interfered with play. There were serious problems throughout the games.

Overview of the excitement

The prospect of having all six classic Halo games together in an enhanced version for Xbox One X with support up to 4K UHD and HDR is enough to thrill most games who are entangled in the web of Halo frenzy. The official Xbox website gave us plenty of reason to be excited. The epic journey spelled out for us what we could expect. The prospects of a refresh with new features boosted the hype and anticipation with promises of offline LAN support, faster load times, intelligent download for specific content, better graphics, and optimization and refinements to matchmaking. These were some lofty promises.

The collection is rated as Mature for ages 17+, which is a plus for enthusiasts who look forward to blood and gore along with violence and language that is most appropriate for more mature players. It’s a gem for older teens and adults, but that hasn’t seemed to slow down the young ones who have built their gaming skills to high levels of proficiency. Users do interact so it’s a good idea to supervise the young ones who have access to the content that is rated above their age level. It’s something that happens so take it easy on the younger players because they’re going to be out there regardless of the ratings. With 343 industries involved in the collection, it’s got to be good right?

The “Halo: The Master Chief Collection” for Xbox One gives members access to the collection on console and more than 100 high-quality games with the reasonably priced Game Pass. There have been a few great discounts to make it even more affordable. It covers six Halo games that are designed for seasoned players as well as those getting in on the action for the first time.

A few disappointments out of the gate

4K Ultra HD isn’t available on the Xbox One or Xbox One S consoles. Enhanced features for Xbox One X is going to be subject to the release of a content update. Unless you have an Xbox One X, you won’t get the 4K resolution or HDR support. While technology is consistently moving forward, this is just one of the consequences and it won’t affect all players, but for some, it could be a minor disappointment, but certainly not a deal-breaker

The games included in the collection

At least some of the hype revolved around the games that were chosen for inclusion in the collection. “Halo: Reach,” “Halo: Combat Evolved Anniversary,” “Halo 2: Anniversary,” “Halo 3: ODST (less the Firefight mode),” Halo 3,” and “Halo 4” to PC with “Halo 4” as the last to be released according to PC Gamer. First, we look at Steam’s launching of the PC versions for “Halo” and “Halo 2.” They’re giving you another option here. With 343 industries working on the PC version, there’s a reason for excitement but have they delivered so far?

The “Master Chief Collection delivers more than 120 multiplayer maps. There are plenty of campaign missions available. 67 of them will keep you busy for hours of multiplayer enjoyment. The collection is designed to “evolve and grow” in time. The developers have thrown in the promise to accept community input on the evolution. This means that after the launch of each game, you’re likely to see more features added. That’s something that everyone can get on board with.

For PC players a few cool features that are greatly appreciated are available. We’re putting this in the positives category for the collection. The toggle for classic audio for multiplayer, Mouse and keyboard input support and customizable key bindings are noteworthy. A few more things you’ll see are ultrawide along with alternate resolution support, and text chat. Two experimental features that we’ll know more about later include adjustable FOV and Variable Frame Rate support. The Halo games are being released in their chronological order, but the PC version will sell as a pre-purchased package and as individual titles. First is Reach, then Combat Evolved, 2,3, ODST, and then 4.

The team decided to stay with the TU settings to give the game the best balance. The title update was released near the latter part of Reach’s life cycle and is used across the multiplayer mode with rebalanced armor abilities. It made a big difference in weapon bloom. The priorities remain the same as the original adventure, but the 343 has promised to refresh the multiplayer progression in all aspects of the game with a more modern approach. You can track your progress and you will also be able to unlock rewards. One of the most exciting features will be the addition of multiplayer seasons and each of them will have its own theme. You’ll be able to cash in “season points” earned mid-season for more unlocks in “Reach.” Although there isn’t a system that will apply them retroactively to other Halo games it’s a cool feature.

The “Halo: Reach” for PC has had issues with lag on firefight matches, but the development team believes they’ve found a way around that. They’re moving from synchronous to dedicated servicers for campaign co-op and Firefight. The dedicated servers should be able to handle the workload to eliminate the lag for more consistent and smooth gameplay. Forge and Theater modes are in the works. Although they are not going to be included soon, the development team is looking at their update to happen in the future. You could view the current absence as a downside, but it’s better to look at it as something to look forward to in the future. It’s a huge challenge for the team but they believe it will happen a bit later in the road map. The team shared that they know it’s a drag for the time being, but they’re taking their time to do it right so there will be fewer issues (hopefully) when they do launch.

“Halo 5” will not be available in a PC version. Because some of the games are so old the development team has had its work cut out to try to bring them up to par with some of the latest available features. They’re still checking out the particulars about what more can be supported on these games. We aren’t likely to see a split-screen co-op though. Bringing a 360 game into the PC platform with rich features isn’t an easy task and some features are not likely to translate well. As of the last check, there isn’t official mod support for “Halo: Reach” yet, but you can still perform your mods without the support and customize away by trial and error. There is some support in the campaign and custom modes. On a brighter note, there is a way to work around the anti-cheat tools in the game. Another downside is that although you can get around the anti-cheat, you won’t be able to play any matchmade games. They’re currently looking at content for the Halo Custom Edition. The development team is actively exploring options for raising the bar a little higher.

We’ve looked at a few of the pros and cons of the “Halo: Master Chief Collection” with an open mind. There is no getting around the fact that it was hyped to the max. Although some of us are responsible for taking it to the limit with our expectations, it’s reasonable to have at least some of the items on our wishlists fulfilled. It seems to have done that to a degree, so far, but it’s important to consider the opinions of those who take a more hard-core approach to critique the shortcomings. PC Invasion believes that the 343 industries cold have done a lot more to improve the games in the collection. They do point out that the issues that have long plagued “Reach” players are still present in “Halo: Combat Evolved Anniversary.” The developers did deliver on uncapped framerates with support for ultrawide displays and 4K resolution, but the technical issues and lack of fluid animations caused erratic behaviors that definitely interfered with gameplay. While the issues are certainly no worse than they were in the original release, it would have been nice to play without them for an encore.

“Halo: Combat Evolved Anniversary” has been released several times, even with a remaster in the last two decades. One would think that within that amount of time, the developers would come up with a few better fixes, but that hasn’t been the case. The problems with the spawns, delays or non-responsiveness in the input, issues with the co-op, and split-screen multiplayer omissions are still a part of the mix. This has been a disappointment for quite a few players. They’ve been vocal about it. The gist of PC Invasion’s reviews is that there aren’t any deal breakers in the collection. Hard-core fans will be happy with it on a few different levels. There are some cool new features, but there is certainly more, in their opinions, that could have and should have been done.

“Halo: Master Chief Collection” has been hyped as much as any other new release. Players have had their hopes and expectations for fixes to old problems. These are not going to be forthcoming any time soon. While there is hope that we’ll see them in the future, expect to have a nostalgic gaming experience with many of the old issues that you had in the past. There will also be quite a few new features that might even help make up for the trouble. Although Microsoft has promised that we’ll see more features coming in the future, we’ll have to wait and see. They’re currently working out some of the bugs. We’re not quite sure about the timelines regarding when we can expect to see some of the promises fulfilled. There are enough new benefits to make it worth putting up with the same old problems to relive some of the same glorious moments in both single and multiplayer environments. Can “Halo: Master Chief Collection” live up to the hype? The answer to the question is: for some, it will, and others will lodge a volley of complaints. 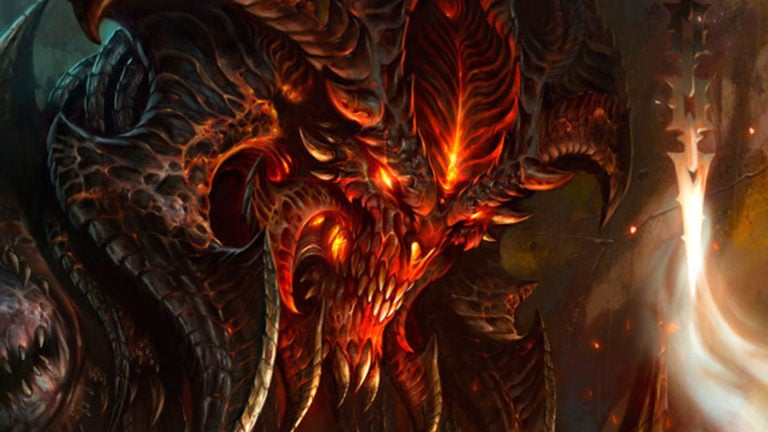 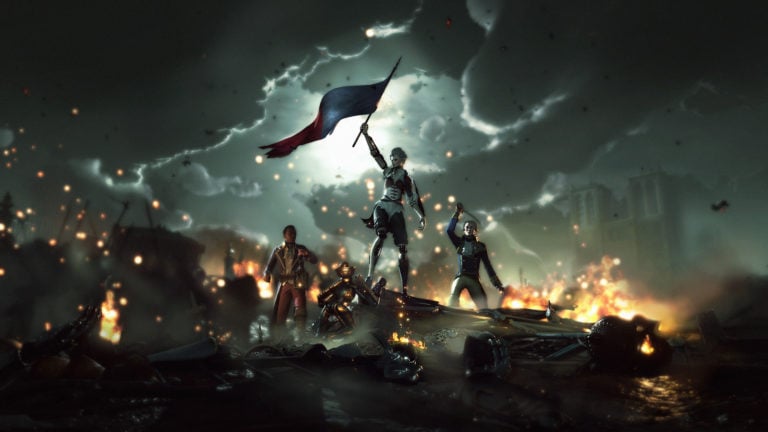