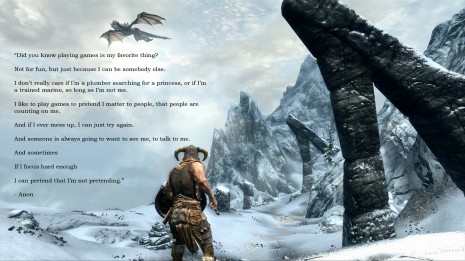 I’ve always prided myself on the name of this site. I think it’s catchy, cool and fits with what we cover here on a day to day basis. When Nattyb first said he wanted to start a site with me, I had one idea, and one idea only for the name: “Unreality.” We didn’t even discuss another possibility.

But I’ve never really gone into the roots of the name all these years, and it does have roots. Back in junior high and high school, my AIM screen name was TheUnreal418. It was about the time I really started to get into movies, TV shows and video games. Sure, every kid grows up watching Sesame Street and Power Rangers and such, but you don’t really start to appreciate media as something other than just loud noises and flashing colors until you get a bit older. Eventually it can really start to mean something to you.

And it meant something to me, it really did. Once I started watching films and shows and played games that meant something, it was easy to get lost in those worlds. It was even easier when real life wasn’t so great.

To complain much about my childhood or adolescence would be something out of first world problems to be sure, as I had amazing parents and subsequently a great upbringing. But like any 11-17 year old, I struggled with many issues that come with adolescence, including friendships (or lack thereof), bullying, depression, the race for popularity, etc.

I had an internal philosophy during these troubled times, “The Unreal Life is Better.” That is, the life I could imagine living when I was fully engaged a favorite movie or show, or lost playing a favorite game. “Unreality” was a world I lived in, and often times, it was better than the one labeled “real life.” 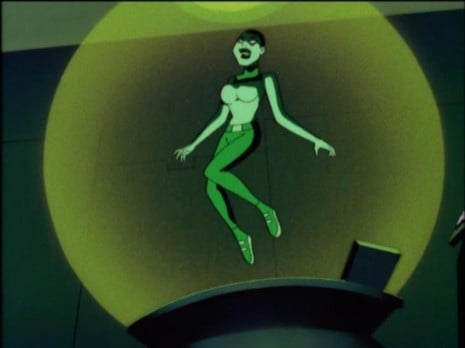 My favorite episode of Batman Beyond when I was younger was called “Hooked Up.” In it, the villain, Spellbinder, got teens addicted to virtual reality machines. In them, they could be anyone they wanted, from a rock star or super soldier to a slightly more accomplished version of themselves in their own life. They became hopelessly addicted to this other life, one that was leagues better than their own. “I would do that,” I thought to myself.

As gaming evolves, I can see us arriving there someday. After all, why live life when you can have one that’s so much better online? It’s already happening as people live entire lives inside World of Warcraft or The Sims, ones they find more worthwhile than their own. If I’m a level 80 Paladin, it doesn’t matter I have a crappy job in my other life. If I have enough Sim friends, it doesn’t matter I don’t have real ones. For them, the Unreal Life is better.

Eventually, I grew up. I stopped worrying about how cool or popular I was, and managed to wrangle a great assortment of friends (and a few girlfriends as well). My acne clearing up and a foot tall growth spurt certainly helped things along. For those following my actual life story hinted at in these web pages, I’m currently engaged to a fantastic girl and doing what I love for a living. Life couldn’t be better.

But still, there’s always that draw of Unreality for me. Moments when I want to get lost in those fictional worlds, and do. It was a coping mechanism when I was younger, and it can still be one today at times. Some people might get high or smashed when they’re sad or lonely. Rather, I’ll sit down and watch nine episodes of Doctor Who, tearing up at the end of practically every one. 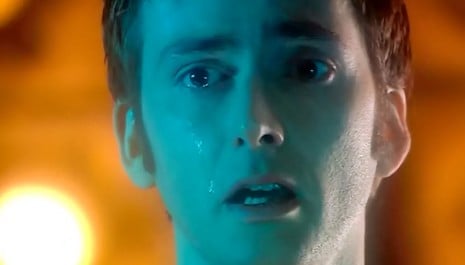 There’s something in my eye, I swear.

With my friends scattered across the country, and a recent move to a new place where I know no one, the lure of Unreality calls again. I’ve sunk countless hours in Diablo 3 and Guild Wars 2. I’ll watch Happy Endings, an incredibly funny show, and find myself sad at the end wishing I could refashion a close group of friends like that once again.

In truth, Unreality, as the name of the site, does reflect all the fun things that are associated with all forms of escapist media, from Pokemon cosplay to Nic Cage photoshops. The primary purpose of entertainment of course is just that, entertainment. The overwhelming majority of the time, I’m watching shows and movies and playing games because I like them, not because I’m self medicating. There’s nothing like sitting down in a theater, bristling with anticipation as The Dark Knight Rises starts to play, or when you turn on your Xbox and see the snow capped mountains of Skyrim for the first time. I do what I do because of moments like that. Of all the big things I look forward to in life, marriage, a family and so on, I still get excited thinking about the great movies I have yet to see or the great games I have yet to play. It energizes me.

Escapism can be good when moderated, bad when abused, like almost anything else. I know I’m not alone in my history with Unreality, even if others haven’t called it that, but it’s rarely talked about openly. Perhaps this was something of an overshare, but it’s nice every so often for you to get a glimpse at who I am and where I’ve been. Fortunately for me, I’m now at a point where I love both Reality and Unreality, and have found a balance for the two to peacefully coexist. It’s not that simple for others, where the latter isn’t their full time job.

If you’ve ever had an experience similar to my own regarding this, I’d love to hear it in the comments. Or if you think I’m just crazy, I suppose that’s a fair assessment as well.