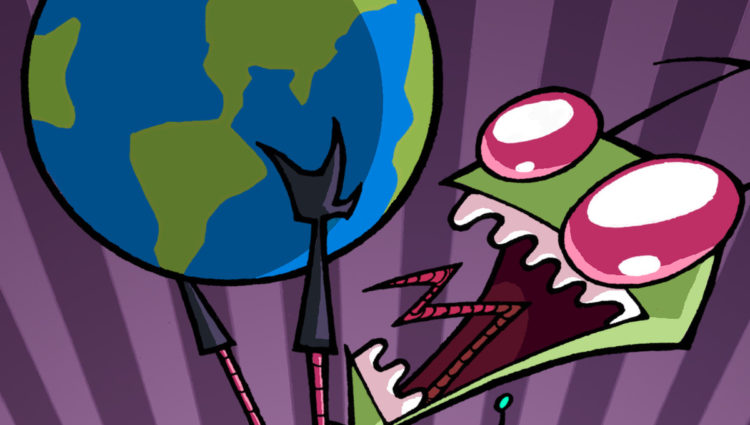 People who were watching Nickelodeon in the 2000s might remember an animated show called Invader Zim. After all, the show started up in 2001 and continued on until 2002. After which, some of the episodes from the unfinished second season that hadn’t been broadcast managed to make their way to interested individuals through various means in 2004 and 2006.

On the whole, Invader Zim is an excellent example of a show that can be labelled as a cult classic. It was not particularly popular in its own time. For proof, look no further than the fact that its ratings fell over time, which turned into a self-perpetuating problem when more and more budgetary issues started popping up. Eventually, the problem became so bad that Nickelodeon could no longer justify its continuing existence from a financial perspective, thus leading to its cancellation before its second season had even finished being made.

With that said, it should be noted that there are complexities to the situation that can be overlooked with such a simple summary. For example, Invader Zim was popular with not just the critics but also viewers between the ages of 14 and 18, which is perhaps unsurprising when the show was launched as an attempt to win over older viewers. The problem is that Invader Zim‘s numbers with Nickelodeon’s core viewers between the ages of 2 and 11 were very bad, so much so that there were shows with half of its budget that was nonetheless managing to get double the desired rating with that particular demographic. Curiously, Invader Zim started faring better after its cancellation, perhaps because it continued to receive reruns that enabled it to reach more and more people. Said popularity is reflected by its Internet presence as well as its higher than normal merchandise sales, meaning that it has earned its reputation for being a true cult classic.

As for the story of Invader Zim, well, interested individuals should know that the show is centered on the titular character, who is a very short alien from the planet Irk who has been tasked with the conquest of the Earth as well as the enslavement of the human species as a kind of de facto banishment. In this, he is helped to some extent by his robot servant GIR, who is dressed up as a dog when out in disguise. However, Zim is also opposed by a young boy named Dib, who is obsessed with aliens as well as the paranormal.

What Are the Chances of an Invader Zim Reboot?

Considering that the show has been off of the air for close to two decades, interested individuals might not have much hope for the prospects of an Invader Zim reboot. However, it should be noted that the show proved to be popular enough that a comic book series managed to get off of the ground in 2015, with the result that it is still ongoing in the present day. Moreover, it seems that Nickelodeon has at last made the choice to take another chance on Invader Zim, seeing as how it has announced a new TV movie called Invader Zim: Enter the Florpus. Unfortunately, we don’t actually know much about the upcoming release save that it will see the reunion of the original cast of voice actors, but as the release date continues to approach, it seems likely that more information will come out at some point in time. Under these circumstances, it seems safe to say that if Invader Zim: Enter the Florpus manages to do well in terms of viewership as well as associated sales, there is a very real chance of seeing a full-fledged revival of the show.

Is Now the Right Time for an Invader Zim Reboot?

Of course, there is still the issue of whether now is the right time for an Invader Zim reboot. Certainly, the present is a nostalgia-rich era, meaning that there might be room for something that will remind adults of their childhoods, particularly since Invader Zim was meant to target a somewhat older audience in the first place. However, time and time alone will tell whether the bet will be successful or not, though the fact that the comic book series is continuing on should provide interested individuals with some cause for hope.