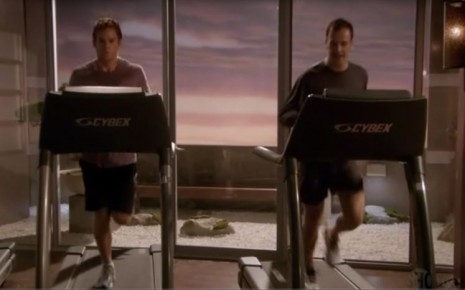 This week, on a very special Dexter…

Alright not really, but it’s about as close as we’re going to get to an episode like that. Things had to settle down eventually as the last two weeks of the show have been non-stop action, so we had a more relaxed pace with only a few major plot developments. But I did dig this week’s episode as it fully revealed a side of Dex I’ve suspected exists for a while now.

The whole premise of the early seasons of Dexter was that he’s trying to blend in and have a normal life, which is why he brings people donuts, goes bowling and has a girlfriend. There’s one quote I remember where he’s talking about emotions, and he remarks he would feel something ” if he had them.” Compound that with that one episode where his father shows him his serial killing brainscan with low compassion and high aggression levels, and it’s clear that he’s not normal. Serial killers aren’t nice guys after all, are they?

But that theory defeats the entire premise of the show, which has built Dexter up to be some kind of moral superhero (literally, in season two he had his own comic book), who always does the right thing to protect the innocent, even if it is outside the law. 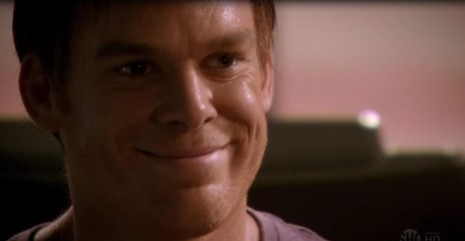 Alright, well that smile is kind of fake. But he can be actually happy!

And as he grew close to the kids and Rita, and interacted with his friends and sister, and now more recently Lumen, it’s clear that’s all bullshit. The guy DOES have a emotions, and he does feel close to those around him. It may be hard for him to realize or admit, but it’s true.

This manifested itself very clearly this week, where the main plotline was the return of Astor and Dexter dealing with her friend’s abusive father. Yeah, it seemed like something out of a Law and Order episode, and sort of out of place for the Dexter universe, but cemented the idea that despite what he says, Dexter is a moral person. When you think about everything he’s done, it’s only been in the service of killing bad people and protecting innocent lives. In fact, I can barely think of a time where his actions weren’t justified in some way. He’s called himself a monster for years, but I think he’s underestimated the clarity of his own soul.

But enough about the grand moral schema of the show and its star, stuff actually happened this week and it’s worth commenting on here. The season’s main plotline only had minor developments, but pretty important ones. Dexter sees that Jordan Chase wears a blood vial around his neck (subtle) and swipes it for a blood sample. Chase realizes something is up, and by the end of the episode calls Lumen and lets her know he’s knows what’s up. I thought he figured things out a bit too quickly, as how the hell did he make that connection so fast? I know people have been disappearing, but why suspect Dexter? Did he actually notice that one drop of blood was missing and his locker was a ajar a quarter inch?

OMG THIS GUY I’M HELPING IS A SERIAL KILLER HELPING MY EX-VICTIM STALK AND MURDER ME HOW DID I NOT SEE THIS SOONER!”

Miami Metro is being a pain the ass again as file clerk Deb unearths DNA evidence that places “three or four others” besides Boy Fowler as handling the dead barrel girls. The show is just being purposefully ambiguous about the number now, between this, the guys in the picture and Lumen’s fuzzy memory. I think after Chase there’s one more surprise bad guy that’s going to be revealed, and I’m not even sure Dex will get to him in time. Tick, tick, tick, that’s the sound of the current season running out.

Switching over to the SERIES plotline, which is the grand investigation of Dexter Morgan and his dark secret, which was started by Doakes and continued by Quinn, who picks just the wrong time to go soft, as Robocop has just snapped shots of Lumen and Dex dumping luggage overboard on his boat, which he suspects is “narcotics or a body.” Having just sparred with Deb over his initial suspicions of Dexter being Kyle Butler, Quinn wants to throw in the towel, but Robocop wants to press further. It’s unclear now whether Quinn will be so rejected by Deb he goes back to the investigation, or if Robocop will do it on his own. Either way, it’s not looking good.

As for the Astor plotine, there’s not much to say other than it’s good to see the kids haven’t been written out of the show. Dexter’s handling of the situation was appropriate (you can’t really murder a man for some stomach punching, can you?), and it was nice to see him finally profess his parental love for Astor. I didn’t understand the whole Harrison calling people “Mama” thing. Does he think whoever picks his toy up fills that role? Kind of strange, and I’m not sure the show knows what to do with him other than pass him around like a football. 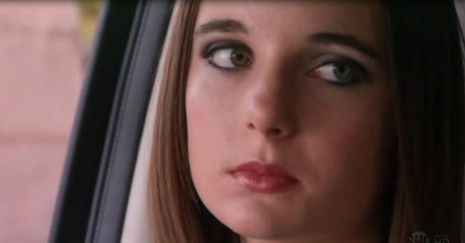 It is extremely disconcerting twelve year olds actually look like this nowadays.

Presumably next week the hunt picks up for both Chase and Dexter, with each now pursuing the other. I think we’ll know who comes up on top, but what will be lost in the process. NOT LUMEN. DO NOT KILL LUMEN. Phew, just need to get that point across. It’s OK to have recurring characters that don’t die after a season, and I think that’s a lesson the show needs to learn. And if she did die, that would mirror the last season far too closely.