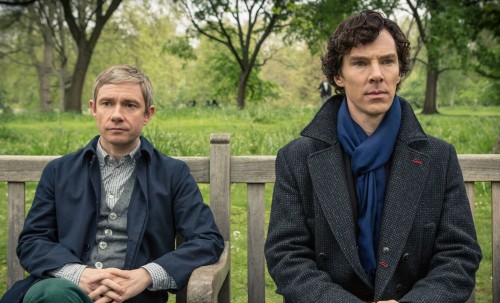 When Sherlock hit the airwaves in 2010, I immediately began pitching it to everybody I knew. Despite closely following the feature films helmed by Guy Ritchie, the BBC version quickly became my Sherlock Holmes of choice. While the Downey, Jr. takes on the character are certainly engaging, they ultimately seem to miss the point of the material they mined.

Sherlock was different. Unlike the Downey movies, it didn’t succumb to the temptation to jam its title character into the mold of an action star. It really seemed to GET the character, delivering a modern detective who really solved cases with his mind and his eyes.

Unfortunately, three seasons later I’m just about fed up with the whole thing.

Major SPOILER ALERT, by the way.

Though the first season of Sherlock seemed like a revelation at the time, its second go-round raised some serious concerns. Like the first season, the second was maddeningly inconsistent, and in the exact same manner. Both oscillated from crackerjack opening episodes, to generic part twos, to ambitious but deeply flawed season finales.

Despite adoring the cast, the insane pacing, and general fun of the show, after seeing that particular pattern emerge twice in a row I had to admit that I was concerned.

Then Season 3 came and went and… well, you read the title of the article. Though, to be honest, I kinda saw it coming. 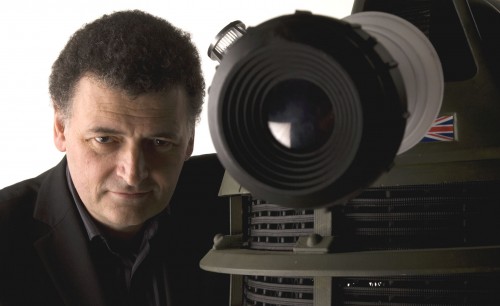 Steven Moffat was one of my absolute favorite writers a couple years ago. He wrote about a dozen absolutely sensational episodes of Doctor Who, from the fan-favorite Blink to his brilliant holiday adaptation of A Christmas Carol. His tenure as Who showrunner, however, revealed more of his weaknesses than I was prepared for.

Over the past three seasons, Moffat’s Who has gotten messier and messier. Its descent recently culminated in the horrifically botched arc of Clara Oswald. Given this, I approached the new season of Sherlock with a bit of trepidation. Sadly, Moffat’s bad habits seem to have finally gotten the best of him.

Admittedly, perhaps some of the blame lies with co-creator Mark Gatiss. His name pops up in the series’ credits just as frequently as Moffat’s. Also, while Moffat can still point to his earlier Who output as proof of some now-latent genius, while the episodes Gatiss wrote for that show are uniform in their mediocrity.*

So, I suppose the only fair assumption to make is that the current struggles of the show resulted from a mix of Gatiss’s high-concept misfiring and Moffat’s increasingly messy hero worship.

And oh, Sherlock is absolutely hero worship. The women of the show love him and the men never stand a chance of besting him. The characters don’t evolve so much as mutate; their emotional states and motives are at the mercy of whatever the show needs for its next episode. And the show is nearly entirely Holmes-centric. 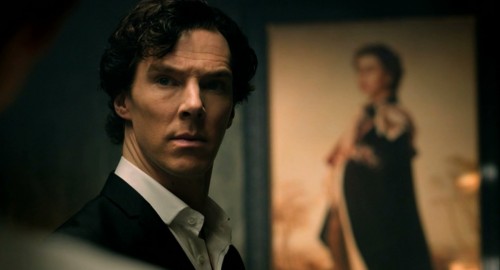 In fact, of the half-dozen major side characters, nobody seems to have a life at all aside from their interactions with the rude detective. Even in “The Sign of Three,” the high point of the series, we’re treated to a montage of everybody talking about him. John’s getting married, and all anybody can talk about is Sherlock Freakin’ Holmes.

No matter how much the show asks us to care about these folks, the supporting cast of Sherlock is almost entirely textural. There’s precious little substance to be found.

Side note: For those of you still wondering why Moffat has a reputation for writing terrible female characters, look no further than Jasmine Akram’s Janine in eps. 2 and 3 of this season. What motivates her character? She’s attracted to Sherlock Holmes. Why? Because. By the way, this is the same Sherlock Holmes who self-identifies as a sociopath and keeps human remains in his kitchen. Does she have any scenes that tell us anything else about her? No. How does she react when he fakes a proposal to her? She’s pretty much fine with it. Does she impact the narrative at all? Not really.

Which is all well and good, since Season 3 proves beyond a shadow of a doubt that very little of consequence can happen in the world of the show. Rather than run down a list of examples, why don’t I go with one of the biggest reveals in the show: Mary’s lies to John. Here’s a character who marries the co-lead of the show, effectively turning the partnership between Holmes and Watson into a triangle. This is a big deal! It’s real character stuff, you know?

Anyway, after an admittedly touching sequence in “Sign of Three” where Sherlock blesses their marriage, “His Last Vow” drops a bombshell. Mary’s a liar. She’s lied about her past deeds, her heritage, even her name. Her entire persona is a fabrication.

How long does it take before John decides this doesn’t matter? About two scenes. And then, guess what… it doesn’t matter. Just like how, later in the episode, Sherlock’s exile doesn’t even last until the credits roll. I could cite a ton of other examples, but this one should do. Sherlock is consequence-free.

Not that they don’t work overtime trying to hide it. The stylistic tics of the show’s presentation are kicked into a high overdrive this go-round; the once-cool effects simply become too much of a muchness. A sequence where Sherlock Holmes has to search inside his head for the proper direction to fall after being shot in the gut is initially thrilling, but descends into self-parody by the time it gets around to including a spitting, snarling Moriarty in addition to the family dog. 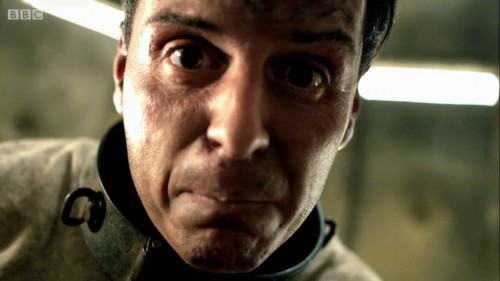 Nevermind the known fact that the fourth season has been announced, and they’ve already fake-killed Sherlock once. There are better ways to spend the runtime of this show than trying to fool its viewers into genuine concern for the title character. Like, maybe, actually developing that character in a coherent manner. Sentimental monologues, though often lovely, don’t count.

More than anything, this season just felt like one long bit of fanservice. I mean that both in the minor sense — like the recurring gags about phrases to put on a t-shirt — as well as in larger story beats. I’ve never seen a moment more desperate to be put on tumblr than that bit in “Sign of Three” when Sherlock, for no reason and completely out of character, decides to prance about in a bearskin hat. That wasn’t Sherlock, it was Doctor Who.

The thing is, I used to be a fan of the show! But I wasn’t a fan because of “fan-service;” I was a fan because the show got me invested. Its characters were sharply drawn and superbly acted. Its plots were inventive. Its presentation was slick and evocative. Fan service works in opposition to virtues like these; it’s a common vice that forgets one simple truth: Fans love the work before you start pandering to them.

Like so much fan service, the constant winking at the camera in Season 3 destroyed the reality of the show, and my investment along with it. Couple that with the bad habits of the men in charge, and you can count me skeptical until further notice.

*I really almost dug “The Crimson Horror,” but the episode completely failed to bring together any of its cool ideas into a coherent plot. That season is pretty rough all the way through, though.