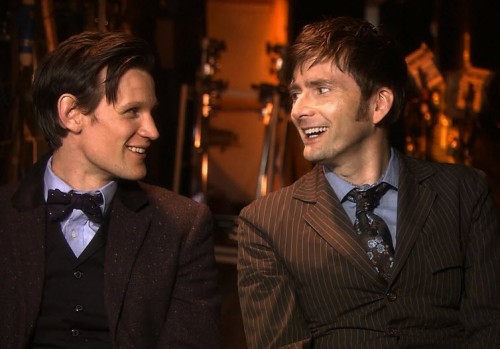 Man, this article has been months, years coming. A long while ago, I finally decided to catch up on yet another big TV sci-fi “thing” I’d missed out on, Doctor Who. The British shows I grew up with were Keeping Up Appearances and Are You Being Served, and I never watched the original series before the reboot.

I didn’t think it was wise to attempt to slog through dozens of years of old Doctors, so I took everyone’s advice and just went with the 2005 reboot. Since then, I’ve gone through three Doctors, a few dozen episodes, every Christmas special and the recent 50th anniversary spectacular.

I’ll sum up what I’m about to expand on here. Christopher Eccelson’s Doctor was enough to get me interested. David Tennant’s Doctor made me love the show and understand all the fuss. Matt Smith’s Doctor made me waver and by the end almost had me lose interest entirely.

With different doctors and different showrunners, the show hardly feels like a cohesive whole at all, which I guess is part of the appeal because there’s nothing else like it on TV. While I appreciate the ability of the show to change its face and tone, it does sort of make you wish for the “good old days,” back when your favorite actors and writers were still around. Even now I’m not sure if my interest can carry over into the new Peter Capaldi era because of how bored I was of the show by the end. So much so it almost made me forget all the greatness that had come before it. 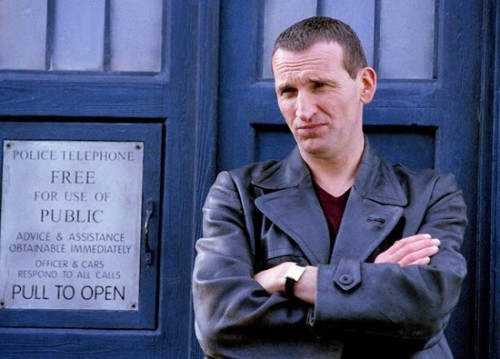 I did like the Eccelson introductory era, even if he was a bit miscast with his leading man looks, stocky frame and leather jacket that seems wildly out of place in retrospect now that I’ve seen the full line-up of Doctors. But his six-year-old-staring-wide-eyed-at-the-world personality was right on point, and we also were introduced to Bille Piper’s Rose Tyler, who was, and would prove to be, the Doctor’s best companion in my opinion (incite nerd rage debate here).

It was hard to get used to the pure silliness of Doctor Who in the first seasons. Having never seen the show in the past, when monsters like Cybermen and Daleks started showing up, it was hard not to laugh. Really, this trashcan shaped thing can more or less end humanity? Sure, okay.

Eventually, you learn to fear the goofy props and rubber suits. The writing of the show was revealed to be so good, the cheesiness of it all didn’t matter. These could be compelling and menacing villains even if they didn’t look it. These stories could be heartfelt and breathtaking even if the entire thing seemed like a children’s show at first.

It was when we moved to Tennant’s era that I realized the true promise of the series. Between the writing and his portrayal of a zany, brave, vulnerable, lovestruck, lonely Doctor, he gave the character real depth. 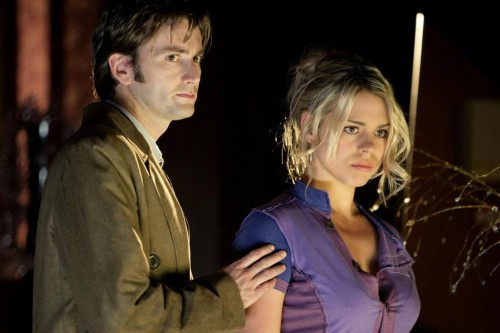 There were simply so many good episodes from Tennat’s era that it’s hard to count. The obvious one, Blink, remains one of the best TV episodes of any show in history, even if follow-ups with the Weeping Angels weren’t quite as good. I also like “Turn Left” quite a bit, even amidst the rather confusing Donna Noble Era, and all of Tennant’s finales were incredible.

It pains me to say it, but honestly the reason Tennant’s Doctor worked so well was because of his enduring relationship with Rose Tyler. It pervaded the show when she was still present in his storyline, but her absence was felt just as strongly when she left. No other companion/Doctor relationship ever really felt right after her, whether it was Martha Jones and her unrequited crush or Donna Noble and her brother/sister vibe.

What little I did like of the Matt Smith era was because of Karen Gillan’s Amy Pond. While I think she was a better character than Rose Tyler, her relationship with the Doctor wasn’t as good, and therefore the show itself wasn’t as good. It was a strange situation when you liked her and her boyfriend/husband Rory more than you did the Doctor himself. The unquestionable highlight of the Rory/Amy/Smith tenure was the River Song saga, as that was beautifully set up and executed. 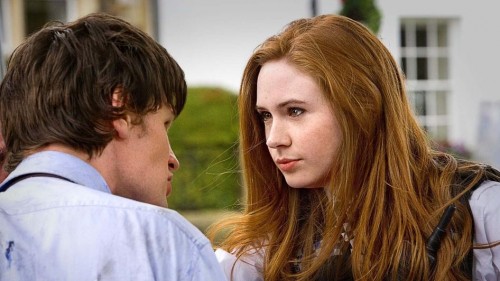 Smith’s era fell apart completely for me once Rory and Amy were abandoned (rather abruptly, I might add) and Clara Oswalt came along. While all the companions and the Doctor had some sort of relationship, from what I can tell, Clara and Smith’s Doctor essentially had none. They were just…there. Sure, they saved each other from this and that and Clara is perfectly cute and quirky, but there was nothing to her, and therefore, no emotional weight with her relationship to the Doctor. If she sticks around the Capaldi era, I can’t imagine it’s going to be able to hold my interest.

While I blazed through Tennant’s years in a two weeks, Smith’s final season took me the better part of six months to finish. Each episode seemed to drag longer than the last, and even the much hyped Christmas and 50th anniversary specials didn’t really move me.

I think the problem that I grew to see with the show over time is the complete lack of stakes. I know it’s all supposed to be in good fun and you can’t take anything too seriously, but when you create a world where literally anything is possible, it can start to lack any real drama. The scenarios that they come up with for the major plotlines of each season (the destruction of earth! the end of the universe! the end of time! the death of the doctor!) all are seemingly massive in scope, but even before you get near the ending, you’re well aware that the Doctor will make a big, boisterous speech and pull something out of his ass to save the day. When he does so in an entertaining fashion, it works, but when it’s just another day of saving all of time and space, it starts to grow tiresome. 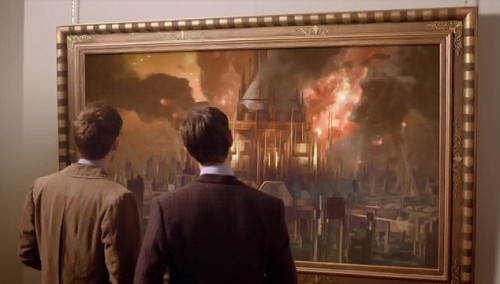 The show sets up rules and then breaks them all the time. Something was a fixed point in time, until it isn’t. The Doctor is out of regenerations, until he isn’t. The Time Lords are all dead, until they aren’t. It reminds me of this latest season of American Horror Story where half the cast was killed off and resurrected so many times, death no longer meant anything. Now, each new problem the Doctor is presented with, you know he’ll just technobabble a solution out of the ether and everything will be okay. All the arcs have started to feel the same.

The show has just lacked a human element for a long time now. David Tennant was always brimming with seemingly genuine emotion, and therefore so was I at the end of nearly every episode. Smith was much harder to relate to, but at least he had Amy Pond for a while. But when it just became him and Clara? The show lost any and all weight it used to have.

I don’t know what the future holds for Doctor Who. I think Capaldi could be an interesting choice to mix things up, but Clara has got to go for the show to have any chance at holding my interest. Episodes should be crafted with more care than they have been, not simply pulled out of a hat the way they’ve seemed to be lately. “Let’s see we’ll have the DALEKS in MEDIEVAL ENGLAND and the Doctor allies with an OOD to stop them from UNLEASHING A GHOST PLAGUE UPON THE WORLD.”

There’s nothing wrong with a show that’s very relaxed on the rules of sci-fi and time travel, so long as it manages to be entertaining and occasionally emotional. When Doctor Who did all of the above, it was one of the greatest shows I’ve ever seen. When it was missing those pieces, it barely seemed worth my time.  I hope the winds will change once more.

I wrote a short post last week which drew more of a response than I was expecting. In it, I asked what exactly the deal was with “bronies,” a group of adult males who for…

My favorite thing about fantasy and sci-fi is that you get to enter worlds and realms entirely different from our own. That’s what I love about writing in that genre, I get to draw up…

The Imitation Game seems like the least talked about film that’s in contention for the Academy Awards. It’s had a constant presence at all the smaller ceremonies but it hasn’t been any match for it’s…

Before it was turned into a shitty M. Night Shyamalan movie, The Last Airbender was a shockingly good American anime show on Nickelodeon with an actual fanbase, myself included. Also in that camp must have…

Talk about dedication. This group of cosplayers took a look at Mike Wrobel’s amazing retro Game of Thrones illustrations (which have been featured here many times) and decided they’d look good in real life too….

(click to enlarge) I’m not a die-hard Community fanboy like many others who are constantly comparing its imminent demise to the death of Arrested Development (but it keeps being saved from that fate), but there are a…